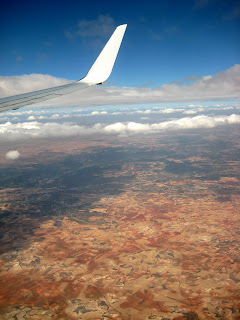 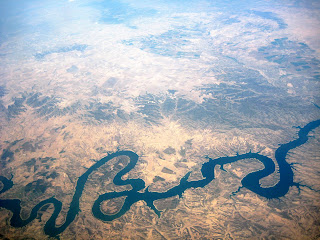 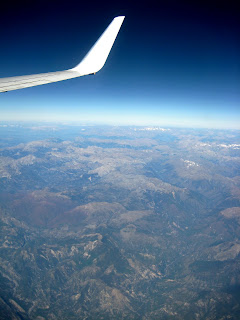 So, my flight left from Italy to Spain at 11:15, so I left the hostel around 8 because I had to catch two buses to get to the airport. I made it there with plenty of time, but had to readjust a lot of my luggage because it was too heavy again--I guess I'll have to layer up the clothing again for my next flight so I don't have to worry about moving things around again!
I got through security and whatnot, and it was a pleasant two hour flight. After this, I got to the Madrid airport and asked at the Information desk how to get to the bus station so I could go to Granada. They told me I had an hour-long trip on the metro to get there, so I sat down and had a quick lunch at the airport. After I got to the bus station, I bought my ticket to get to Granada, and waited for about 45 minutes before I started the five hour bus ride. I got to Granada around 9:30 at night, then took a bus to get to the hostel. The directions were a bit confusing, and I didn't end up getting to the hostel until 10:30 at night, and discovered it was closed. So, I walked around a bit, spotted a hotel, and booked a room immediately. It was nice to spend a night in a room by myself, where I didn't have to worry if I would be able to take a shower right away in the morning. It was great to relax after 14 hours of waiting or being on a train/bus/plane.
Posted by Unknown at 9/24/2009 03:43:00 PM