Photo of the Week 3: Nakhon Sawan

I have lived in Nakhon Sawan, Thailand for a little over three months now. I haven't really posted much about the city, though, so I plan to fix that in this post!

A few facts about Nakhon Sawan:
First off, my favorite place in the city is Sawan Park. I go there quite often to just walk around and/or read a book. There are lots of little restaurants, market stalls, a kickass smoothie place (that only uses fresh fruit), and lots of great opportunities for people watching! There are also basketball courts, badminton courts, a place to paint small pottery items, and you can buy stale bread from an old lady to feed the gigantic catfish that live in the pond at the center. I can definitely be seen here every Sunday in time to watch the sunset, despite the bird-sized mosquitoes that seem to love me. But the sunset never disappoints! 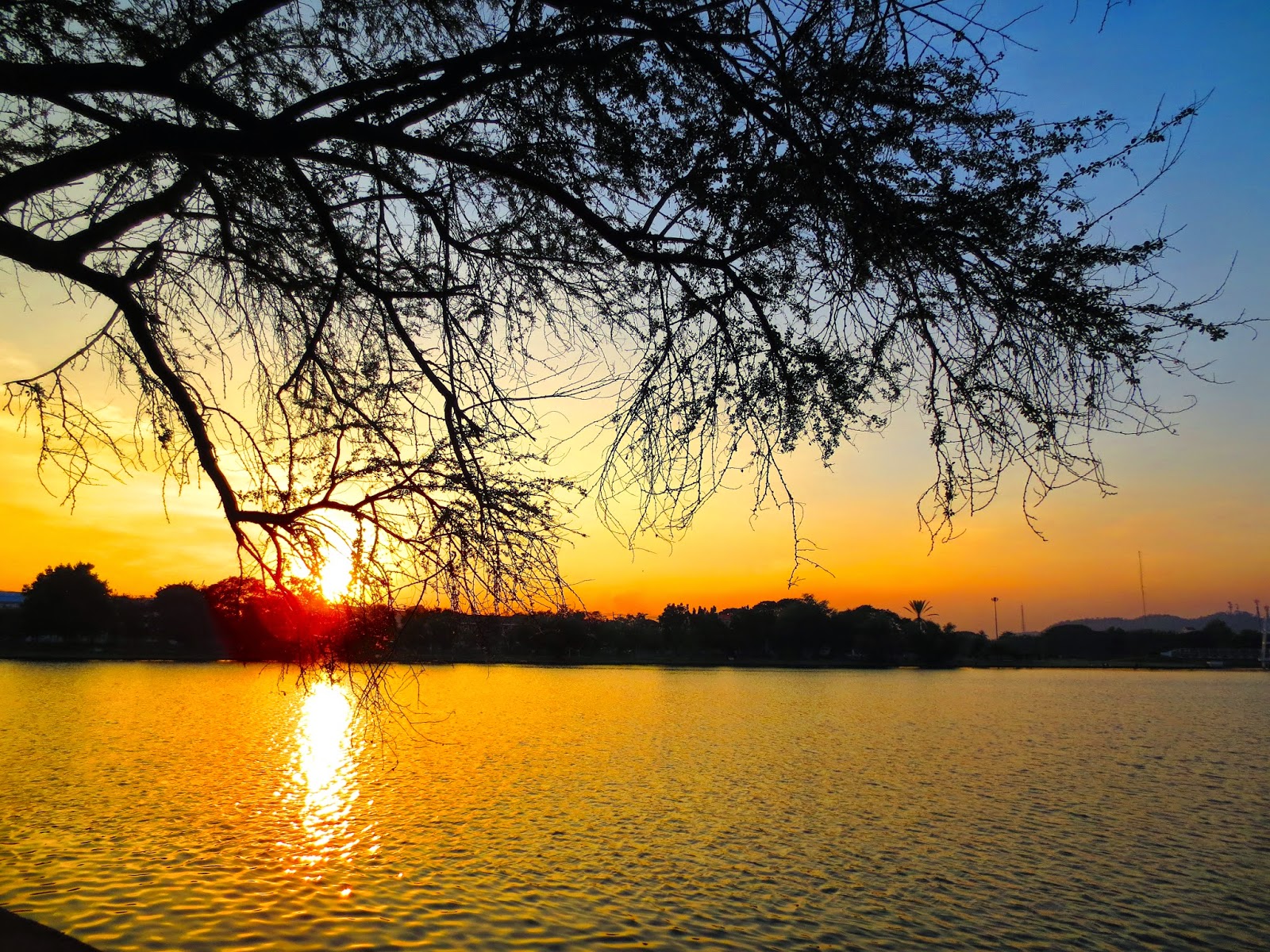 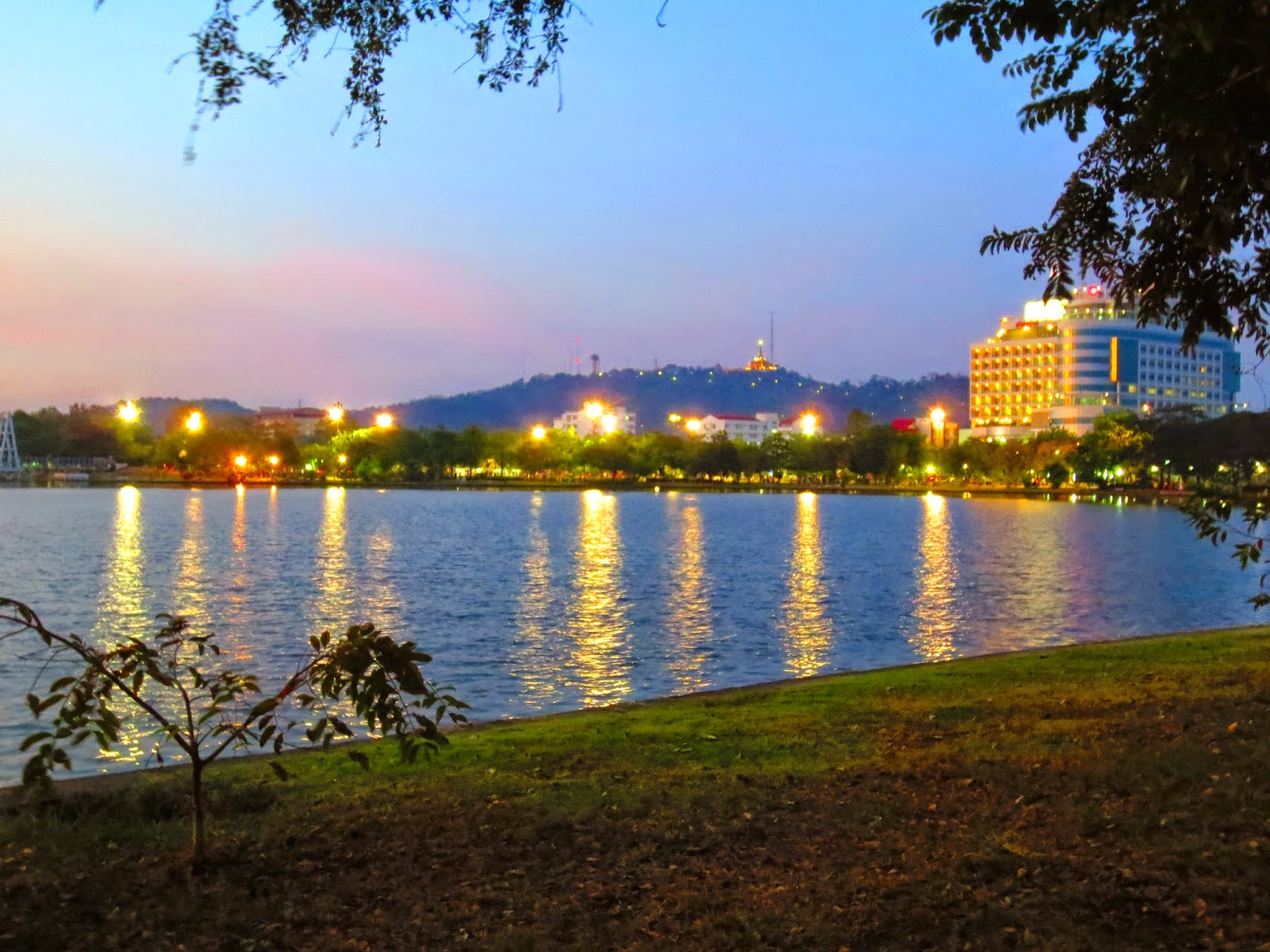 Another favorite aspect of living in Thailand is the food. It is delicious and incredibly cheap. There are fresh fruit sellers everywhere you go, and it's easy to get a wide variety of fresh fruit for under a dollar. They even cut it up for you and throw it in a bag with a long, pointed wooden stick so you can eat it while you walk around without suffering sticky fingers. This is one thing that I will definitely miss when I move on! 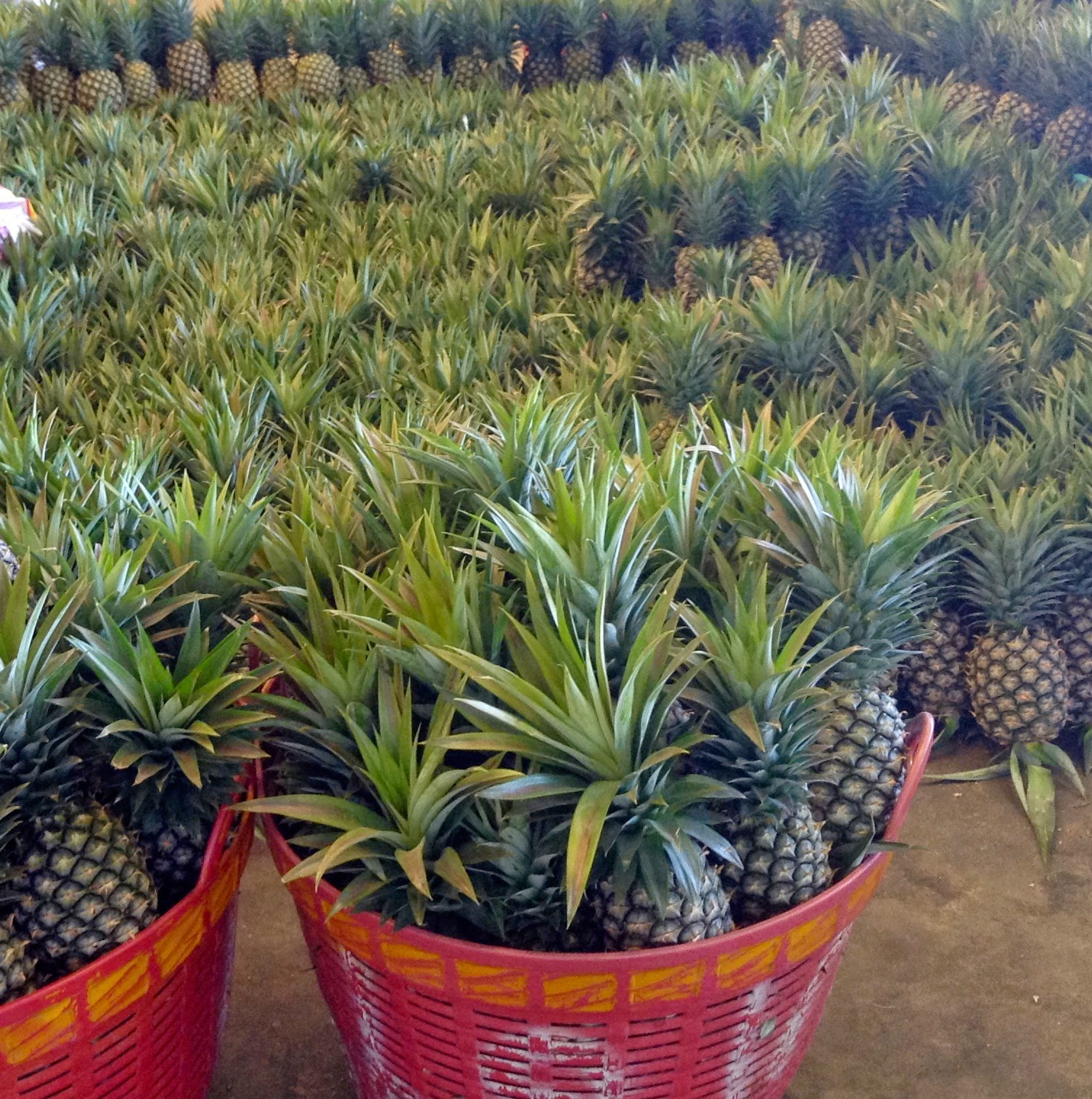 And lastly, my favorite part of traveling in general: meeting new people! 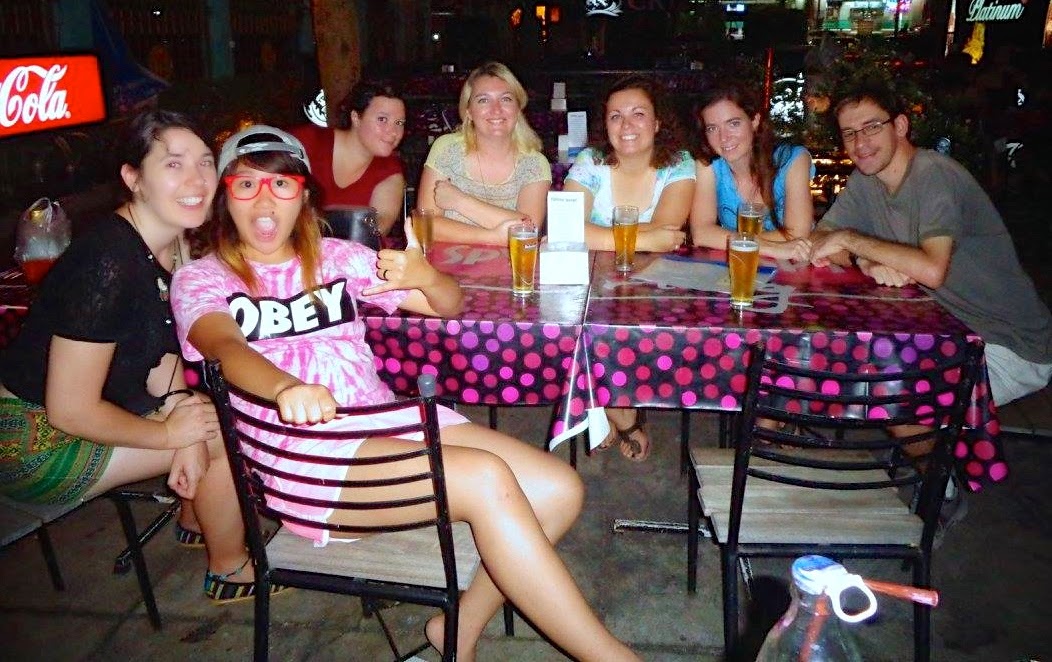 A few weeks ago, our school hosted a Sports Day for all of the Anuban schools in Northern Thailand. When I first heard that the event was happening, I did not think that it would be something I needed to worry about. It was on a Saturday, a day that I do not typically work, and it sounded like they did not want the foreign teachers to participate in the action. I thought I might not have to attend at all.
I could not have been more wrong.

Different tidbits trickled in as to what our responsibilities might be. First there was a whisper about us being there for moral support. Then a hint that there may be costumes involved. And then I learned that I would have to learn a dance. There would be opening ceremonies. I would definitely be attending. This Sports Day was certainly going to be a giant production!

In the weeks leading up the event, teachers got together to learn the choreography for the dance. If we had a lesson, we skipped practice, so it took a long time before everyone finally knew all of the choreography. We were paired up, then assigned a country in the ASEAN (Association of Southeast Asian Nations) community—Brunei, Cambodia, Indonesia, Laos, Malaysia, Myanmar, Philippines, Singapore, Thailand, or Vietnam. We would be wearing the traditional costume of our assigned country, so someone at school took our measurements. The day before the big show, all of our classes were cancelled so that we could all practice together. They also told us we would be dancing to another song, so we had to learn all of the choreography for that. It was chaos, and I was a little bit worried about messing things up and looking foolish in front of hundreds of other teachers!

When the big day arrived, I caught a songtaew (Thailand’s version of a bus—essentially it is a pickup truck with two benches in the back and a roof over the top) and arrived at school around 5am for hair and makeup. I was lucky—other people had to be there by 2 am! They handed me a bag with my costume (it had only been dropped off that morning, around midnight, so I had not had a chance to try it on earlier to make sure it fit). I went off to change, and a costume designer helped fold the Thai skirt and make sure everything looked like it was supposed to. And then I waited around for about 45 minutes until I got my hair and makeup done. The makeup that they put on us was extremely thick, just like stage makeup! As you can see from these pictures, the teachers were completely justified in calling me “Teacher Barbie.” Just look at that flawless skin! And the red eyebrows! The fake eyelashes! The gigantic hair full of secrets! My ladyboy makeup artist was all about the eyebrows.

After everyone was finished with hair, makeup, and costume, we took a few buses to our designated starting point for the parade. It was supposed to start at 7am (to avoid having hundreds of teachers marching in scorching heat and humidity), but we actually ended up waiting until about 9am for it to start. Apparently a bus from a different school had broken down, and we were forced to wait by the side of the road before we could parade our way into the school grounds.

Things finally started up, and we marched our way to the field at school. The entire thing was filled up with the teachers who had started before us. There were so many colors, and everyone seemed to be dressed in costume! Then we waited by the sidelines as there was a beautiful traditional Thai dance, then a traditional Chinese dance (there is a huge Chinese population in Thailand, so they celebrate their heritage as well), then it was our turn! We danced to an ASEAN song, then the Anuban school song. After this, the foreign teachers were free to go while things were just ramping up for the other Thai teachers.

In all honesty, there was no need to worry about how the day would pan out. I was there on time, I didn't mess up the dances, and I got some great photos out of it! Here are some of the best photos of the day: 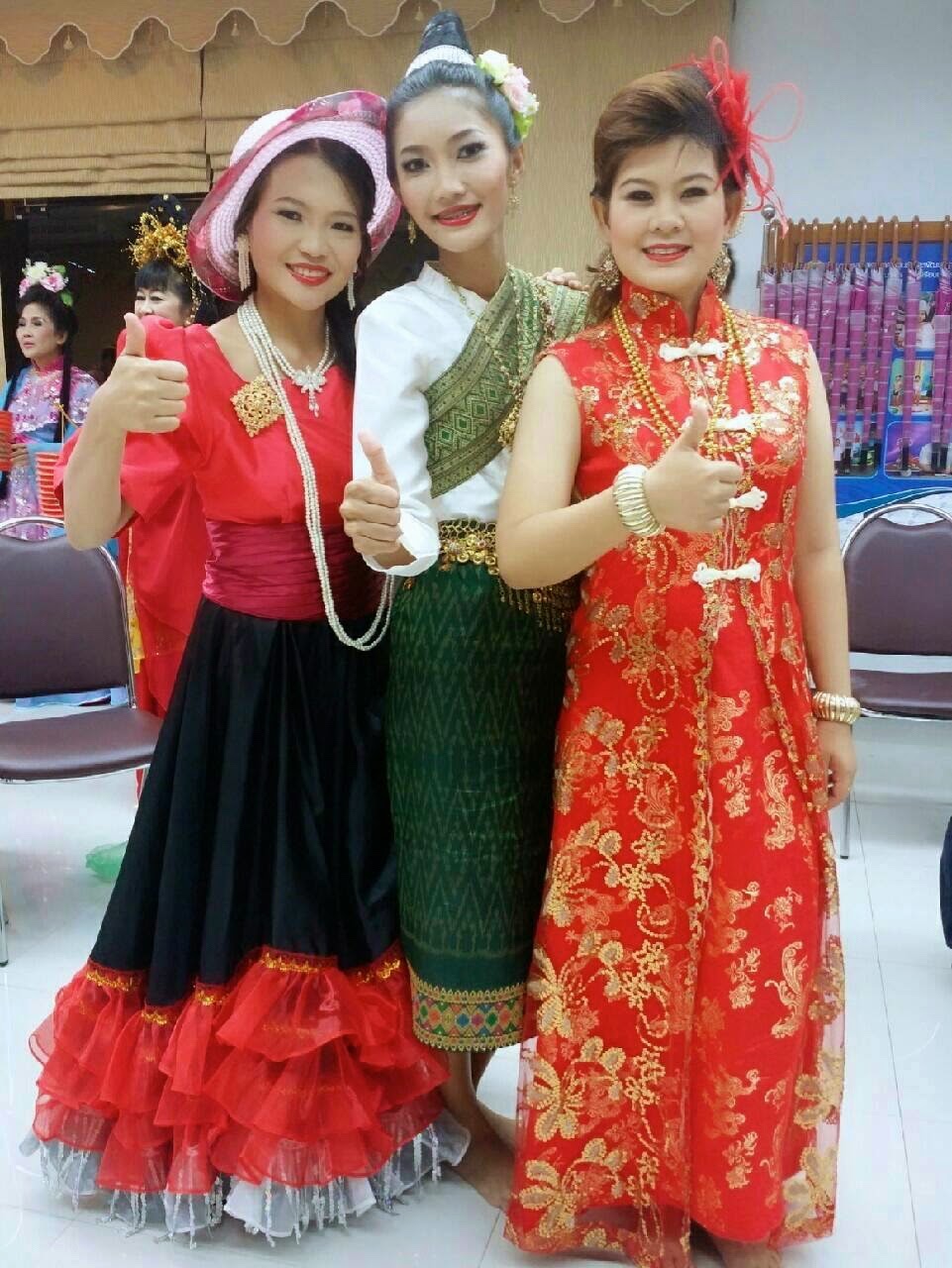 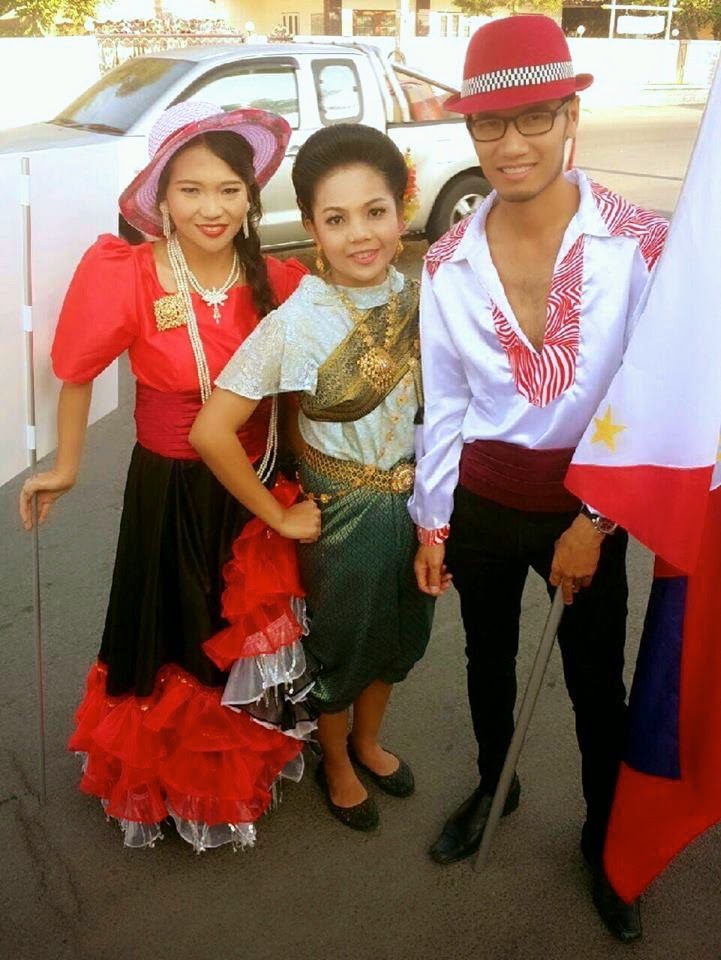 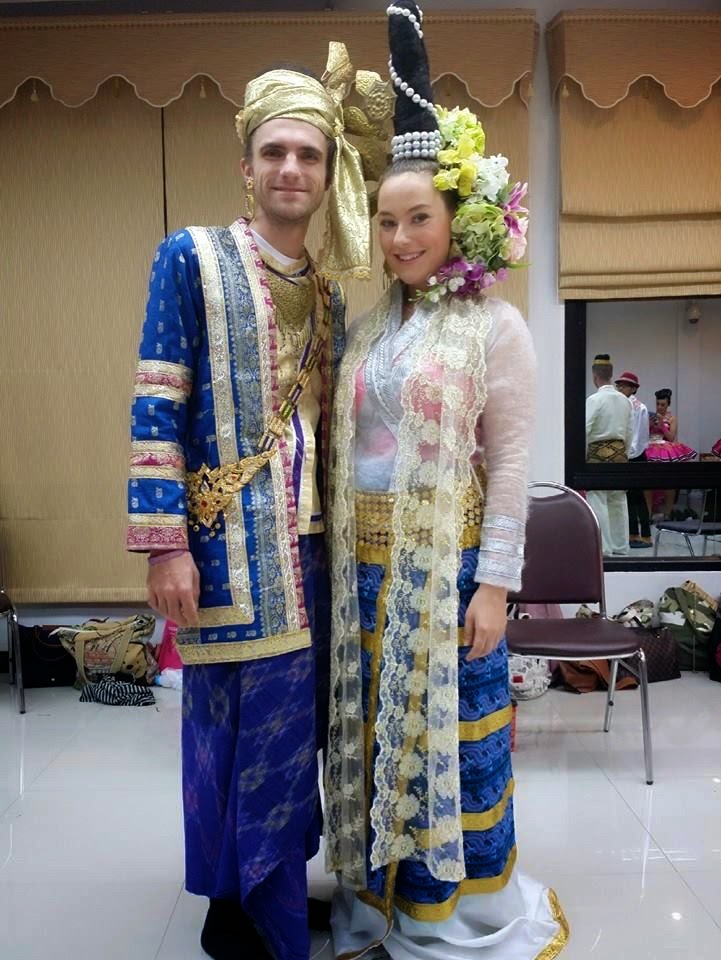 Photo of the Week 2: NYC 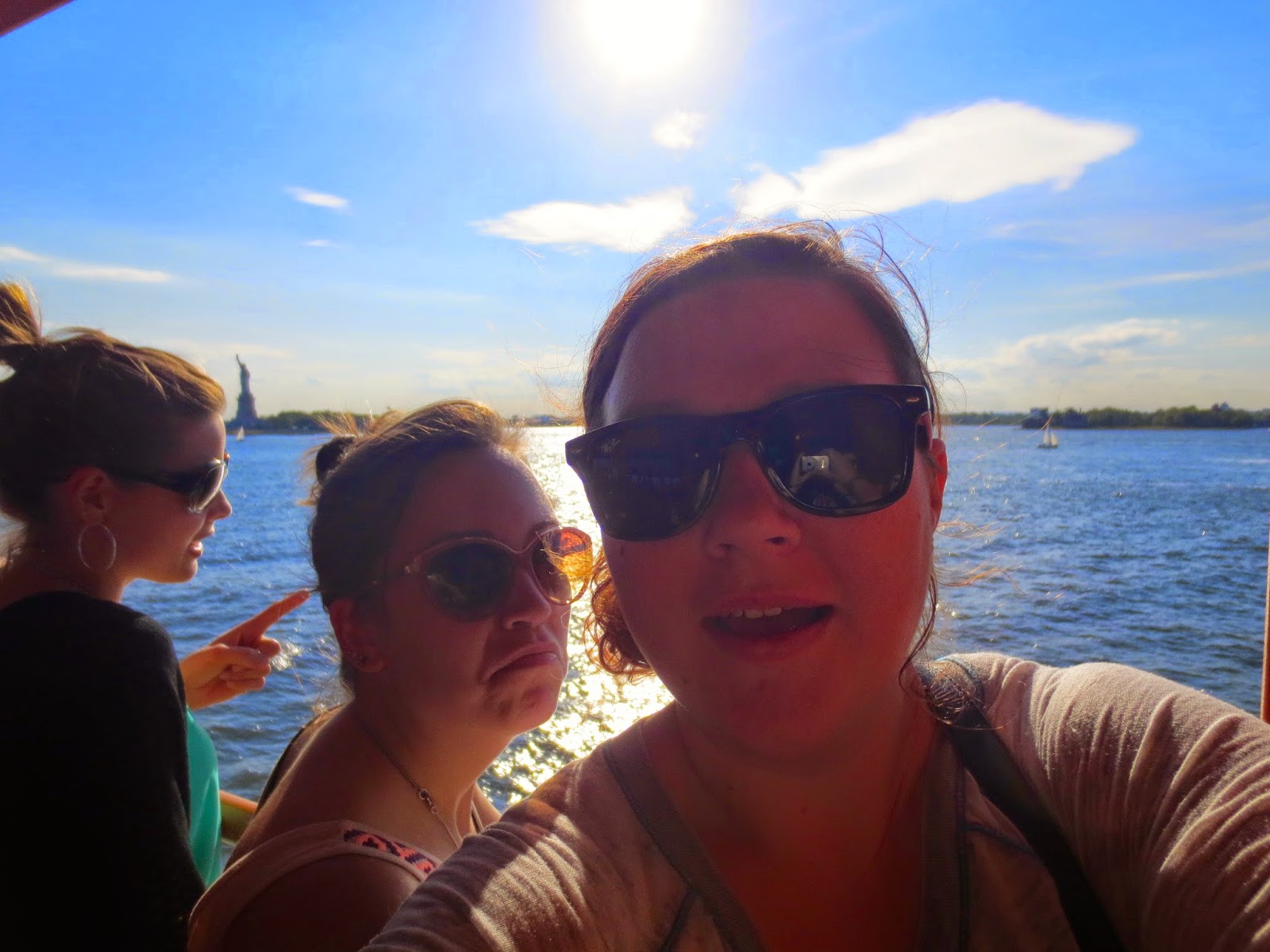 For my photo of the week, here is a gem for my trip to New York City in spring 2014. I took this when we were on the Staten Island Ferry, which swings past the Statue of Liberty (if you look closely, you can see it). The pretty lady behind me is Libby, one of my favorite people in the world that I met while living and working in South Korea. Behind her is one of her friends, Anika. She is also a super cool lady. Not pictured is another friend from Korea, Dolores.

I can't exactly explain why, but this picture is one of my favorites! It helps to show the spirit of our friendship--fun, spontaneous, and a bity dorky (sorry not sorry Libby)! I don't typically travel with other people, so this vacation was extra fun to me. I was able to see some friends that I hadn't seen in a long time, and I was able to finally visit NYC for the first time. There was a lot of magic wrapped up in this trip, and I'm so happy that everything actually worked out. Here are a few more pictures from some of the highlights of the vacation:

Photo of the Week 1: My Birthday

So, I realize that I don't always get around to posting as much as I'd like. This is partially due to the fact that I am easily distracted by the Internet, but also because it can be time-consuming. In an effort to share a bit more of my experiences, I've decided to share a new picture and the story behind it every Saturday. I hope you enjoy getting to see more of my favorite pictures! And please, harass me if there is not a new photo of the week every week! 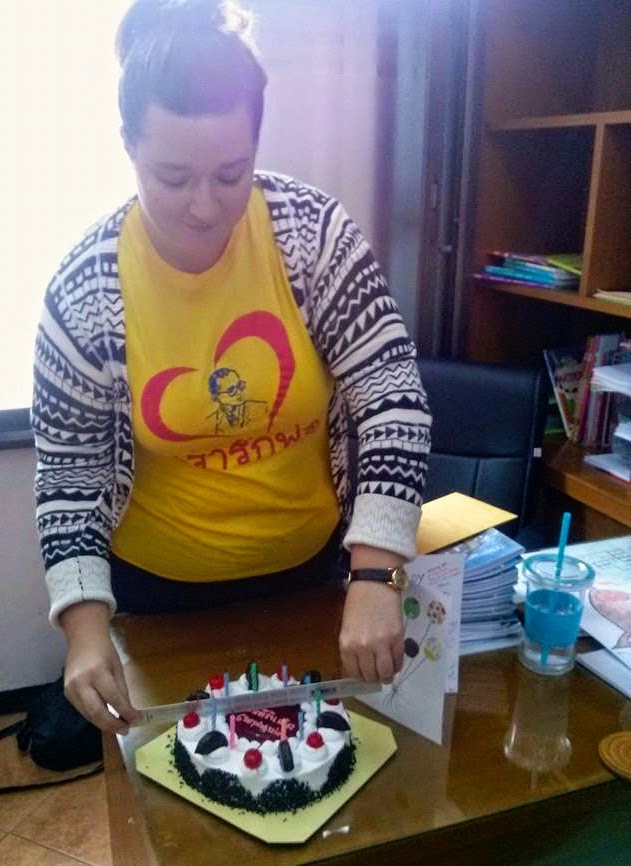 This picture is from my birthday (December 17th, of course). I love this photo for several reasons: