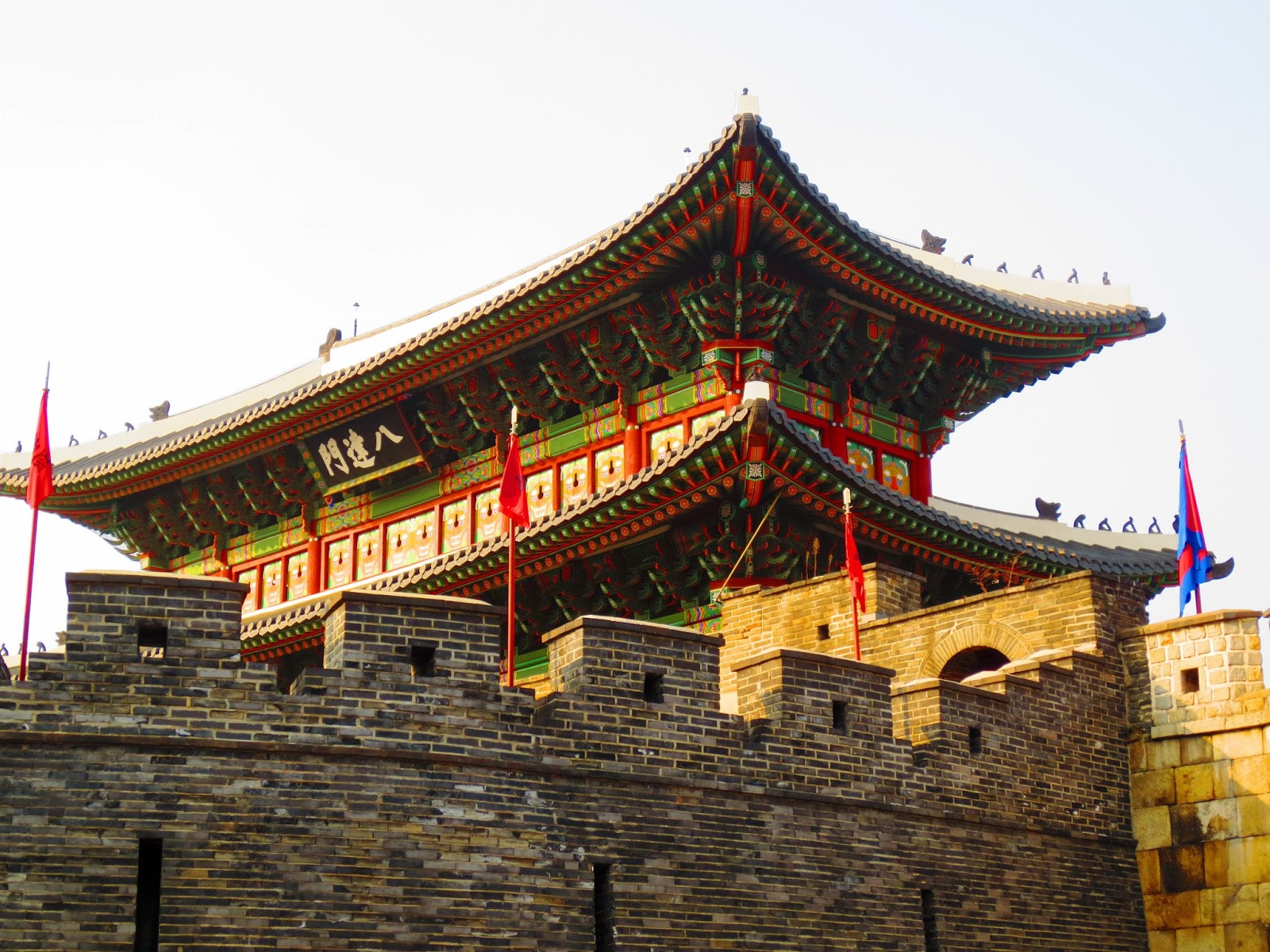 Sorry I haven't put up any blogs lately, I've been distracted by settling back into life in the States. I'm back home for a bit, but that doesn't mean it's an end to my adventures! In fact, next week I'm traveling to Portland, Oregon with a friend to do a bit of sightseeing and check out some of their legendary breweries.

The last touristy thing I did before leaving Korea was a visit to Hwaseong Fortress, aka Brilliant Castle, in Suwon. This site laid a mere two subway stops away from where I lived, but for some reason I never went to see it until right before I left.

The fortress was built from 1794 to 1796 by King Jeongjo of the Joseon Dynasty. It was built to house and honor his father, Prince Sado. Jeongjo's father reputedly suffered from mental illness and was accused of randomly killing people in the palace and being a serial rapist. He was locked alive inside a rice chest to starve to death after failing to obey the command to commit suicide (he was ordered to do so by his father, King Yeongjo).

The fortress, a UNESCO World Heritage Site, is incredibly massive -- it's basically an extensive wall (5.52 km or 3.42 miles) fortified with four main gates and 48 structures around it.

I explored the monument with a couple of friends, Ally and Cois. We saw one of the four main gates, named Paldalmun, and walked around the wall of the fortress for a few hours. If you were thinking about visiting this awesome site, you'll find a bit more information and directions on how to get there at this site. 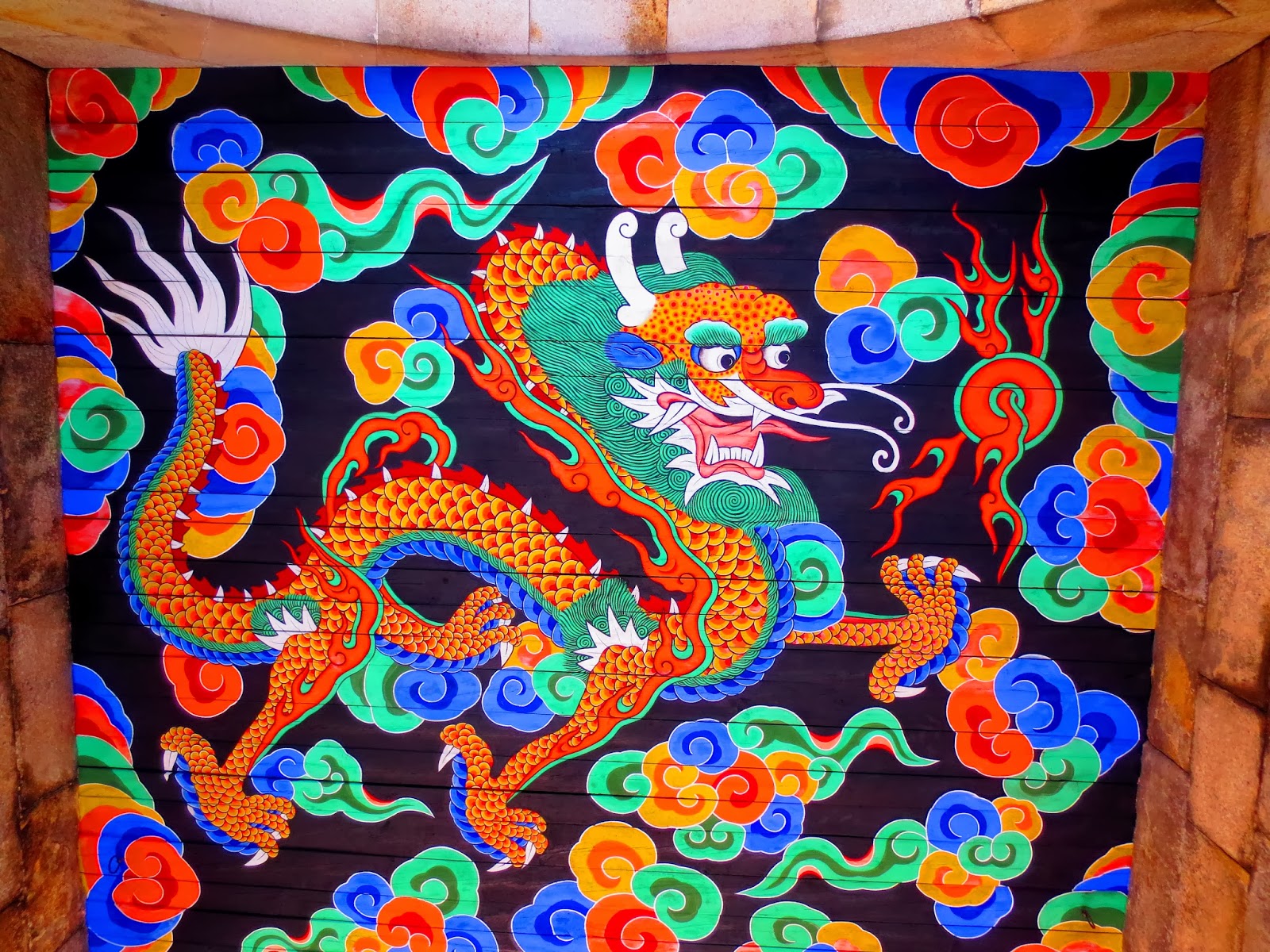 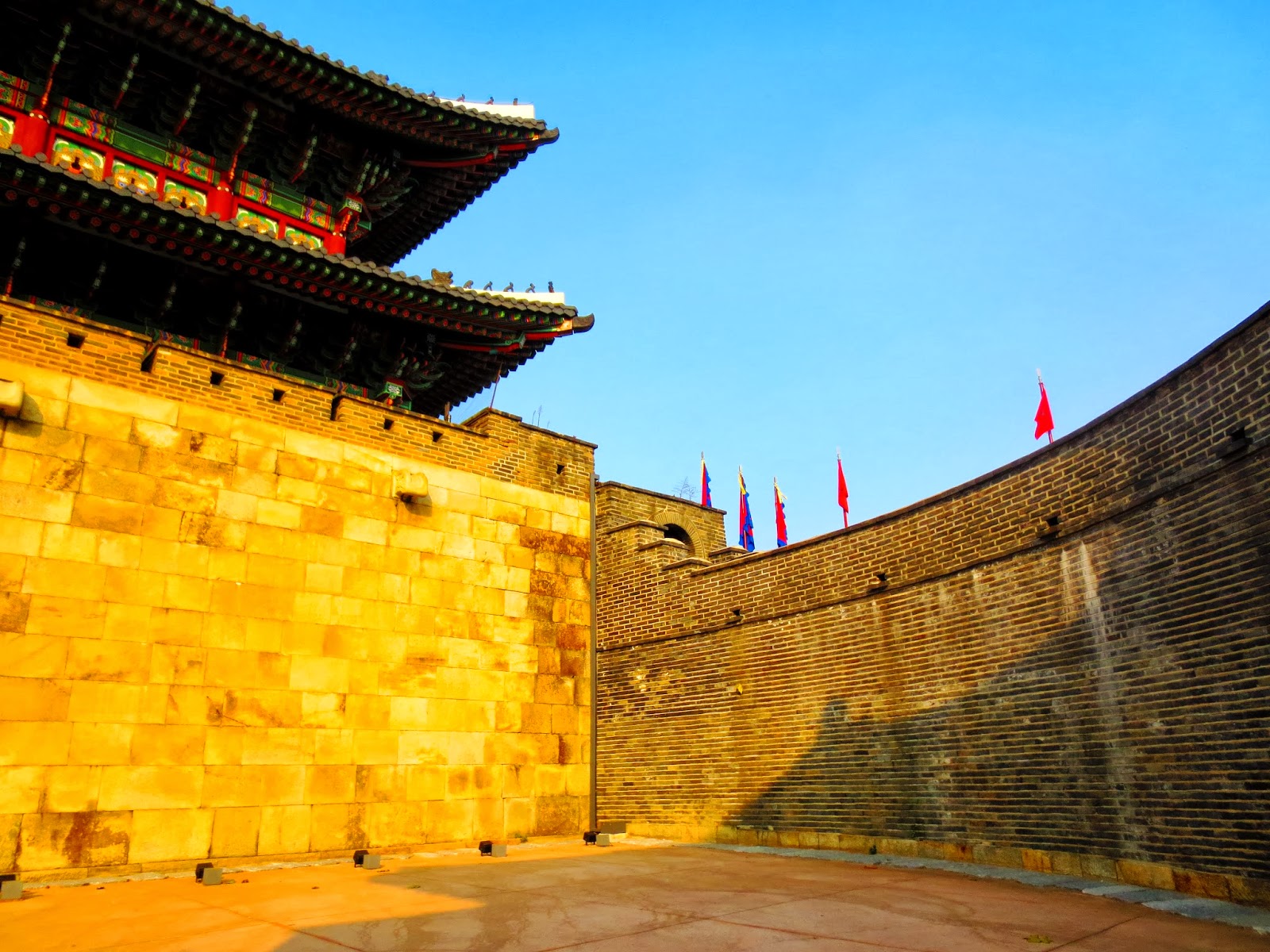 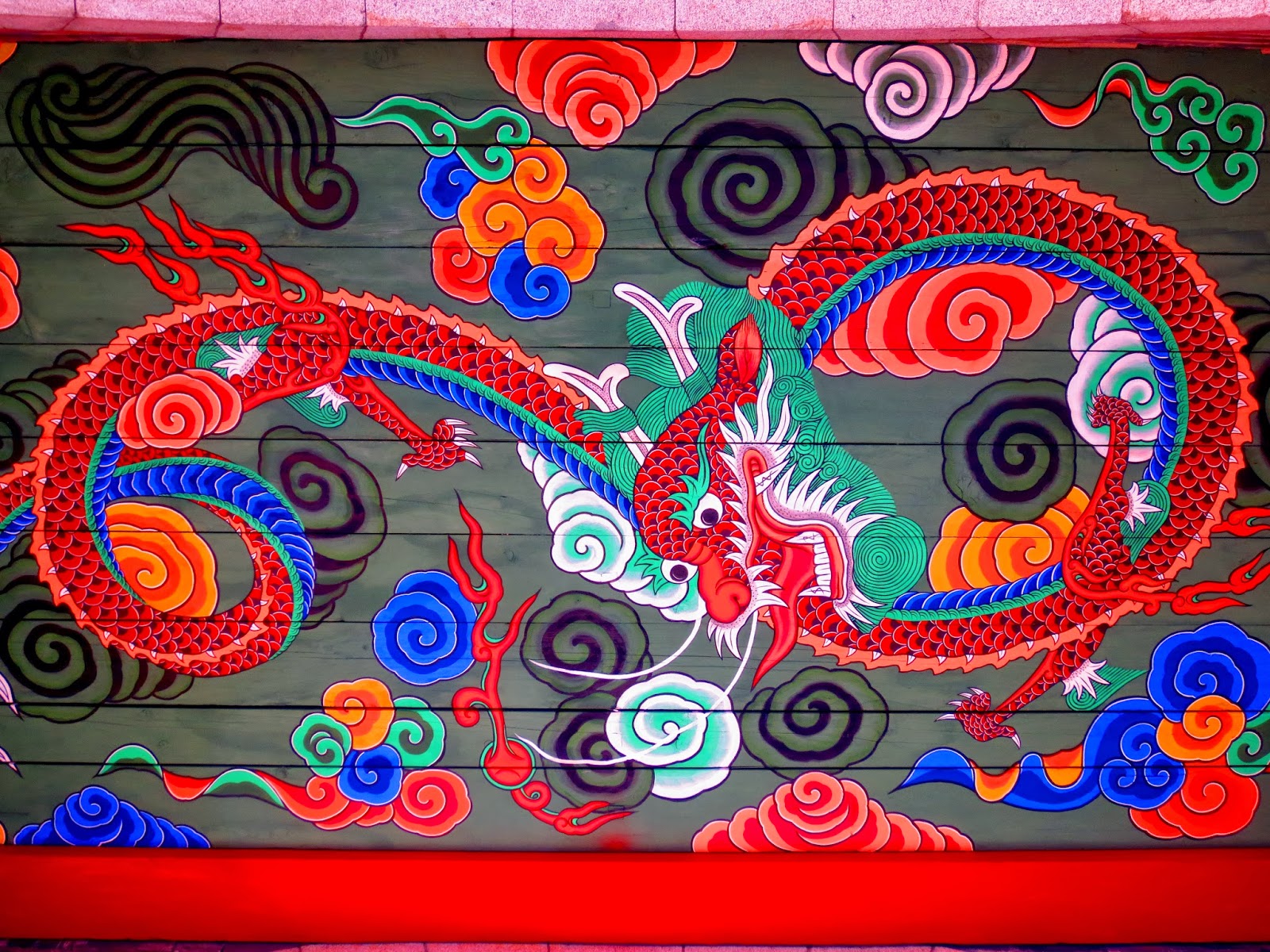 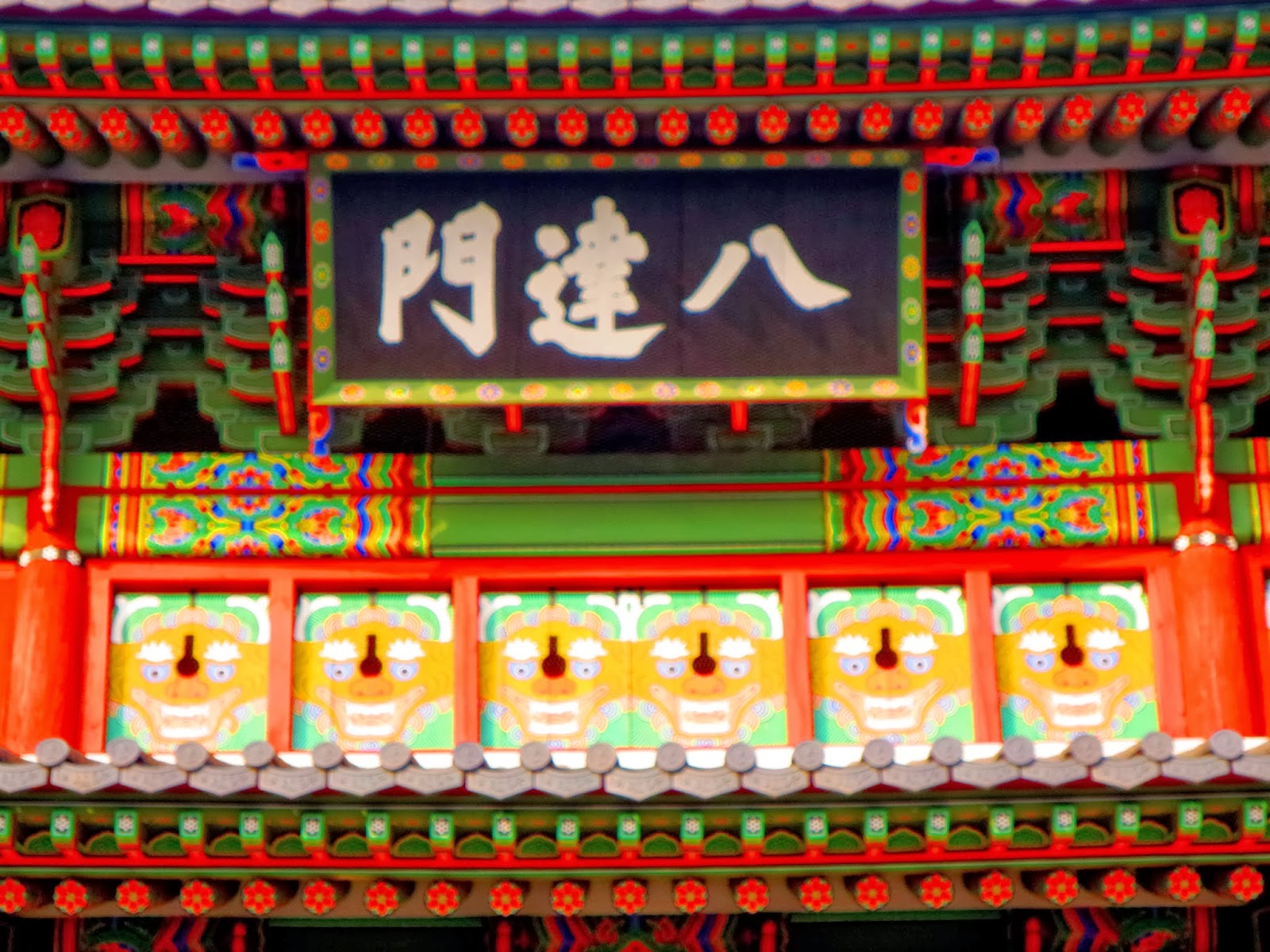 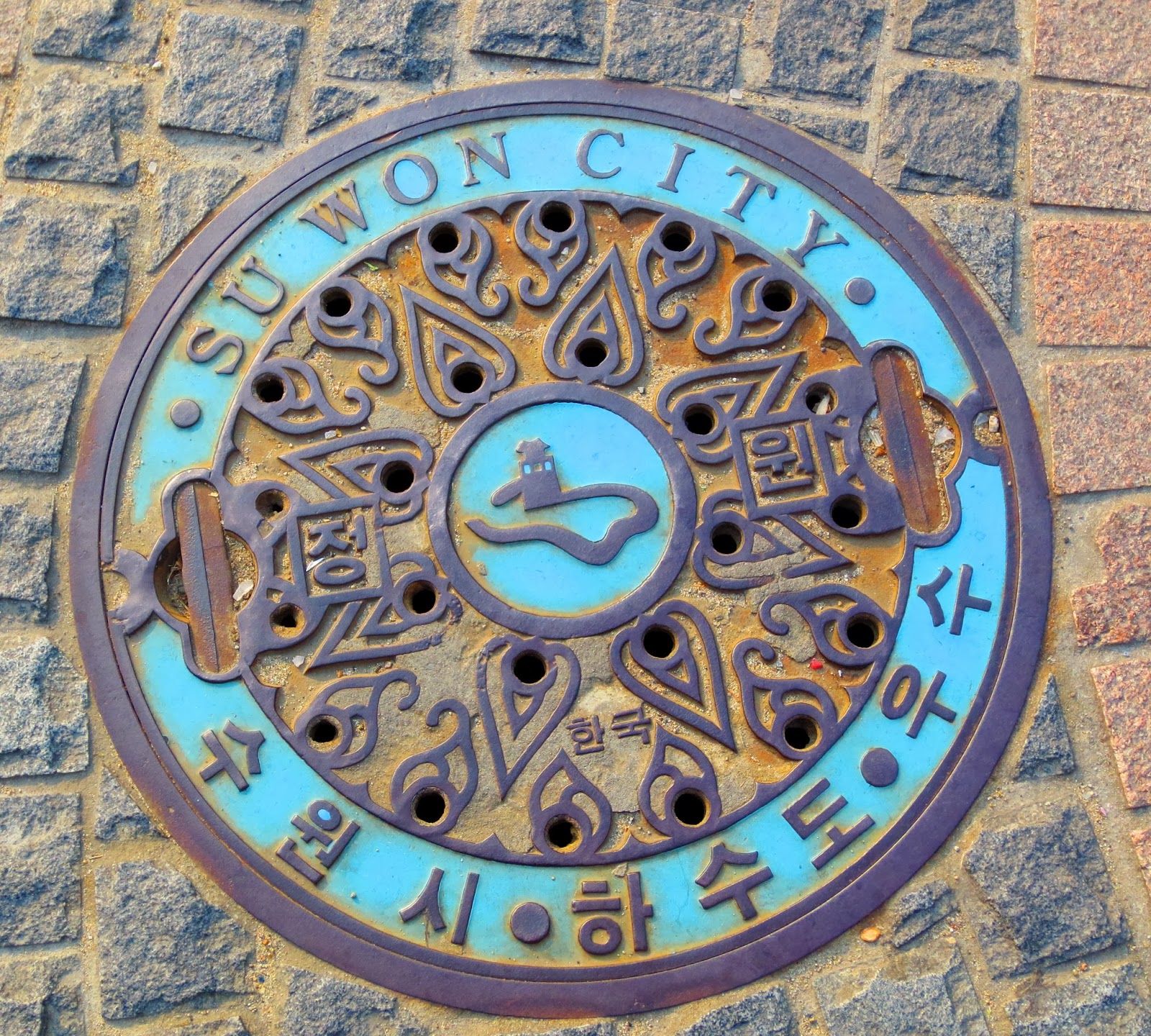 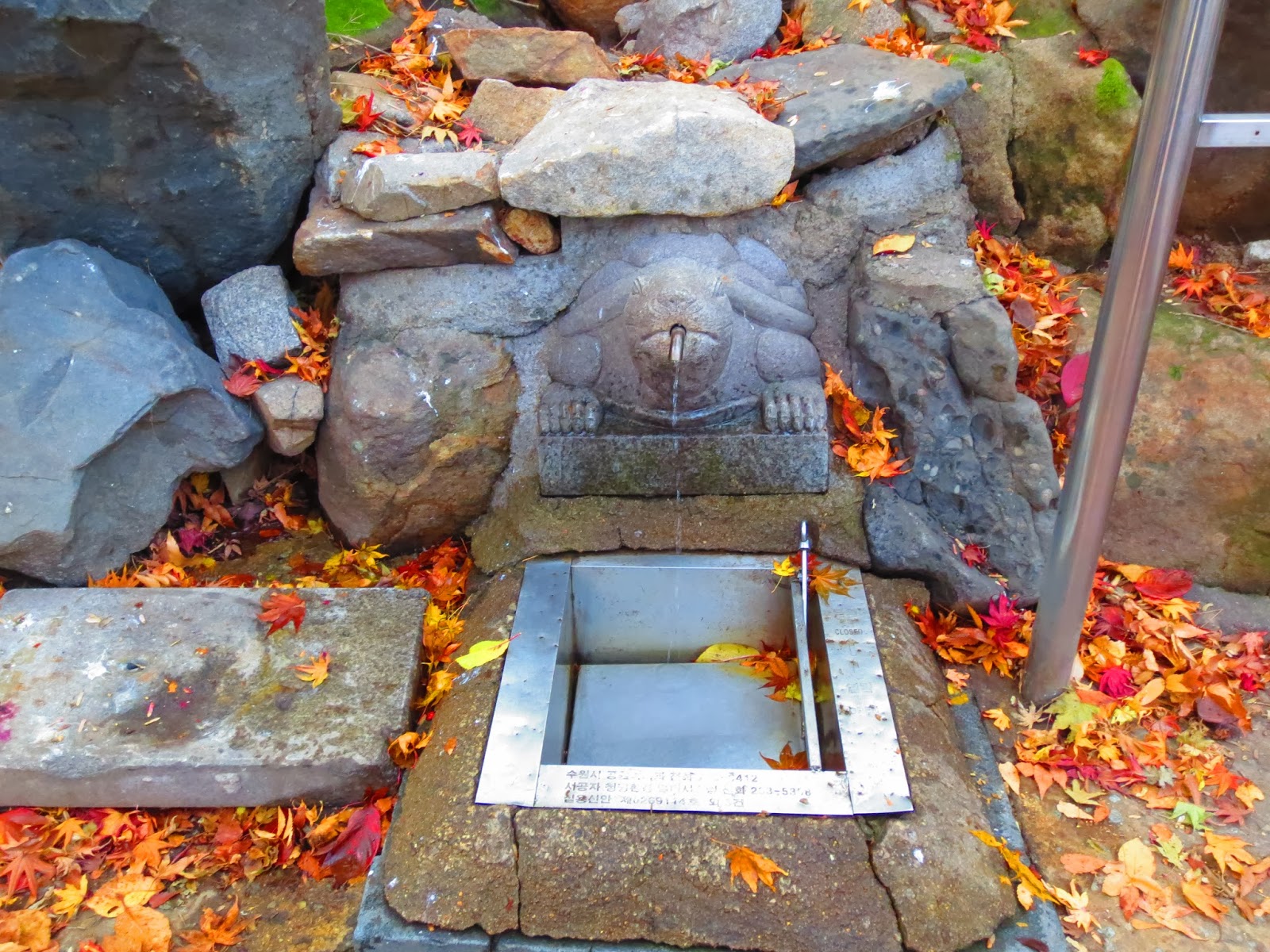 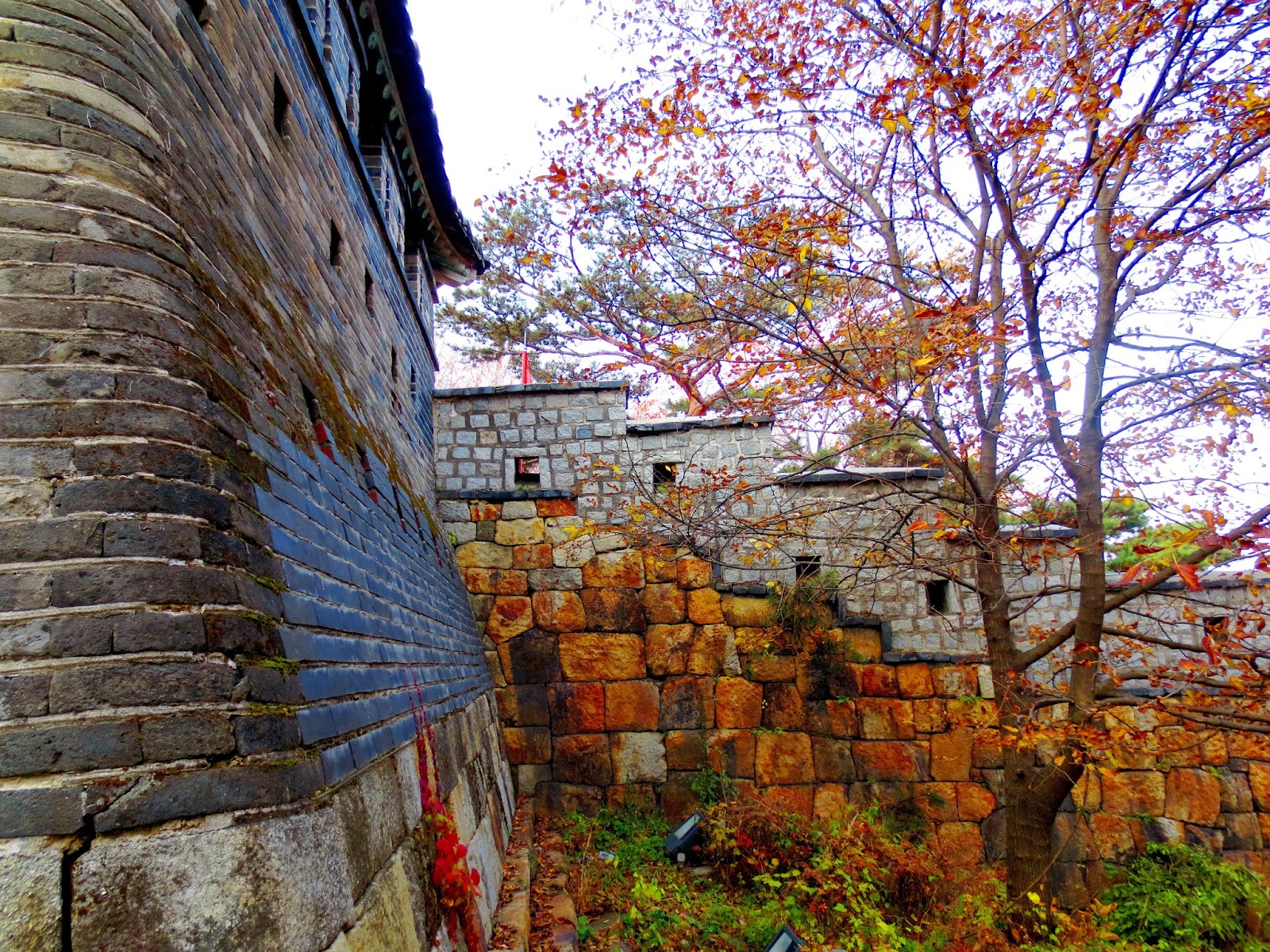 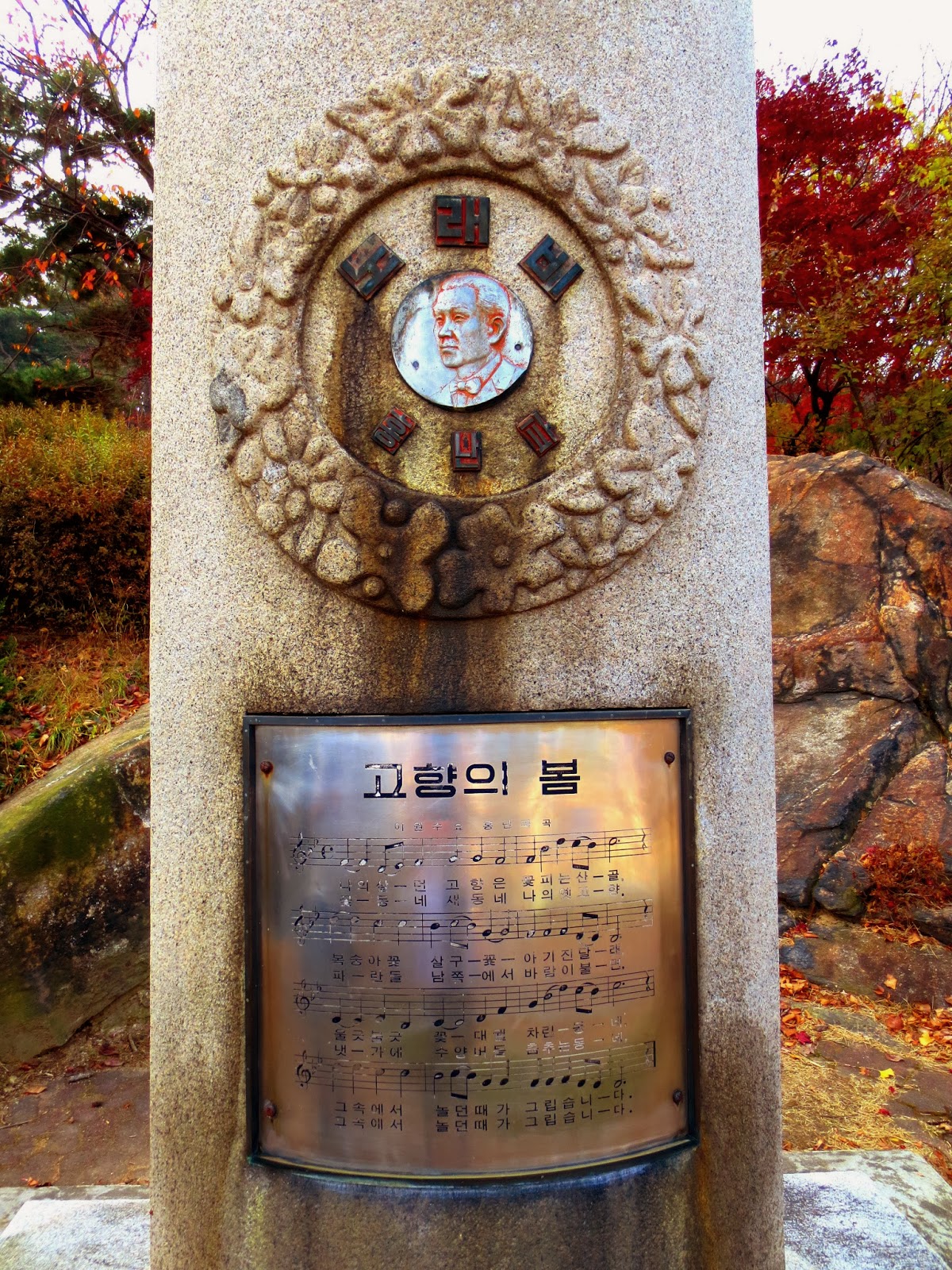 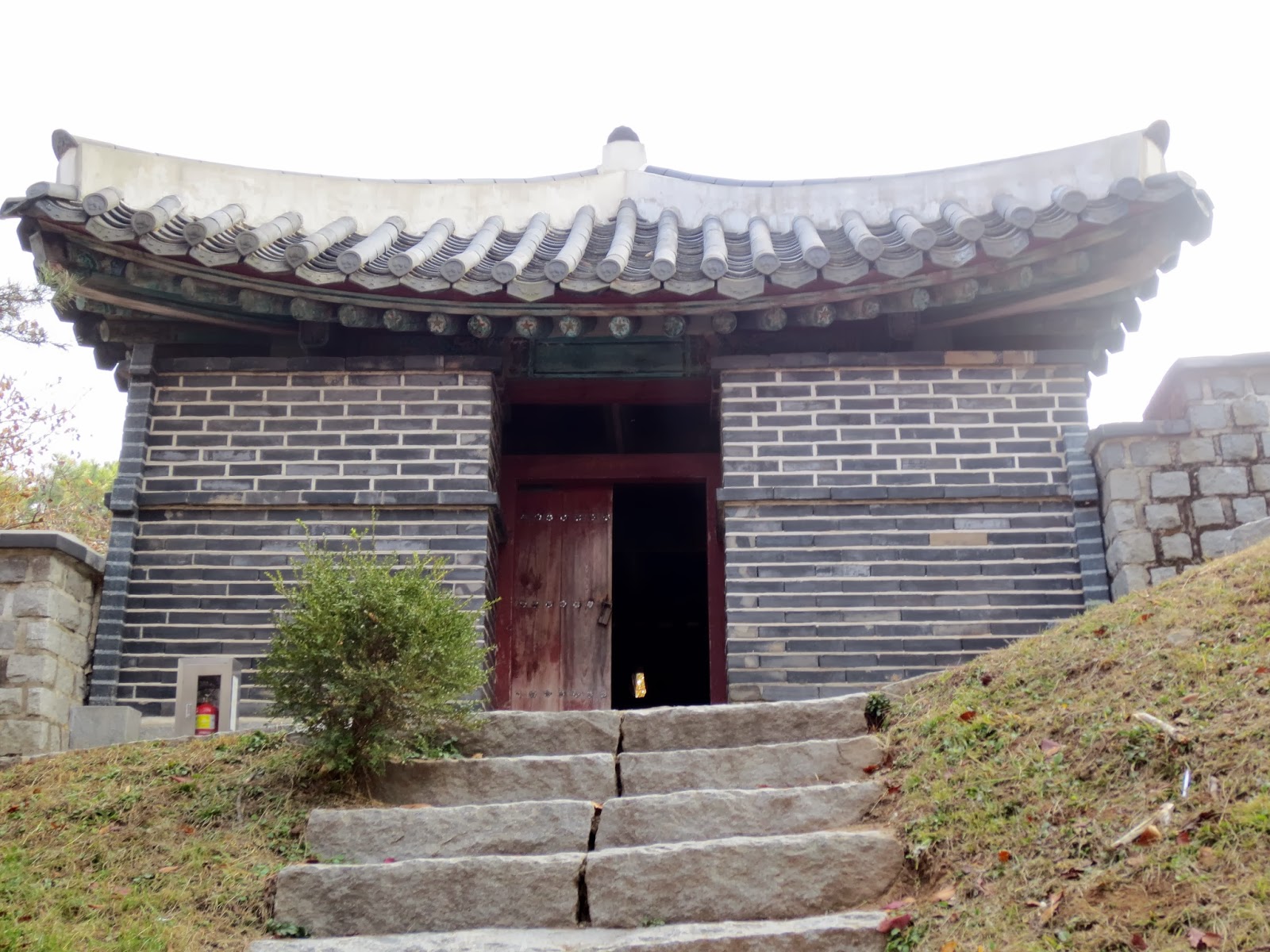 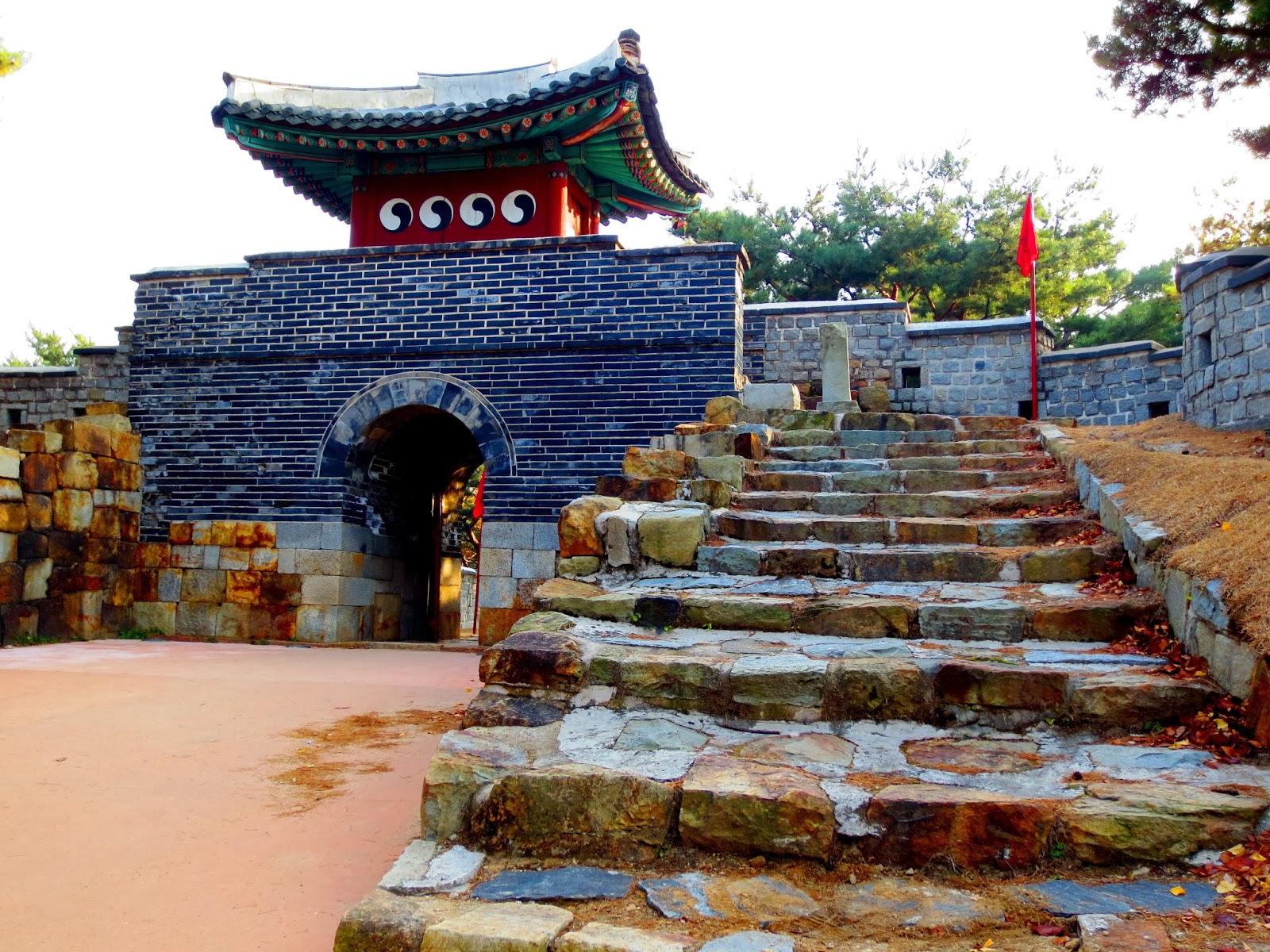 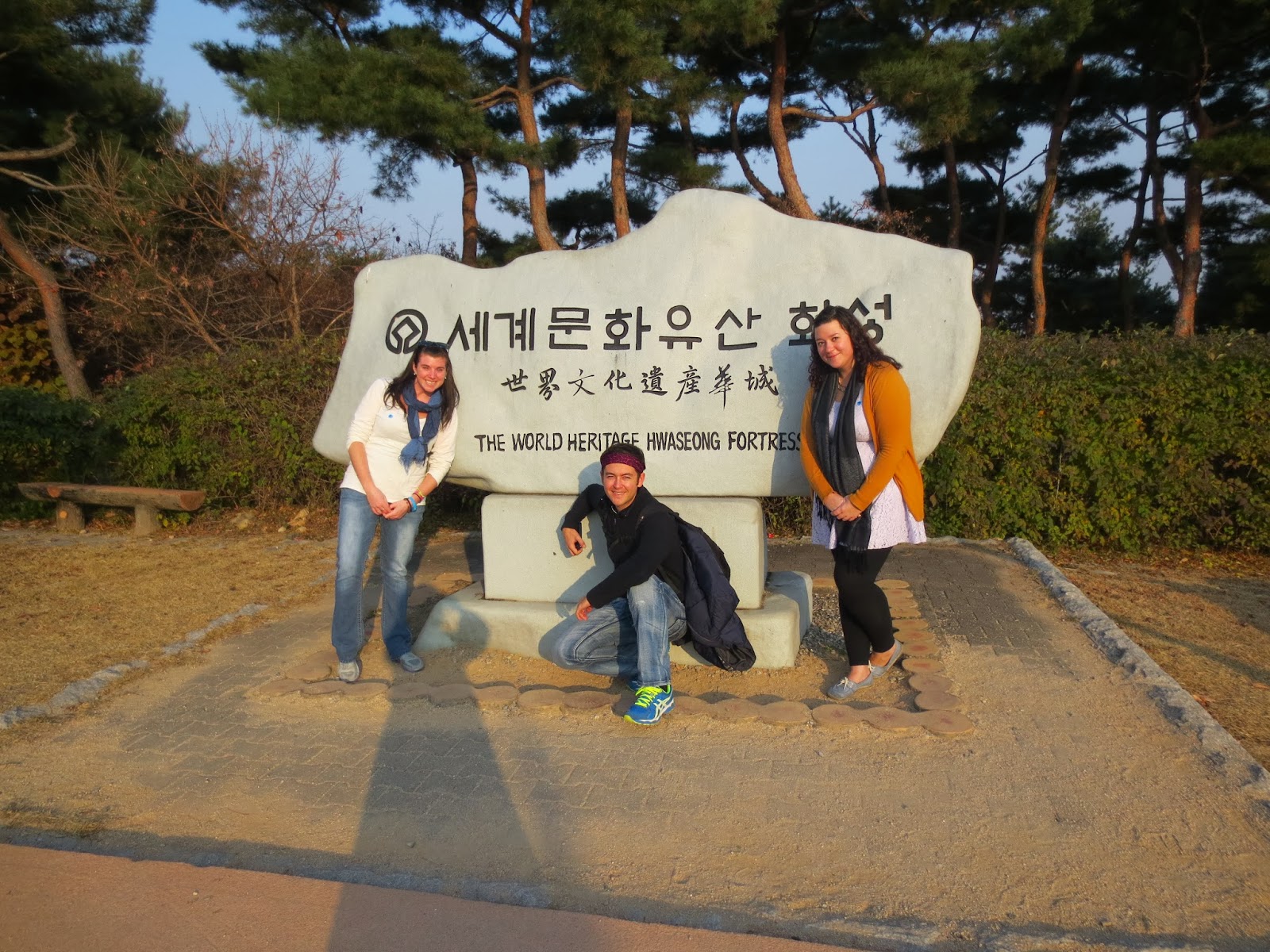 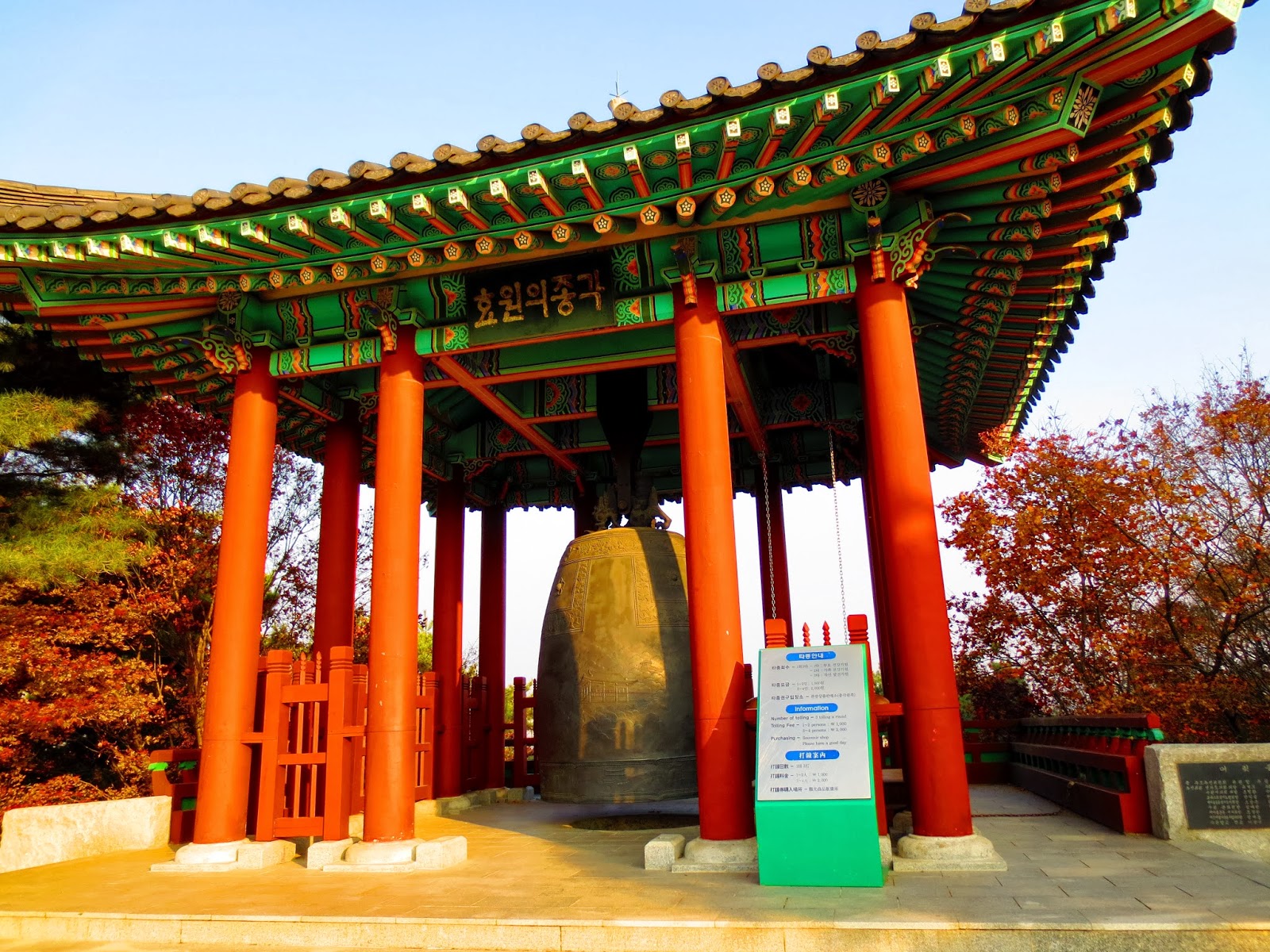 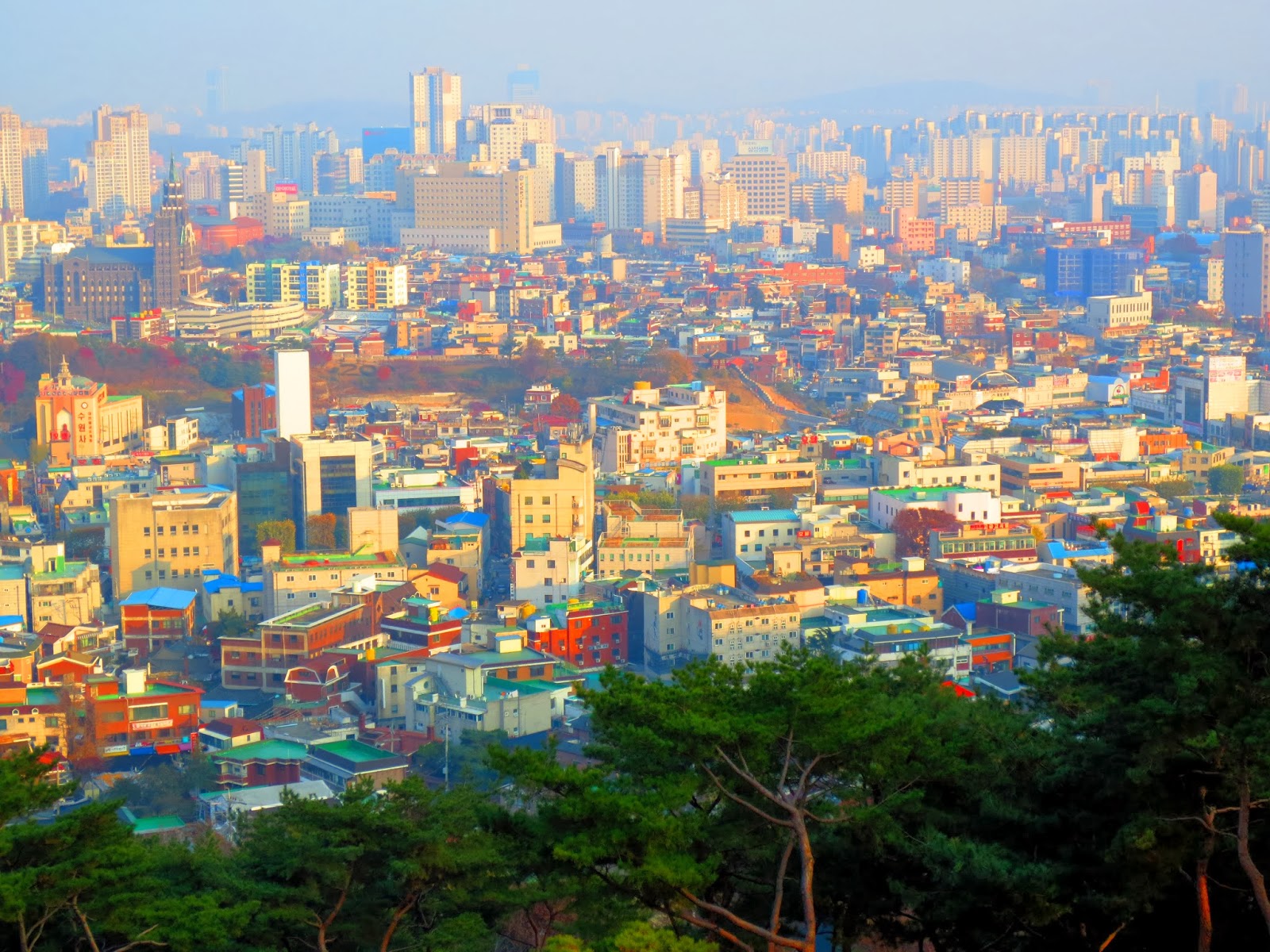 This was the view from the very top of the fortress. We were pretty high up, and you can see how big Suwon really is -- it's the capital and largest city of the province of Gyeonggi-do, home to almost 1.2 million people (about the same amount of people as Dallas, Texas). It's known as the city of filial piety for the many monuments that pay homage to dead family members around the city. 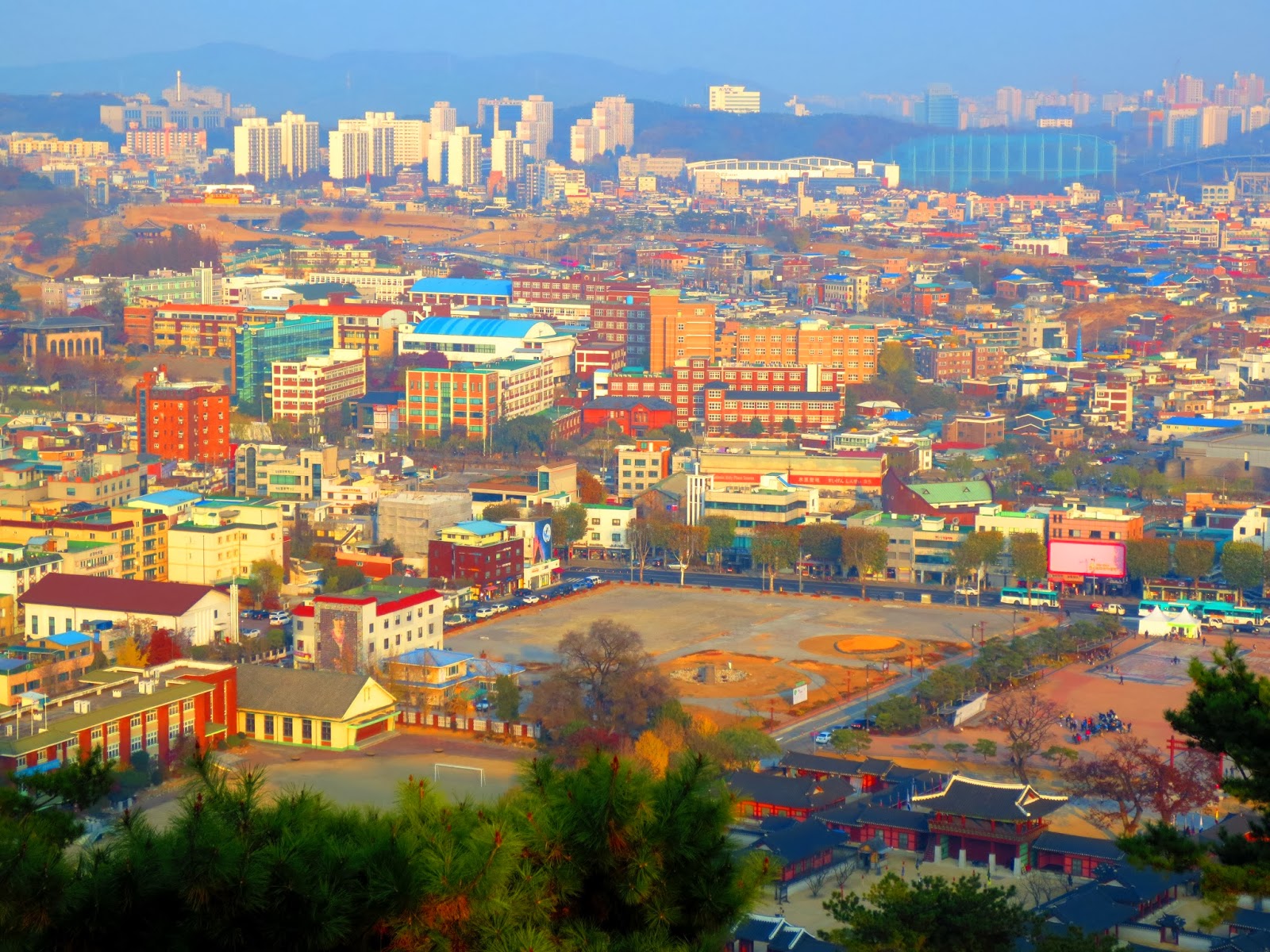 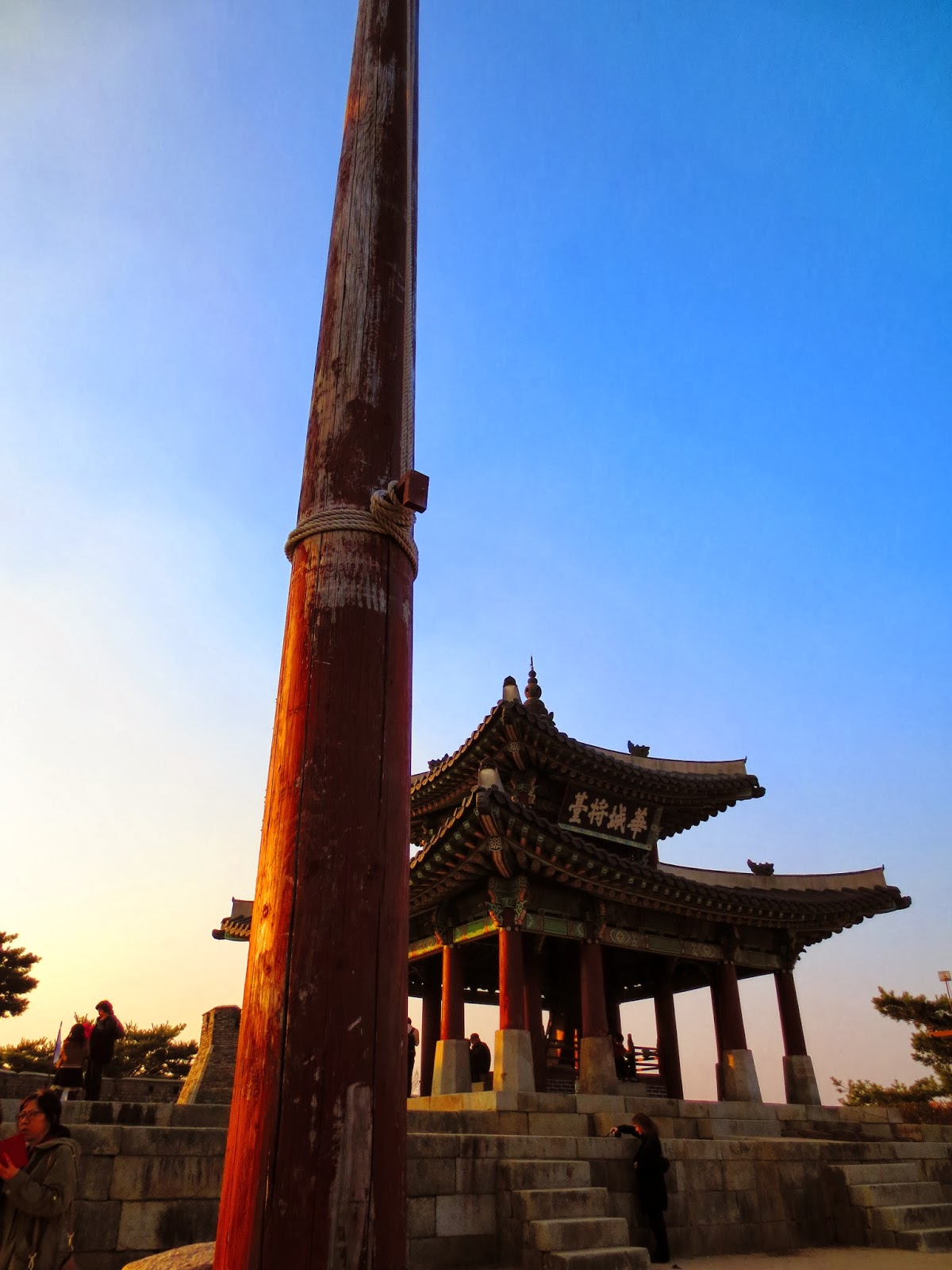 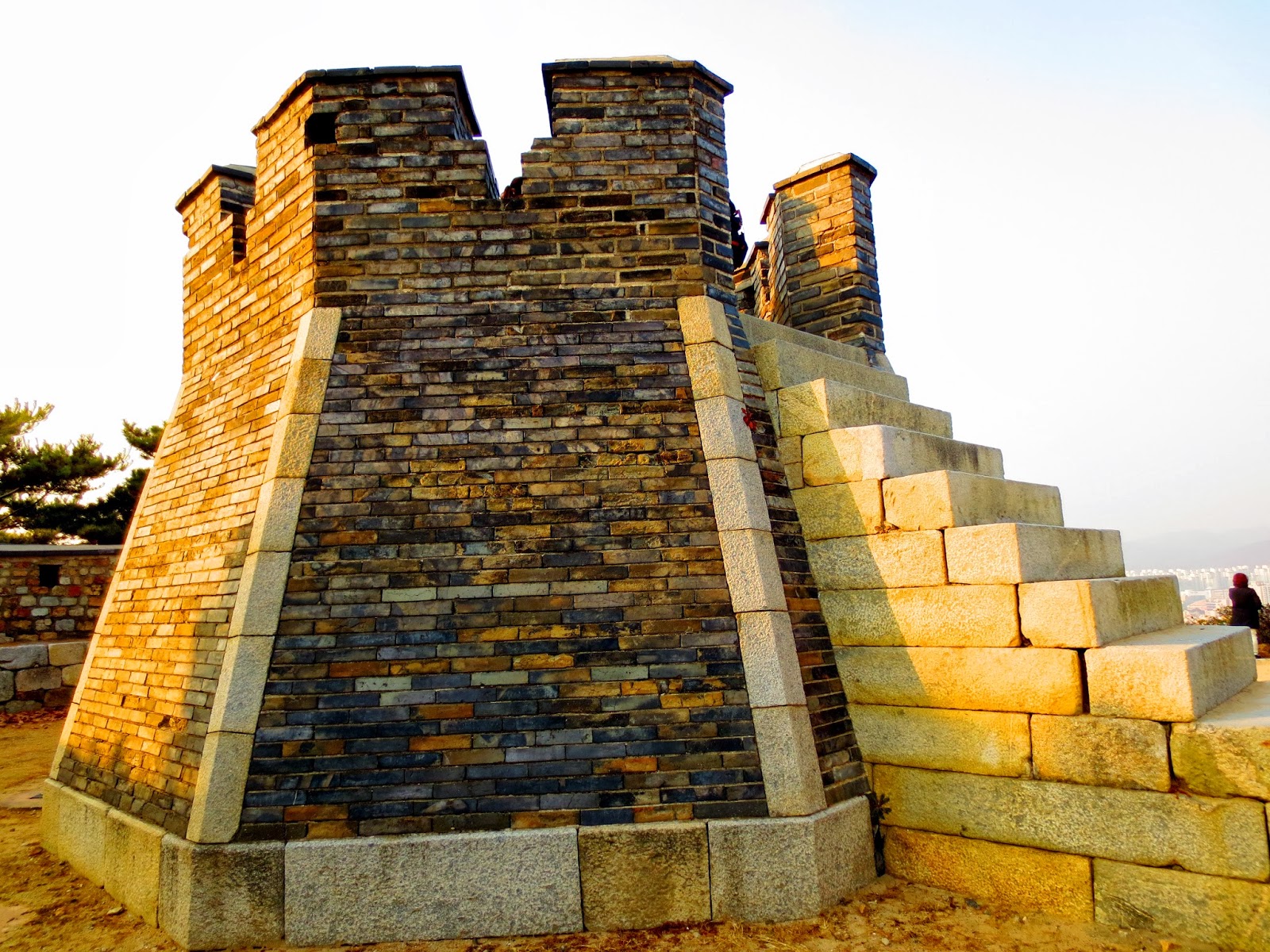 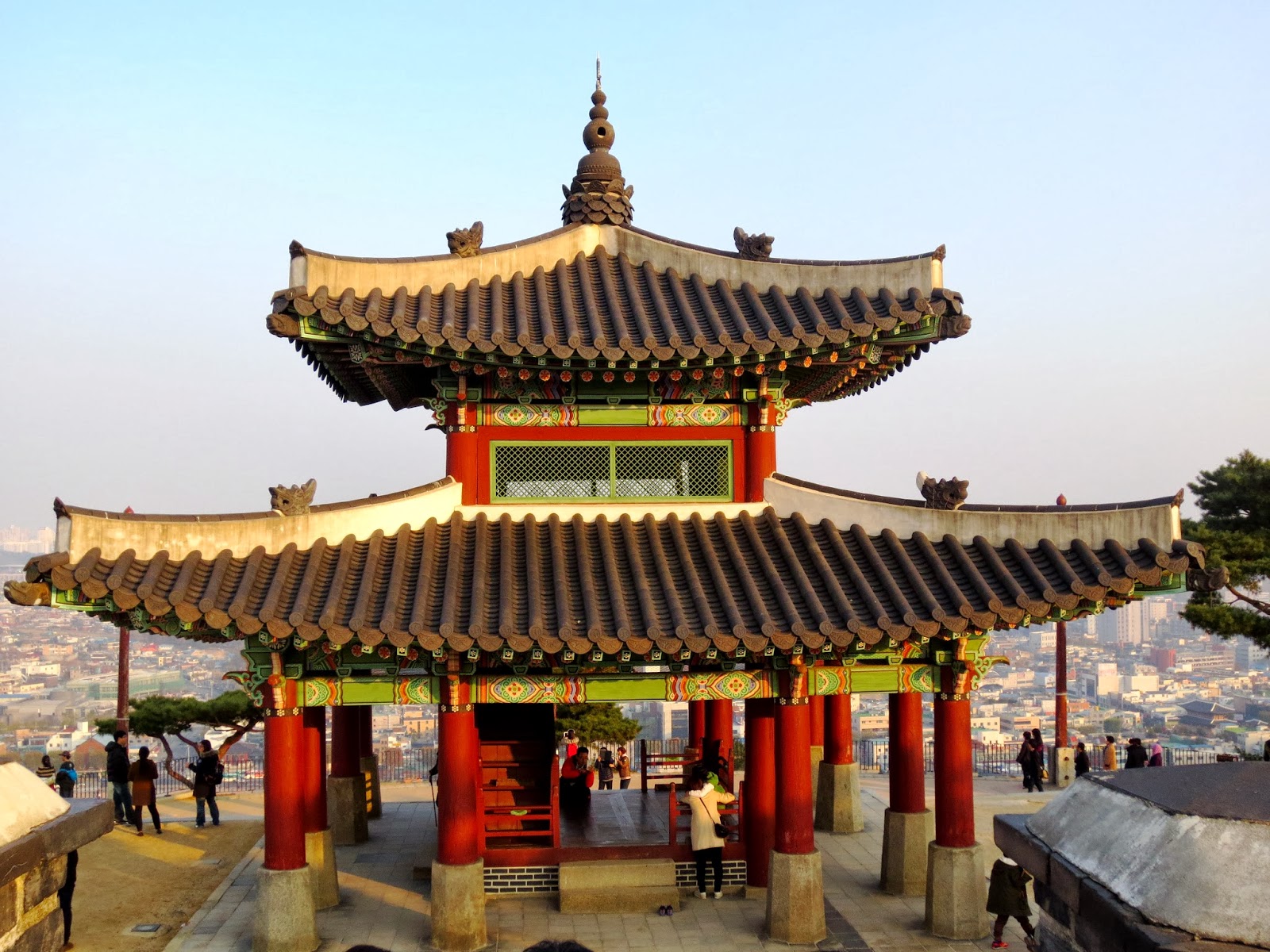 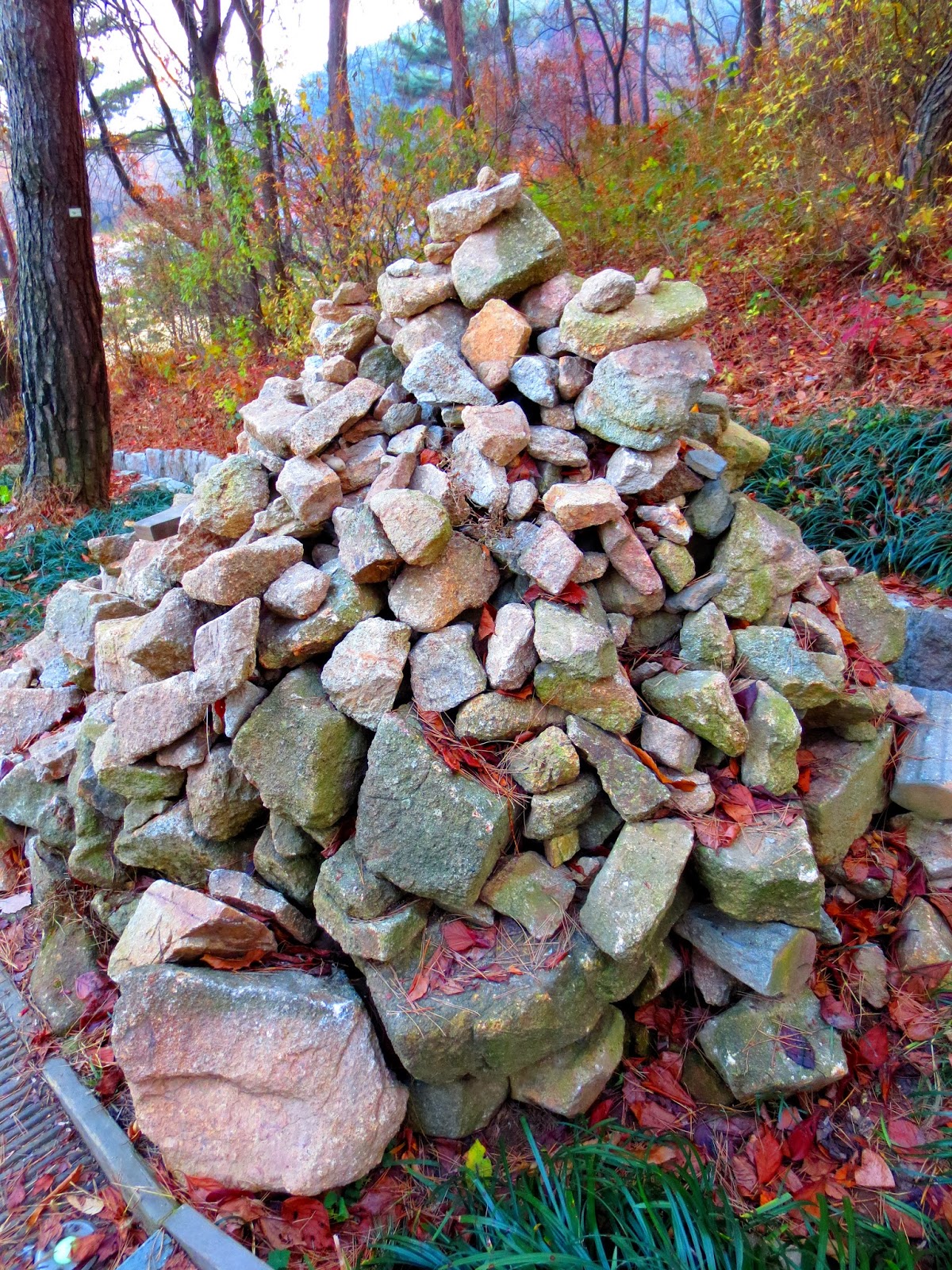 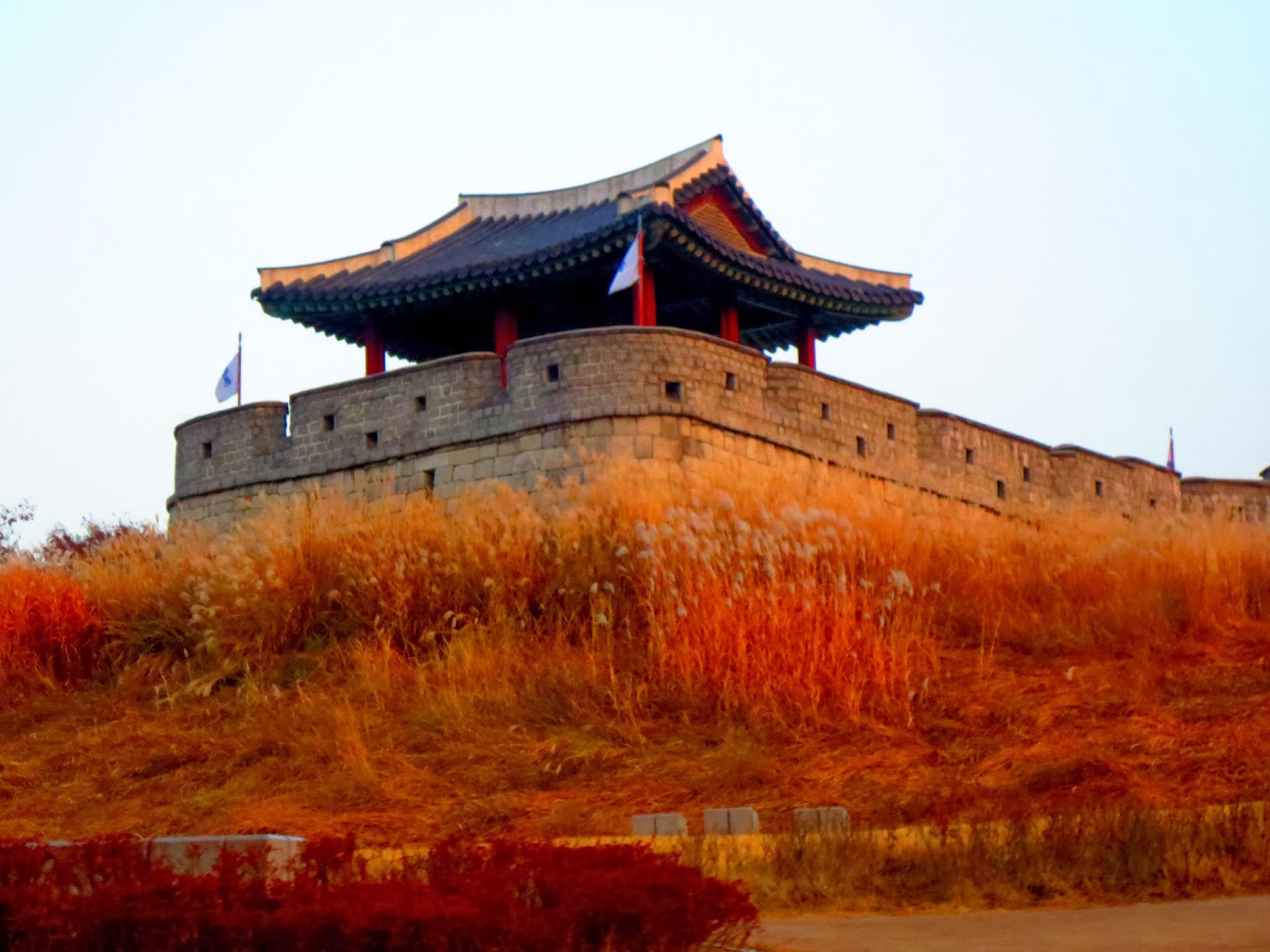 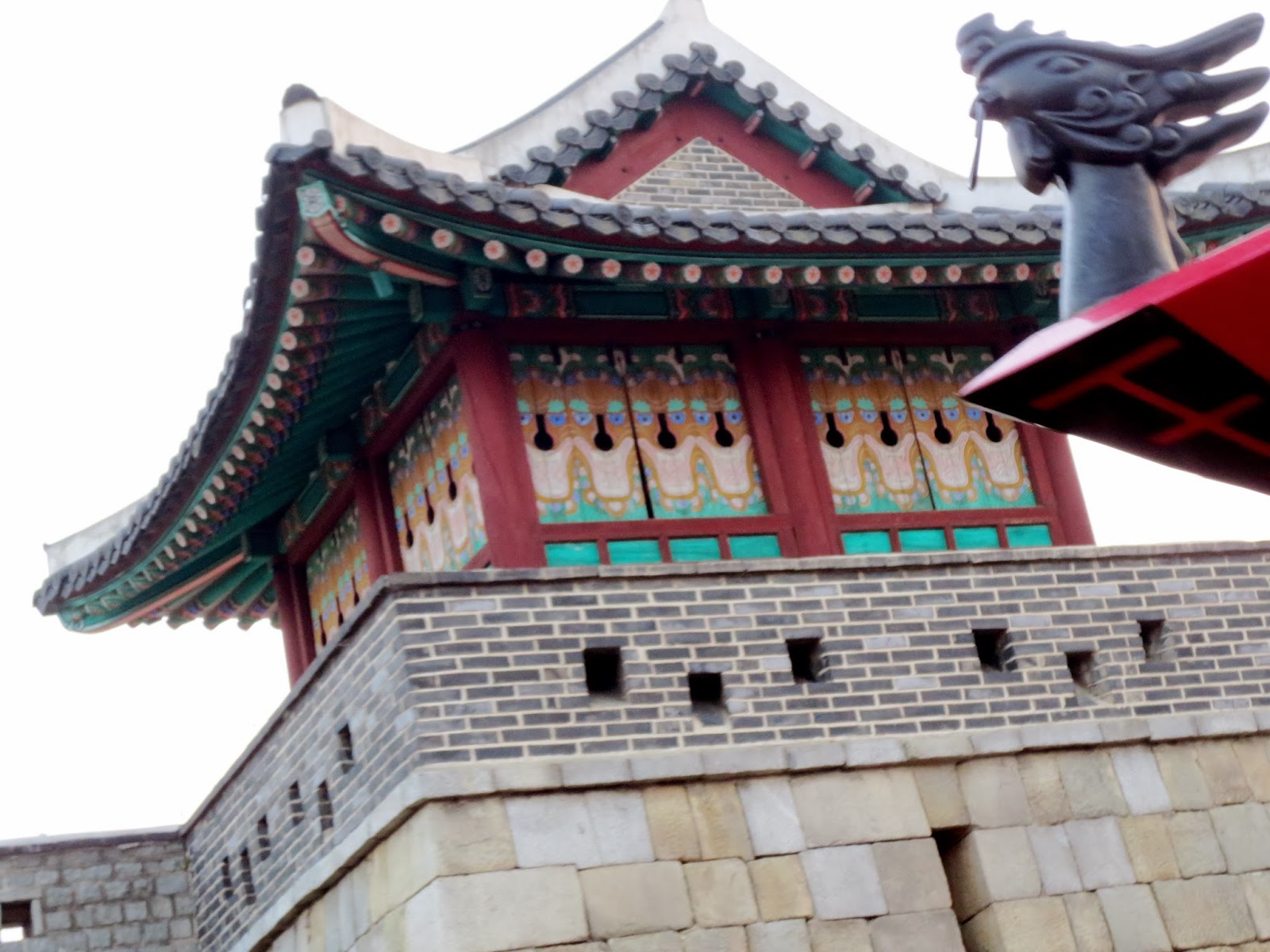 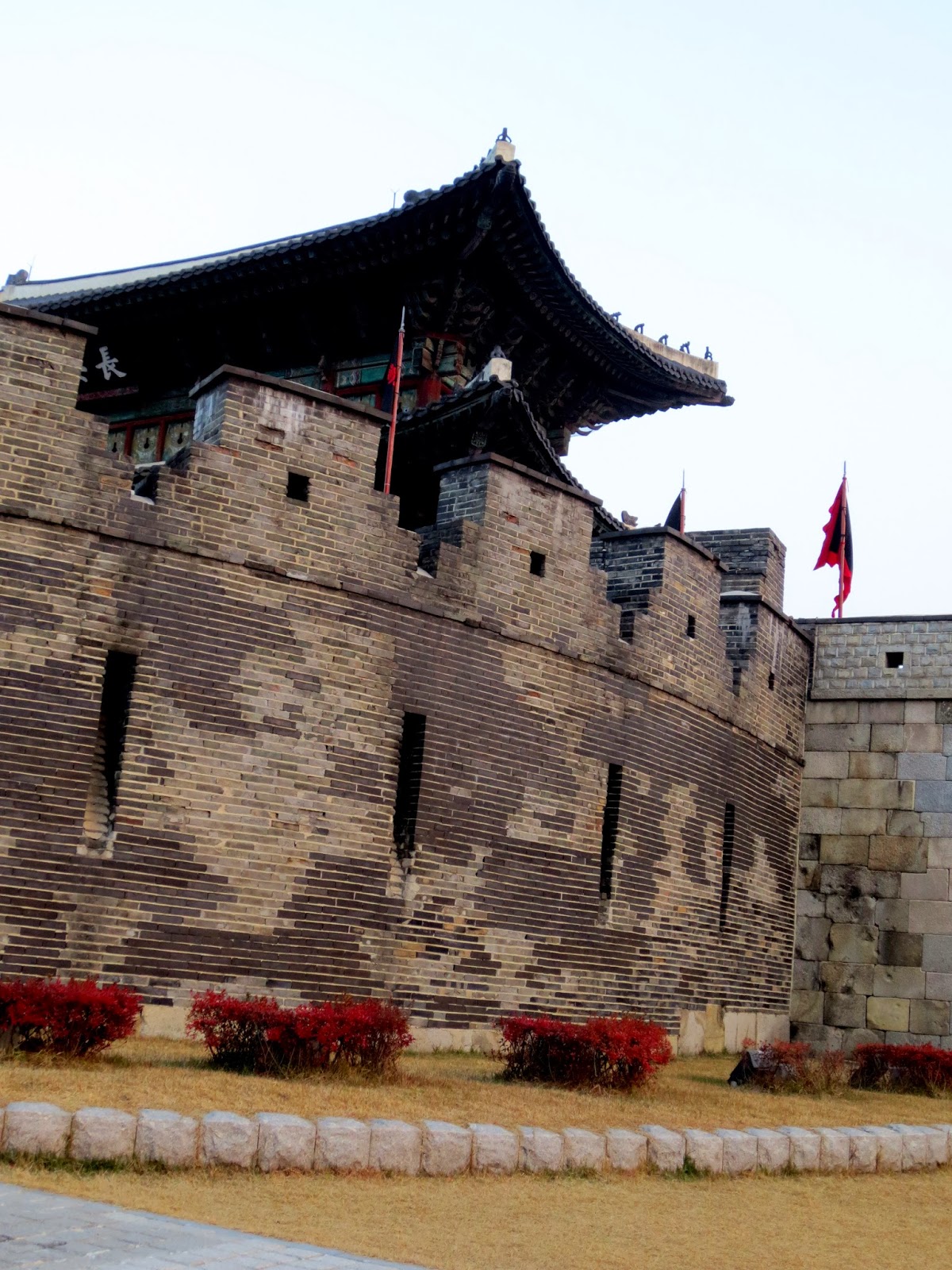