Days 1 & 2 of the Europe Excursion 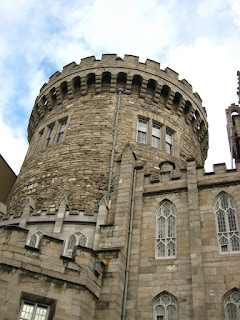 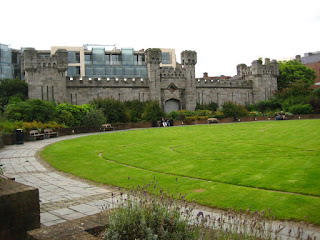 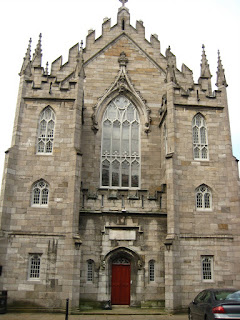 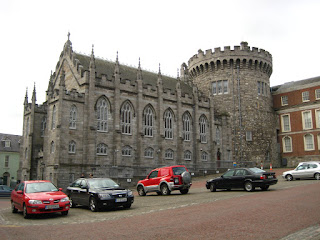 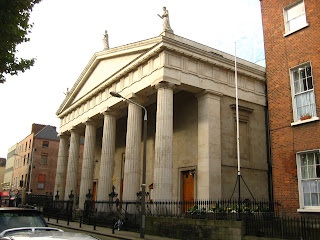 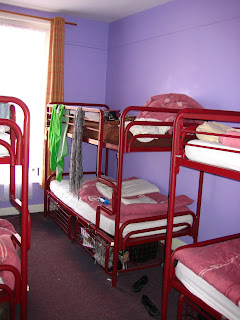 So, I've pretty much spent today and yesterday walking a lot, getting lost, and meeting new people. The top four pictures are of Dublin Castle, the next one is the church next to my hostel, and the last one is a picture of the room I'm staying in--it has six beds in it.
After I arrived in Dublin yesterday (Friday the 28th) at 8 am after a plane ride where I got no sleep, I took a 45 minute bus ride from the airport to get to the city center. I actually found the hostel pretty easily, but was too early for my bed to be ready so I just explored the hostel a bit and walked around. I found a nearby cafe and had some coffee and fish and chips for lunch. Then I went back to the hostel, brought my stuff upstairs, and took a small power nap before I went out and explored the city a bit more. I enjoyed my first pint of real Irish beer--Beamish--at Madigan's, and attended a service at the church next door to the hostel.
When I came back, two of my German bunkmates, Lea and Michael, invited me out for a few pints. We went to Temple Bar, which is a section of town across the Liffey with lots of pubs on it (like Brady Street or North Ave). We had a Guinness at The Alamo with a friend of theirs from college, and two more ladies met us there. Then we went to the actual Temple Bar where more Germans met us, and I ran into someone who was vacationing before starting school in Chicago. We went back to the hostel after that, and I was exhausted--I had only slept for about 3 hours in about 30 hours.
Today I got up pretty early, brought a city map, and went wherever it seemed interesting. First I journeyed to Dublin Castle. It was pretty impressive, but then again I haven't seen too many castles. I didn't go inside because I wanted to see more monuments throughout the day, so I moved on pretty quickly.
After that I went to the Chester Beatty Library Gallery, which was interesting. Most of the stuff in the collection focused on calligraphy, bookbinding, and rare books.
After this I checked out Christchurch Place, which was a very large church. I just looked around a bit, but didn't spend too much time inside.
Next up was St. Patrick's Cathedral. This was the place where Jonathan Swift, who I know mainly as a satirist, was Dean. The church was also the location where St. Patrick baptized converts on his visit to the city.
After this I got lost but ended up right by a restaurant I wanted to try. I got some delicious traditional Irish stew, and continued on my adventure.
I stayed lost for a while, but finally found my way to St. Stephen's Green. This is basically a giant garden, but it was peaceful to be able to sit down and watch people playing in the park. Until it started raining. And then it was fun trying to find cover.
After this cleared up, I went to the National Museum which was a giant, 3-floor museum that had lots of different types of artwork and focused especially on people who were influential throughout Ireland's history and Irish artwork.
After this, I decided to call it a day so I got lost again on my way back to the hostel, but finally found my way back after about 45 minutes.
Tonight I'm going to spend some time with some of my French roommates--maybe I'll get to break out some of my extremely rusty, tres mal francais.
Posted by Unknown at 8/29/2009 01:58:00 PM No comments: