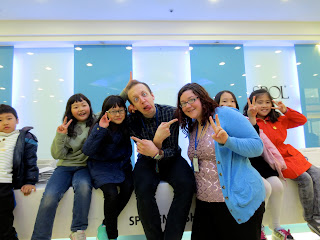 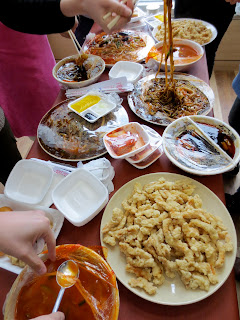 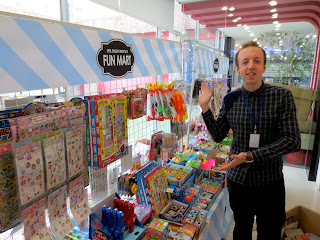 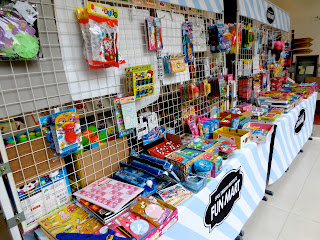 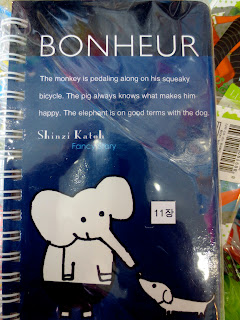 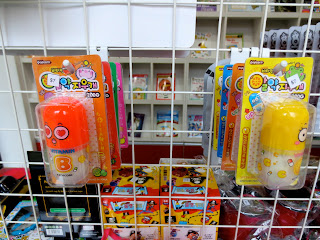 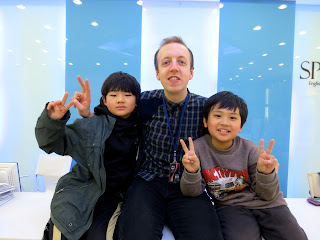 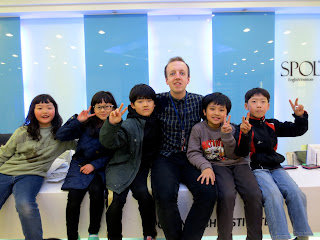 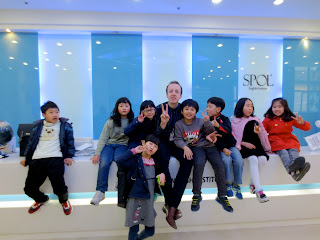 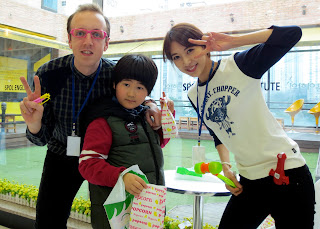 
Hey, guys! Sorry I haven't posted in a coon's age, but my internet hasn't been working for about a week. It's finally patched, so you'll be seeing a lot of blogs this week because I am going to be playing catch up.

Saint Patrick's Day in Korea isn't a holiday that is particularly big with Koreans, but it is definitely big with the expat community. The Irish Association threw a big party in Sindorim this year, which I sadly did not attend. I hear that there was a ton of live music, face painting, balloons, and Irish food.

To start my St. Patrick's Day, a few friends and I went to celebrate with a friend who has been feeling a bit under the weather lately so she could share in the festivities. We drank some beer, shared stories, and laughed until we cried more than once. I am happy I was able to spend some time with ladies that crack me up as much as they do. :) 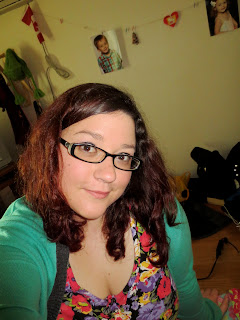 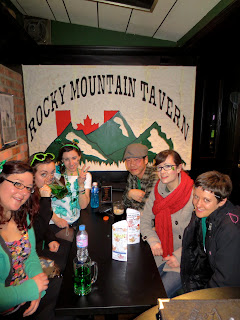 After an afternoon of laughs, we journeyed on to Seoul to join the rest of the community in celebrating. The first thing we did was eat a kebab, one of my favorite things that I can find in Seoul but not in Byeongjeom. We started at Rocky Mountain Tavern, which is a Canadian bar, hence the flag behind the Rocky Mountains in the sign. 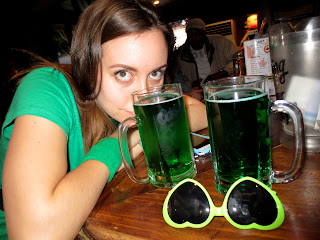 Even in Korea, there is green beer. We did notice that it was not green right out of the tap, rather they added green food coloring to the glass before pouring it. This meant that our tongues were stained green after the first beer, adding to our Irish festiveness. 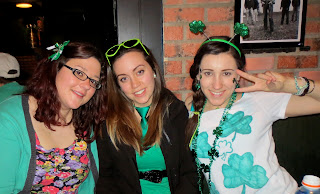 We met up with our friend Danielle and a few of her new friends at Rocky Mountain Tavern. (She, incidentally, is Canadian, and loves this bar.) This is Danielle's favorite holiday, as you might be able to tell by her specially-made shamrock t-shirt, shamrock necklaces, shamrock stickers, and shamrock headband. And I am wearing her shamrock hair clip that she left behind at her old apartment. I met Danielle in the first week I arrived here--she was the lady who helped me move into my apartment and then showed me around Byeongjeom with Lily. She went home for a few months, and recently returned a few weeks ago. She missed Korea so much she just couldn't leave for good! Danielle lives in Hongdae now, which is part of Seoul, so I will always have a friend to visit when I want to go out of town on the weekend. We stayed there and visited with some people while drinking green beer. We also tried some green jello shots. Mine wasn't actually set, so it was like drinking thick Kool-Aid that tasted like vodka (not exactly my favorite thing ever).

For the rest of the night, we skipped around to different bars and met up with different groups of people. It seemed like nearly everyone that I had met in Korea was partying in Seoul. There was lots of dancing, laughter, and shenanigans. It was a pretty great night!

< ----This has absolutely nothing to do with St. Patrick's Day, it is just something I saw while walking. As you can see, Korean advertising is pretty great. This particular sign is for a sauna.  Here, a sauna is like a traditional bath house where you have to be naked to enjoy the hot pool, cold pool, and saunas. They also have areas to sleep, so it is kind of like a hotel as well (but there are no beds--more on saunas, aka jimjilbangs to come).

This particular sauna is a bit different. It's a sauna specifically for gay men, and they brand themselves as a 24-hour "Queer Shelter". Their advertising is 100% gay, and they typically feature penises in rainbow colors or silhouettes of guys in stripper poses.
Posted by Unknown at 3/24/2013 09:47:00 PM No comments: 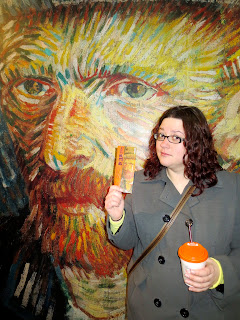 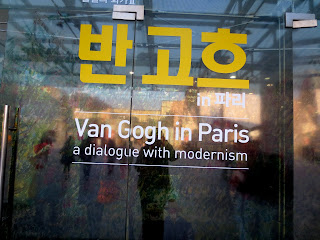 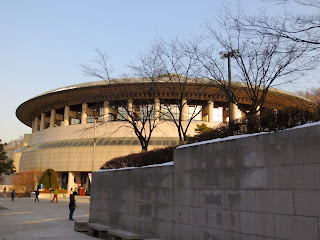 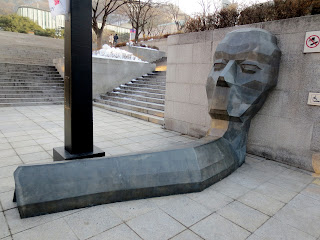