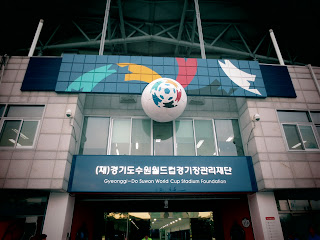 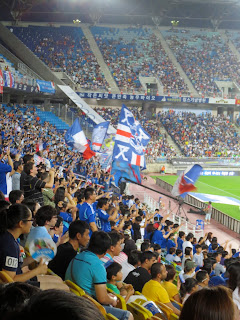 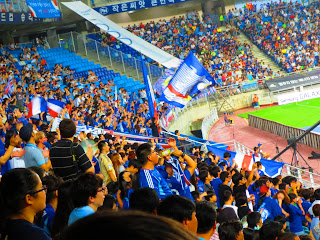 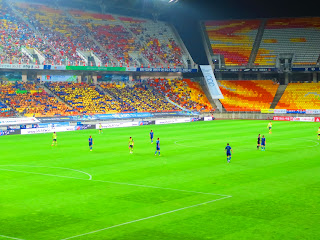 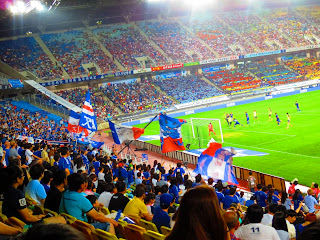 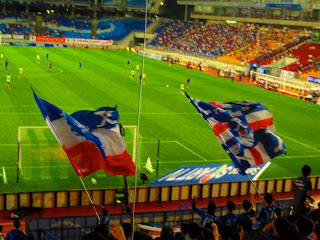 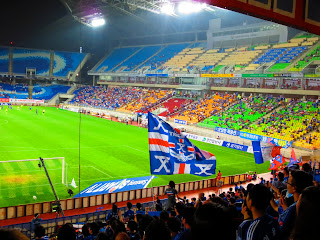 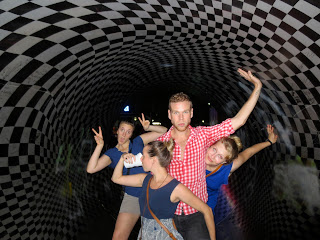 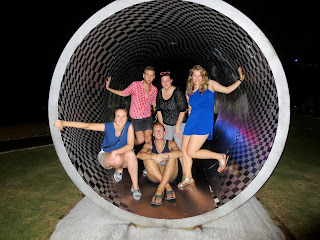 It's summer in Korea, and for many of the hagwon teachers that means that we have a brief, but very necessary summer vacation. Two of my friends were lucky enough to have their siblings come to visit during our little vacation, and we decided to go somewhere new--a pirate bar!

I'm sure most of you are asking yourselves, "What in the dickens is a pirate bar?". I asked myself the same question when I first heard of it. I had pictures of employees sporting eye patches, fake wooden parrots perched on everyone's shoulders, and plenty of plunder and booty for the patrons to explore. It wasn't quite as exciting as my imagination made it out to be, but I think it is interesting enough that anyone near Ansan (Sanbon Station, Line 4) should check it out. But before I give you more details and assuage your curiosity, here are some fun, goofy pictures we took before we made it to the bar! 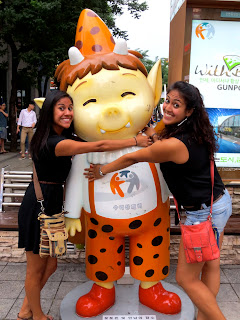 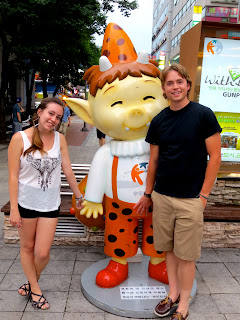 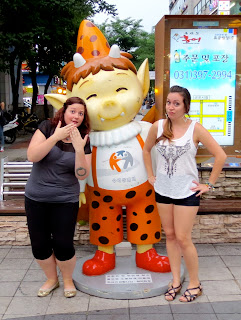 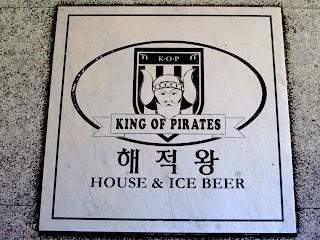 After we finished being stereotypical tourists, we arrived at our destination, King of Pirates. The directions from this blog are fantastic if you want to visit as well--they have included pictures and everything so it is nearly impossible to get lost.

One of their features is "ice beer". This is a draft beer that is served in a plastic sleeve, surrounded by ice, carefully placed in a plastic frame with a sponge at the bottom to absorb the water as the ice melts. Pretty ingenious. So, after you finish your ice cold beer, you get to take this contraption apart and throw your ice mug against the wall. Sweet Jesus, I thought to myself, this is an amazing idea. The sweetest part of the deal is that if you throw your mug dead center, you win some sort of prize. I even managed to get a video of my friend, Libby, doing exactly that! We went pretty early in the night (don't judge me, I am fully aware it was fully light out in these pictures) so there weren't any other customers. I can see it could be a ton of fun, and a great place to hang out because they play Western music, had some dart boards, and a decent-sized menu in case you get hungry.

Check out Libby being a winner: 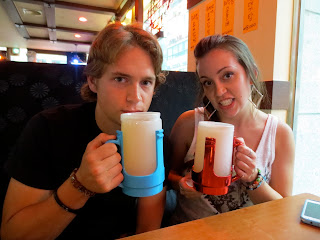 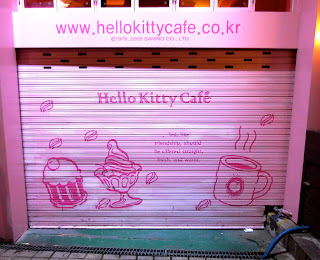 As if going to a pirate bar weren't enough excitement for one day, we ventured on to Hongdae for the evening. After getting off the subway, we stopped at the Hello Kitty Cafe to use the restroom and get some caffeine. There are no words to describe the girly pink explosion that this place is, so I will let a bunch of pictures do the talking. Enjoy. And feel bad for all the guys who had been dragged their by their dates. 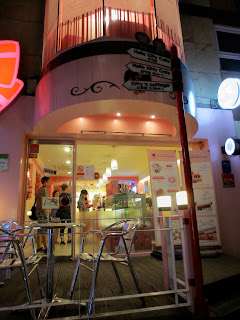 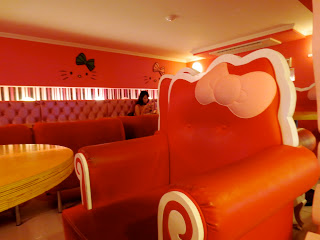 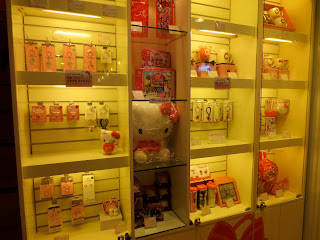 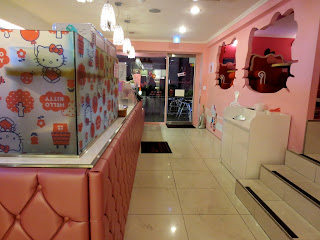 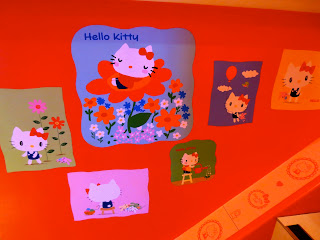 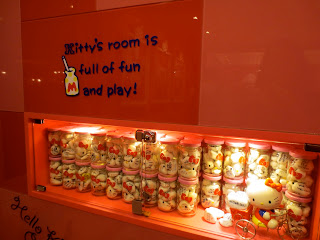 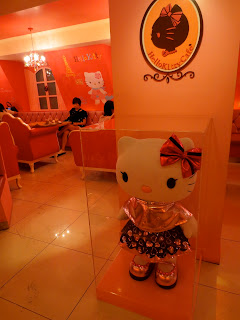 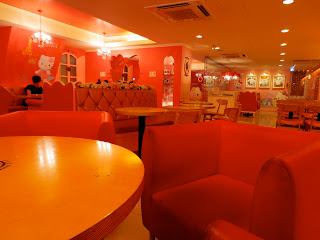 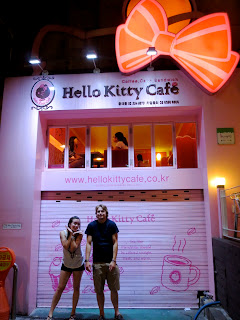