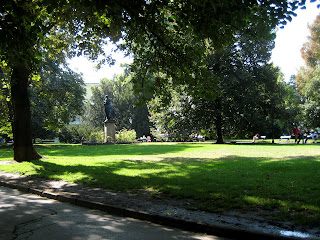 park where I spent the morning 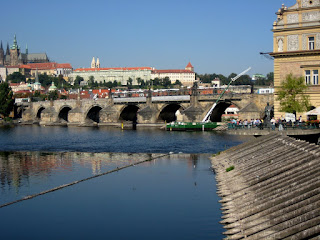 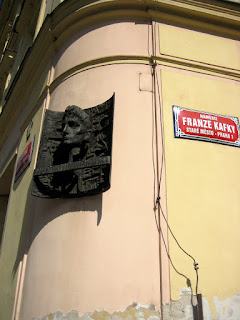 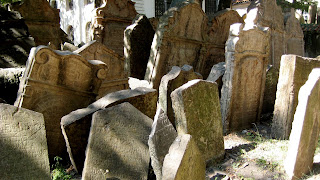 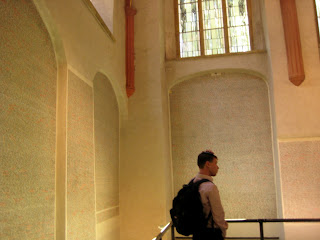 Inside Pinkas Syngogue. The walls are covered with the names of the Czech Jews that were killed in the Holocaust.
So, I'm pretty sure my allergies are trying to murder me, but I'm still having fun despite them.
In the morning I stopped in a nice little park by the river and just watched people and worked on a little writing. I've noticed that there are a lot of great little quiet places and parks that are great to just stop, breathe, and relax in.
Today I explored the Jewish District of Prague. They have a long history here, and there was a concentration camp that served as more of a way station, with most people being sent on to die at Auschwitz. At this camp, called Terezin, Hitler fooled the people of the world--he made a video portraying it as a great place to stay, saying that he had created a city to protect the Jews from war and the outside world, which wasn't the case at all. If you want to know more about it, you can check out
I got a ticket that got me into most of the museums in the area, so I visited a few of those that housed Jewish relics and explained some more of the history. I also got to go into the Pinkas Synagogue, which is terribly sad--it has pictures made by the children who were in Terezin (almost all of whom died), and the walls are covered with the names of those who were murdered.
I also got to see the cemetery. It's incredibly crowded because the Jews were only allowed that one cemetery, so people were literally buried on top of each other and their headstones were placed in front of the ones of the other people. It was kind of a sad way to spend the afternoon, actually.
I also looked in the Kafka Museum, which celebrates the German-Jewish surrealist writer. Actually, it just had a lot of biographical information on the walls and was a giant souvenir shop. It was kind of lame, actually, but didn't cost that much so I didn't mind.
At night I went on a pub crawl with Sarah and Izzy, two Australians I met at the hostel. It was interesting seeing the different bars and clubs that are in Prague, and they weren't too different from America. I did get to have some real absinthe though, so that was nice.
Posted by Unknown at 9/10/2009 04:39:00 AM