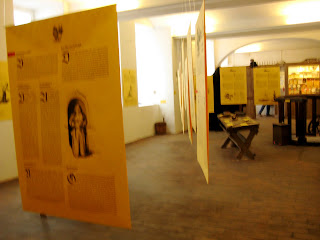 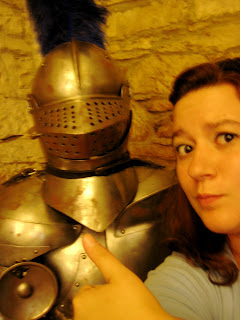 me with the ghost of a man who was turned to steel, because that's what his heart was made of 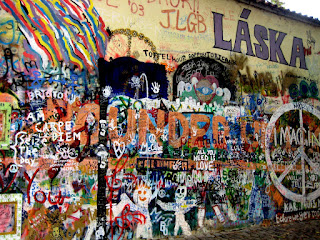 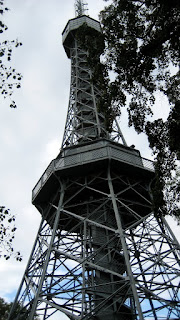 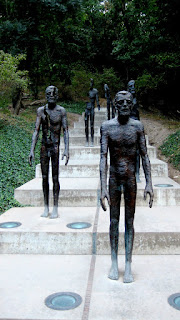 monument to victims of Communism
Today I started off by going to the more touristy area and checking out the Ghost Museum. I thought it looked interesting--apparently it's supposed to tell about all the different legends and mysterious things that have happened in Prague. Just another little layer to what I know about the city (which after this week, is quite a lot actually). As you can see from the picture, I made a new friend too.
After this, I went out on a search for the John Lennon Wall. It's the only place in the city where graffiti is legal (but graffiti is still all over despite the law. Apparently he was a hero to the citizens who wanted peace and freedom more than anything else. The Communists kept painting over the wall, but people kept putting up pictures and lines from Beatles songs, even though they were also threatened with jail. It's constantly being added to, so it never looks the same, but I think I caught a glimpse of one of the older pictures of Lennon and a yellow submarine through it all.
After this, I decided to spend the afternoon on Petrin Hill. It's basically just a huge nature reserve on a really big hill. I hiked to the top to see the observation tower, which is just a smaller version of the French Eiffel Tower. I decided to not go to the top, the whole heights thing got the better of me (plus they were charging 100 crowns to climb up 300 stairs--I wasn't into it that much).
I also got the chance to see the Hunger Wall, which is kind of unimpressive--it's just a white wall, shorter than me, that runs down the hill. It has survived since the 14th century, but it has been reconstructed a few times. Charles IV, a Holy Roman Emperor, ordered the wall to be built between 1360-2. There was a great famine during this time, and it was built strategically so that the poor could have work to feed their families.
As I was walking through the park, I noticed that there was a small picture exhibition happening in one of the tunnels inside the hill. Apparently a few people had been researching in the tunnels under Prague (especially under the Strahov Monastery), and had created a gallery of the pictures on a clothesline strung up in a tunnel. It was pretty nice to look at all the pictures, but I didn't get the full effect because all of the captions and details were in Czech.
I stayed in the park for the afternoon, just writing and observing.
As I left, I came across the monument to victims of Communism. It starts with the sculpture of a full person, and as you look at the people up the steps parts of them are removed and they become less and less of a person. It was beautiful, and quite a striking message.
I'm off to Birmingham tomorrow, but I'm sad to be leaving Prague. It's a beautiful city with a great spirit.
Posted by Unknown at 9/13/2009 03:54:00 PM