A popular holiday that exists in Southeast Asia is Children's Day. As far as I am aware, this is not a thing in the US, and I found it to be quite unusual when I first encountered it in South Korea. In Thailand. the holiday is always on the second Saturday in January. In Thai, it is called wan dek. It's a day to let children have fun while promoting awareness of how important they are to the future of the country. But mostly, it's about having fun!

Although the holiday is officially on Saturday, our school decided to celebrate a little bit early. Classes were cancelled for half of the day for all of the students, and they were allowed to roam about through the different activities and games that had been planned for them. The younger classes celebrated before lunch, the older classes celebrated after lunch. There were tons of snacks, and even a talent show in the activity hall. The show was quite elaborate--it was called "Anuban's Got Talent," and it had judges and trophies for the top acts. It was mayhem!

At the start of the day, the kids lined up on either side of one of the "roads" that goes through our school to give the monks alms (an act of charity, in which people donate food or water to a temple or monk). Buddhism is the main religion here in Thailand, and it looked like everyone had brought something to give to the monks. People typically give rice, water, or other staple food items as alms.

After that, the fun commenced! 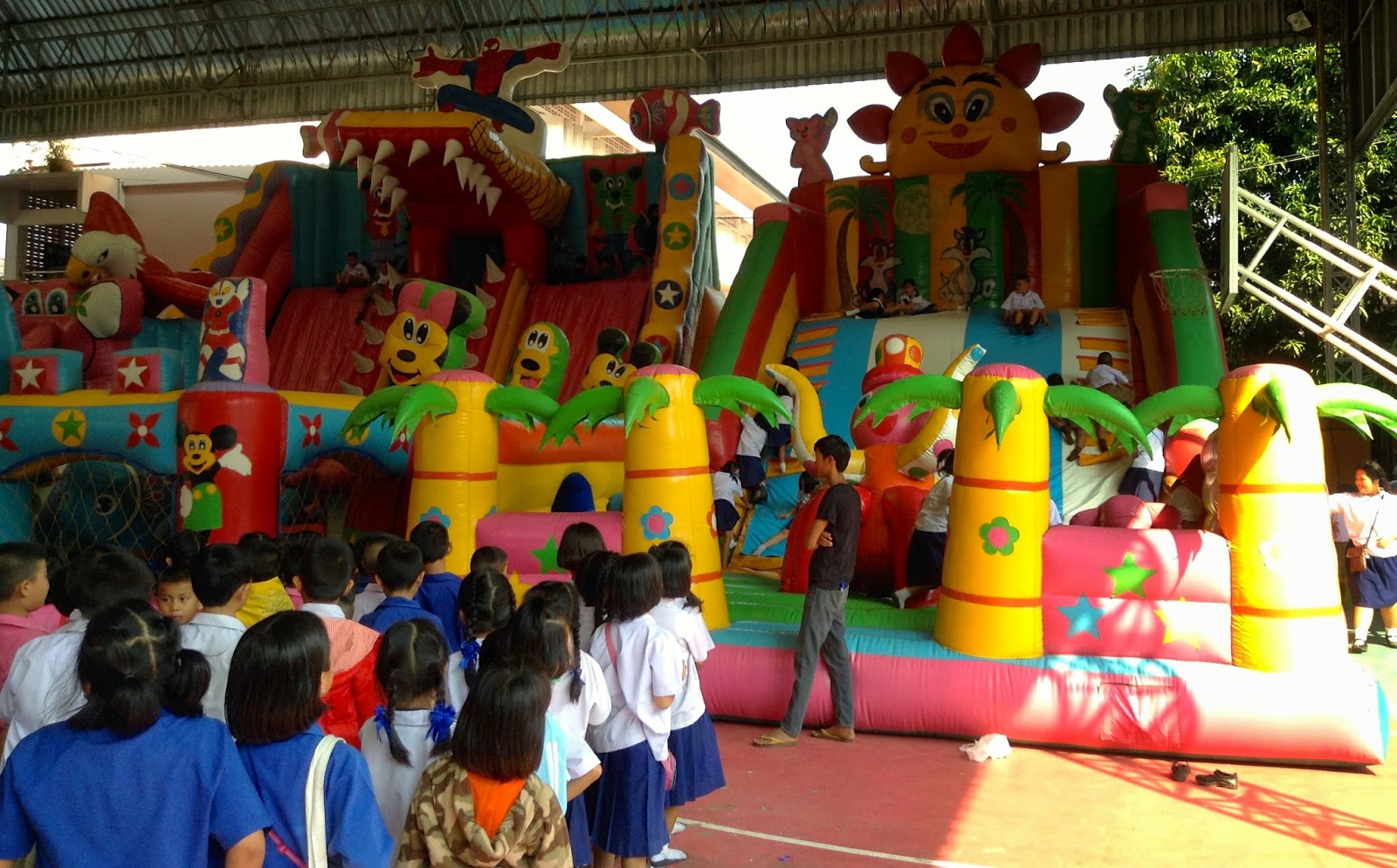