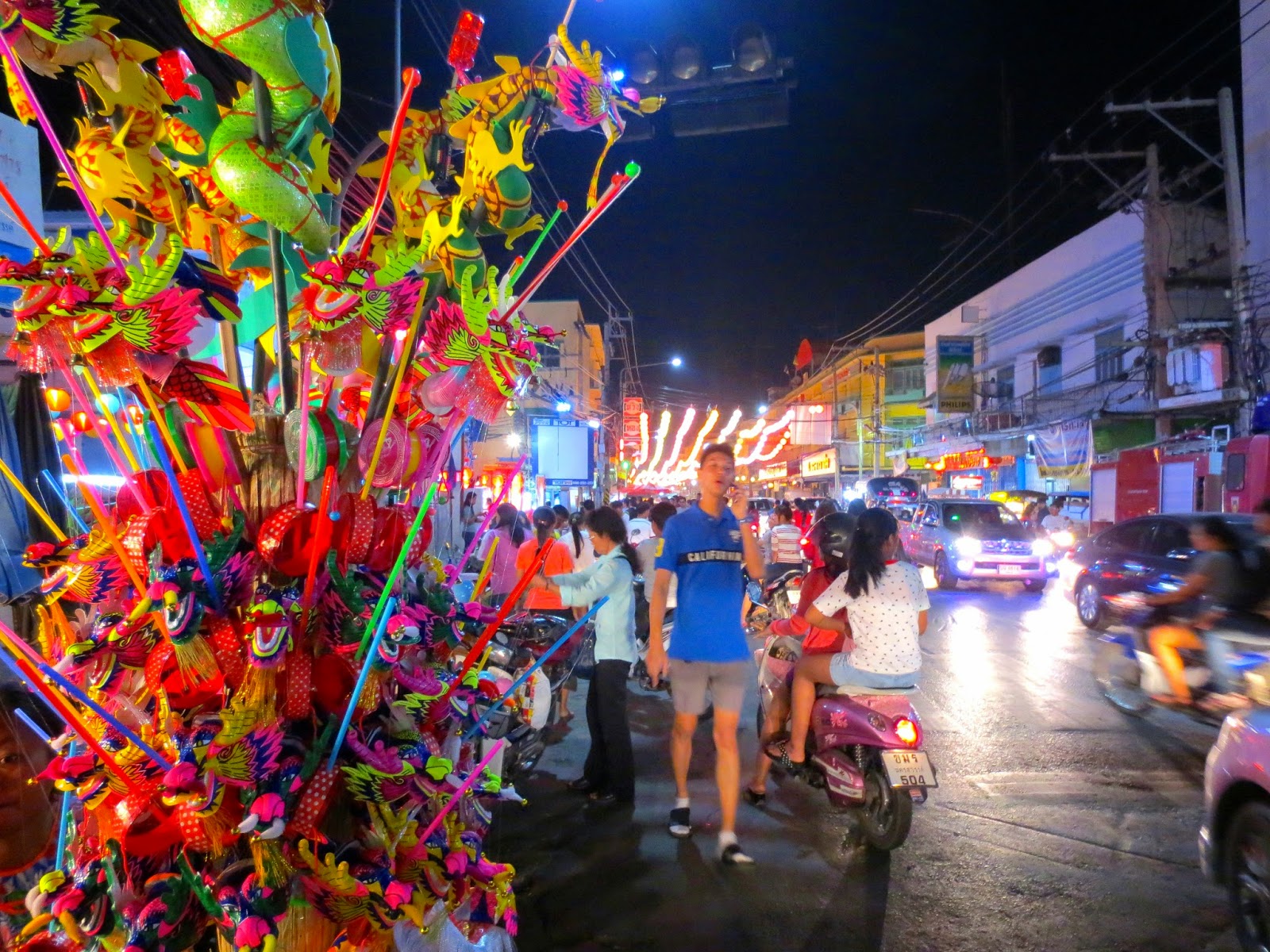 Happy Chinese New year! In 2015, the new year falls on Thursday, February 19, so it is technically tomorrow. Celebrations have been under way for well over week, so I'll say it early!

The city in Thailand I live in, Nakhon Sawan, is kind of famous for its celebrations on Chinese New Year. Decorations like lanterns have been up for a few weeks, businesses are putting up more lights and bigger decorations every day, and tourists are pouring into the city.

I have been impressed by the huge amount of thought and work that has gone into the holiday. The temple near my apartment is the main site of the festivities, and the street leading up to it is lined by fair-like stalls where you can play games to win prizes. Inside the temple, there is a gigantic market set up with every food imaginable, clothing, and little trinkets. There are even rides for the children. In the streets around the temple, there are Chinese-style temples that have been set up just for this event, and there are gigantic sticks of incense burning at all times. There are stages that have Chinese plays and operas showing. It's like a carnival!


Even better than that, there is a massive set-up on the beach by the river. There is a giant golden Buddha in the middle of it all, surrounded by Chinese lanterns, statues, and a stage that has a different performance every night. It was amazing to just walk around, look at all of the different things that had been set up, and watch the stage performances. 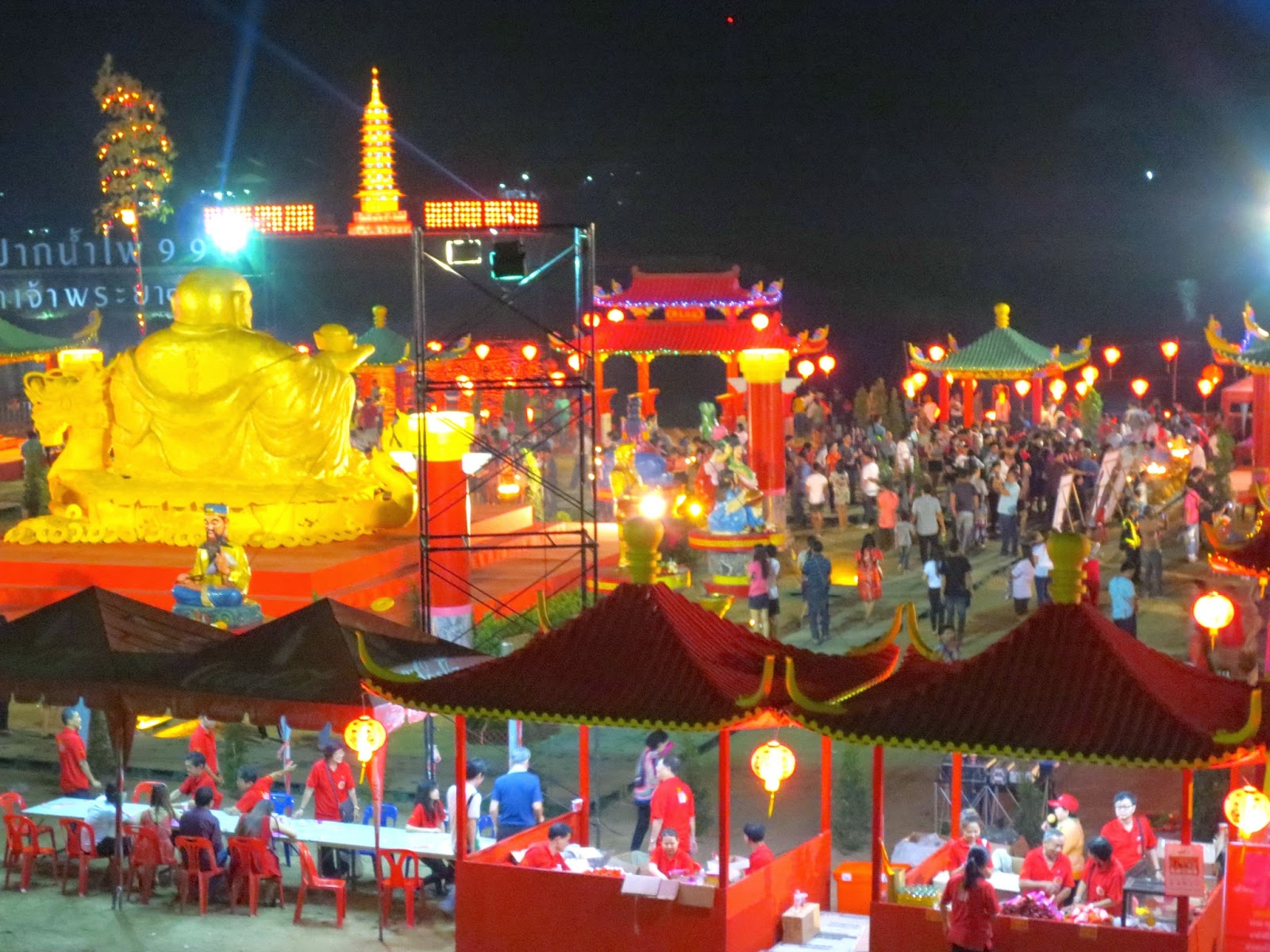 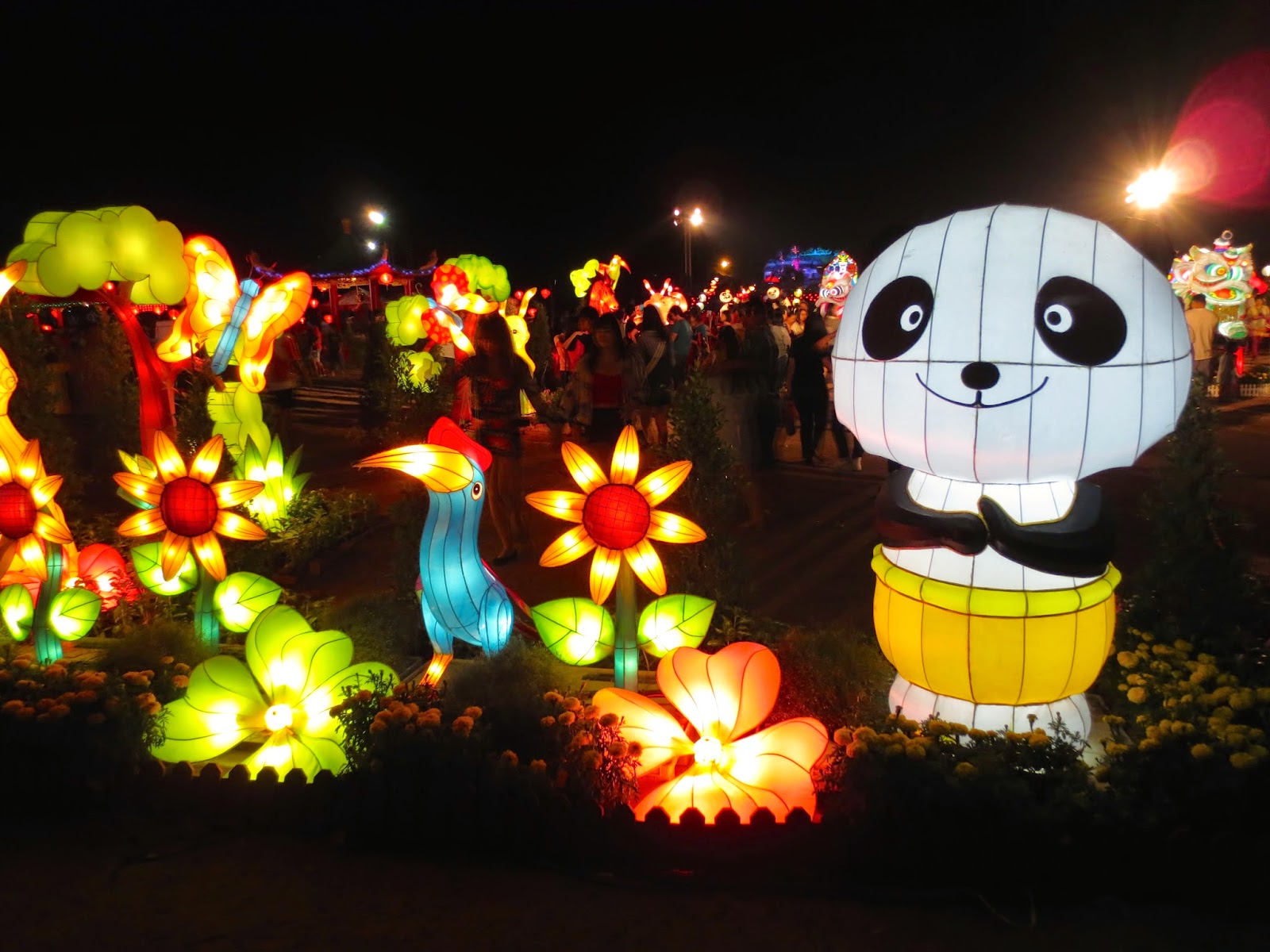 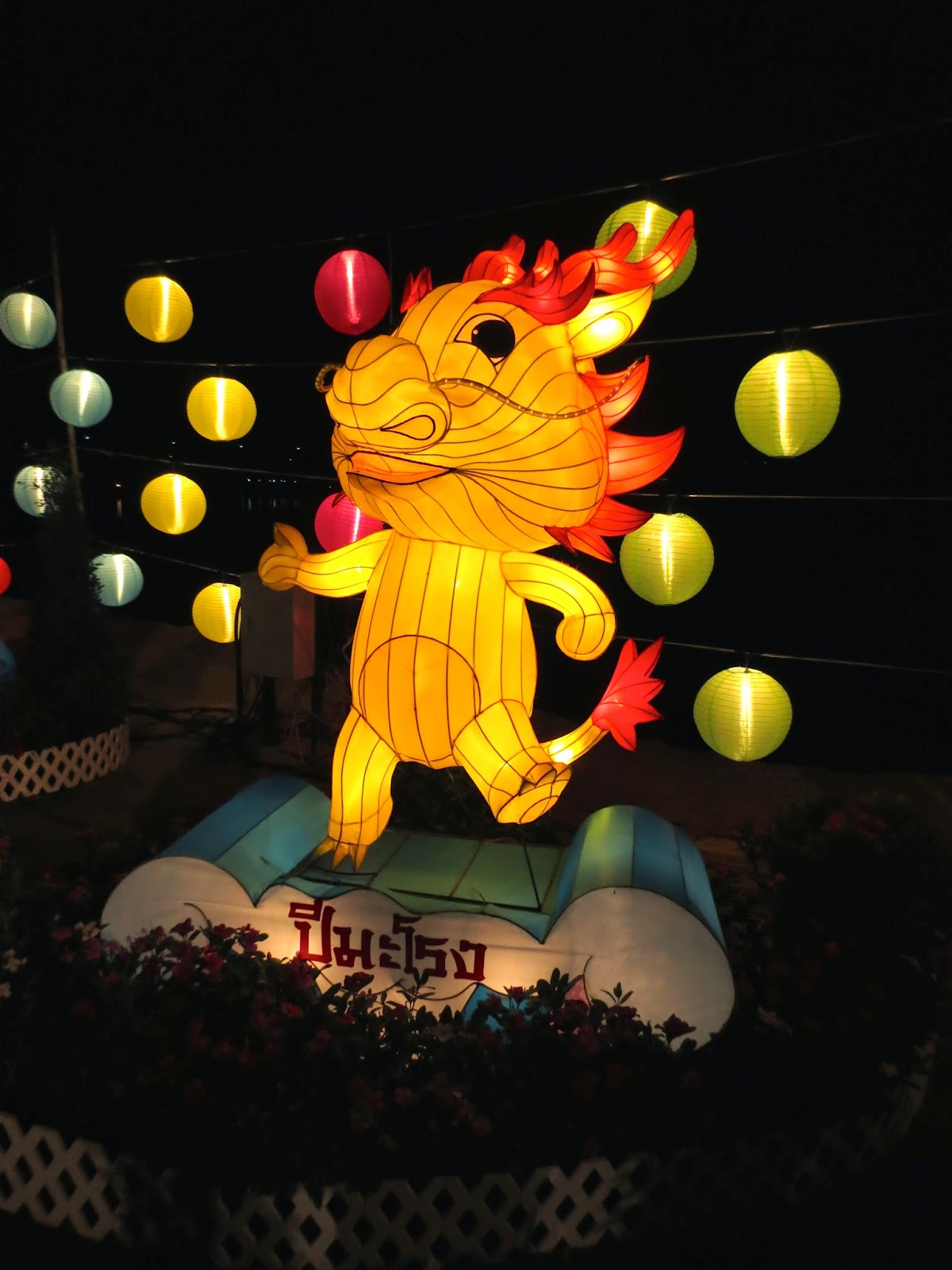 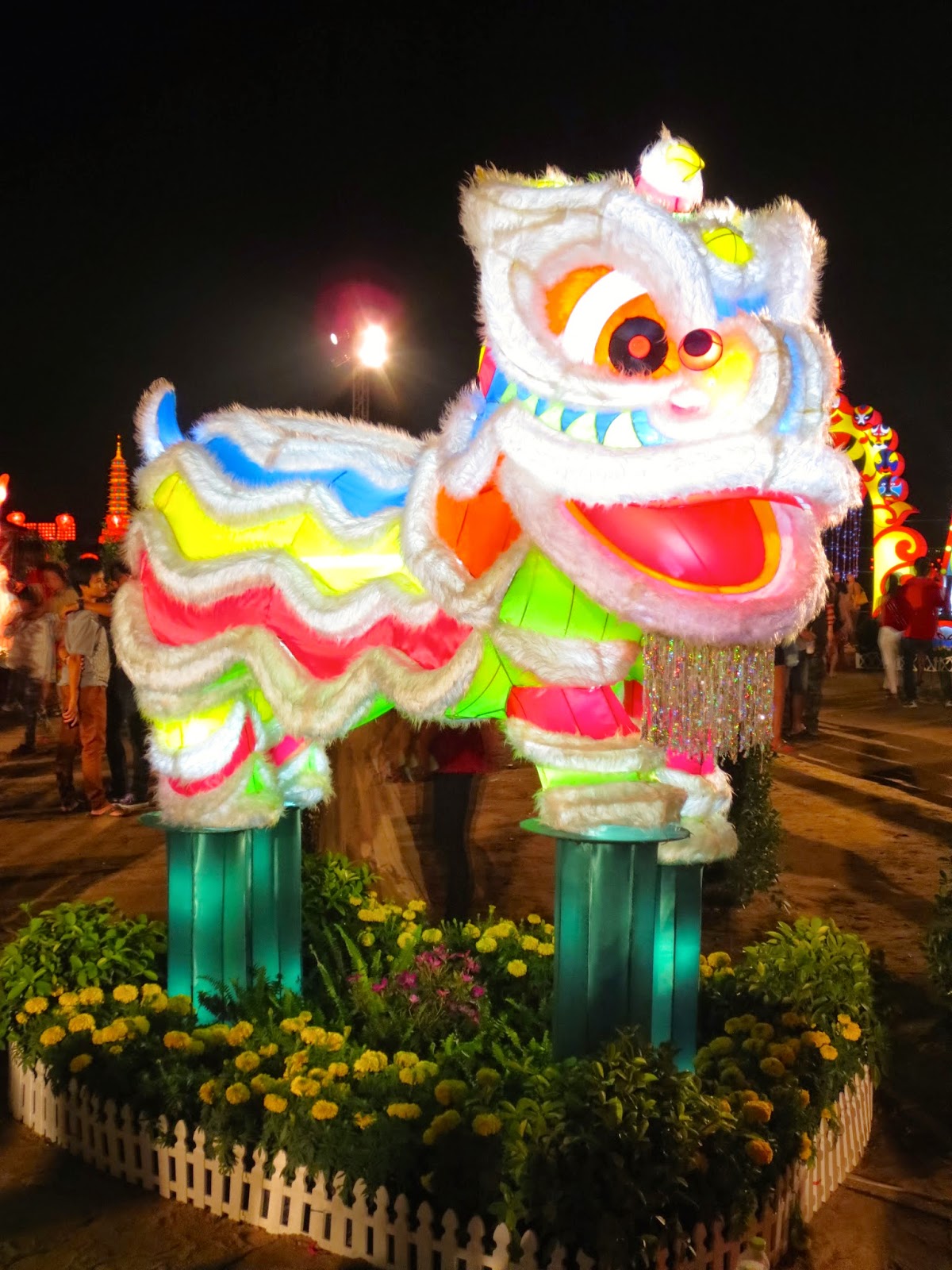 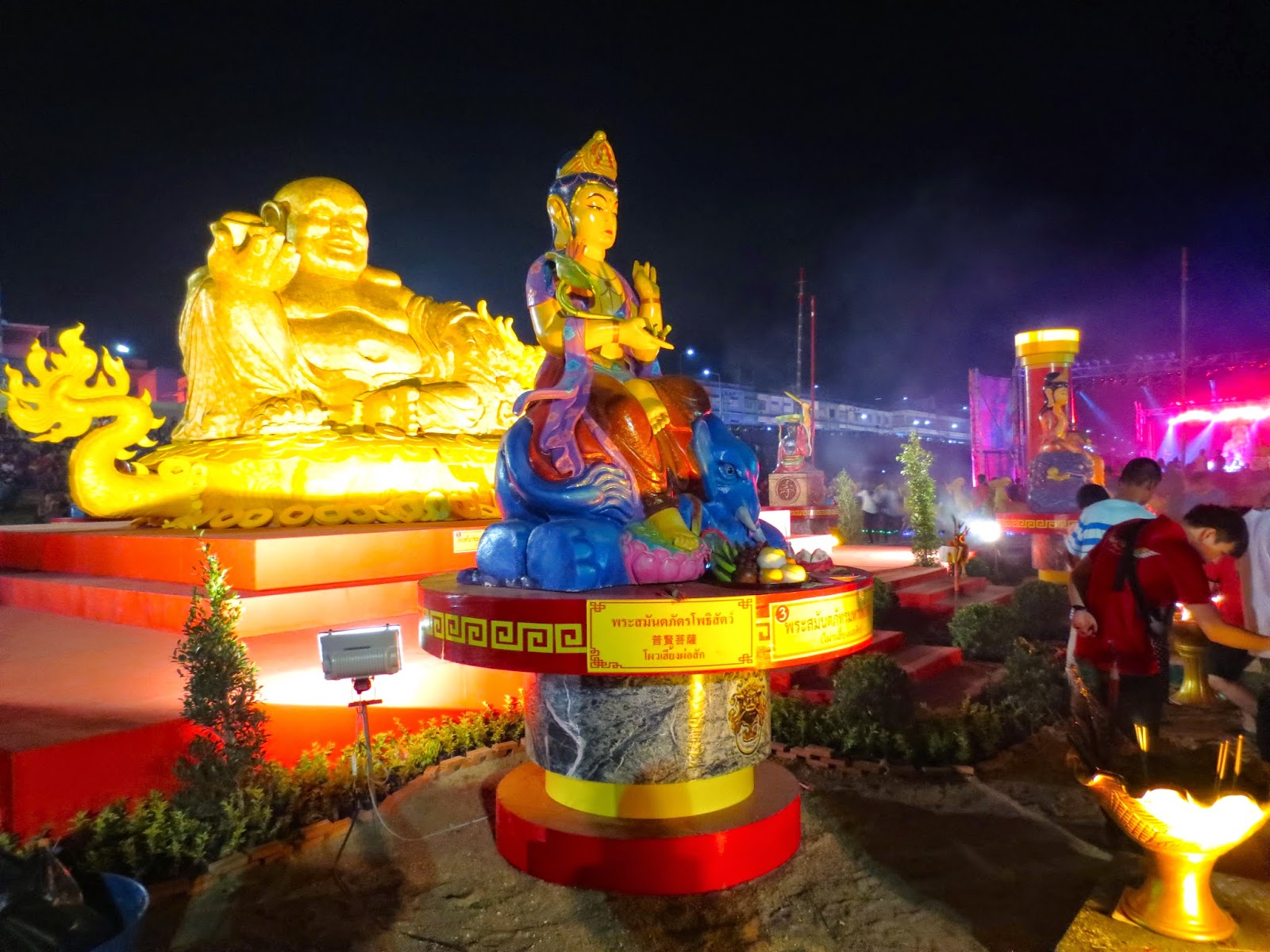 Below are a few pictures of what the stage performance was last weekend. There were lion dances, which basically consist of a two boys under the lion costume. The dances were beautiful, and it was amazing how they were able to make them come alive. The lions danced, flicked their ears, showed emotion, and even blinked! There was also an acrobatic show on the stage, where the kids were stacked up four high! It was incredible to see, although I must admit that my heart stopped a little bit in fear for someone falling.