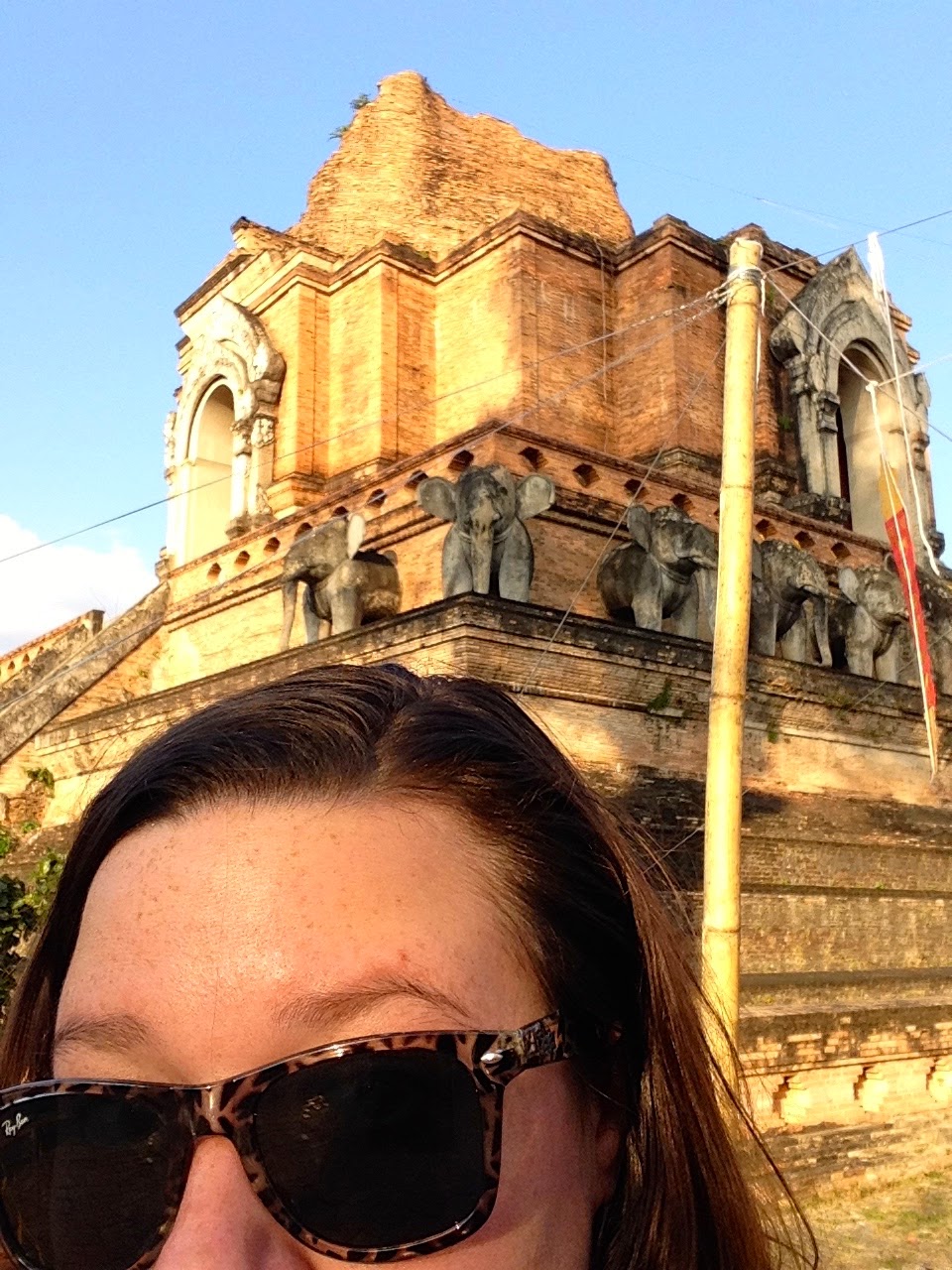 Over the New Year holiday, I was lucky enough to visit Chiang Mai. It's in the northern part of Thailand, and has a reputation for being one of the coolest cities in the country. I definitely enjoyed my time in this place, and one of the most amazing things about it was the massive amount of temples.

Above is a picture at one of my favorites, Wat Chedi Luang. I don't think that you can really see how massive this spire is from the picture, but it is incredibly impressive in person. This wat (the Thai word for "temple") is a Buddhist temple located in the middle of the historic square in the city. It was built during the 14th century, and its claim to fame is that it once housed the Emerald Buddha. The structural damage that you can see is from a massive 16th-century earthquake. It has since been named a UNESCO World Heritage site, and restorations have been made with the help of funding from both the Japanese government and Unesco.

Below are a few more candids from the trip. It being the new year, the temples were amply decorated as many people stopped by to make merit. They were all quite beautiful, and it was a surprise to see the temples decorated so much! 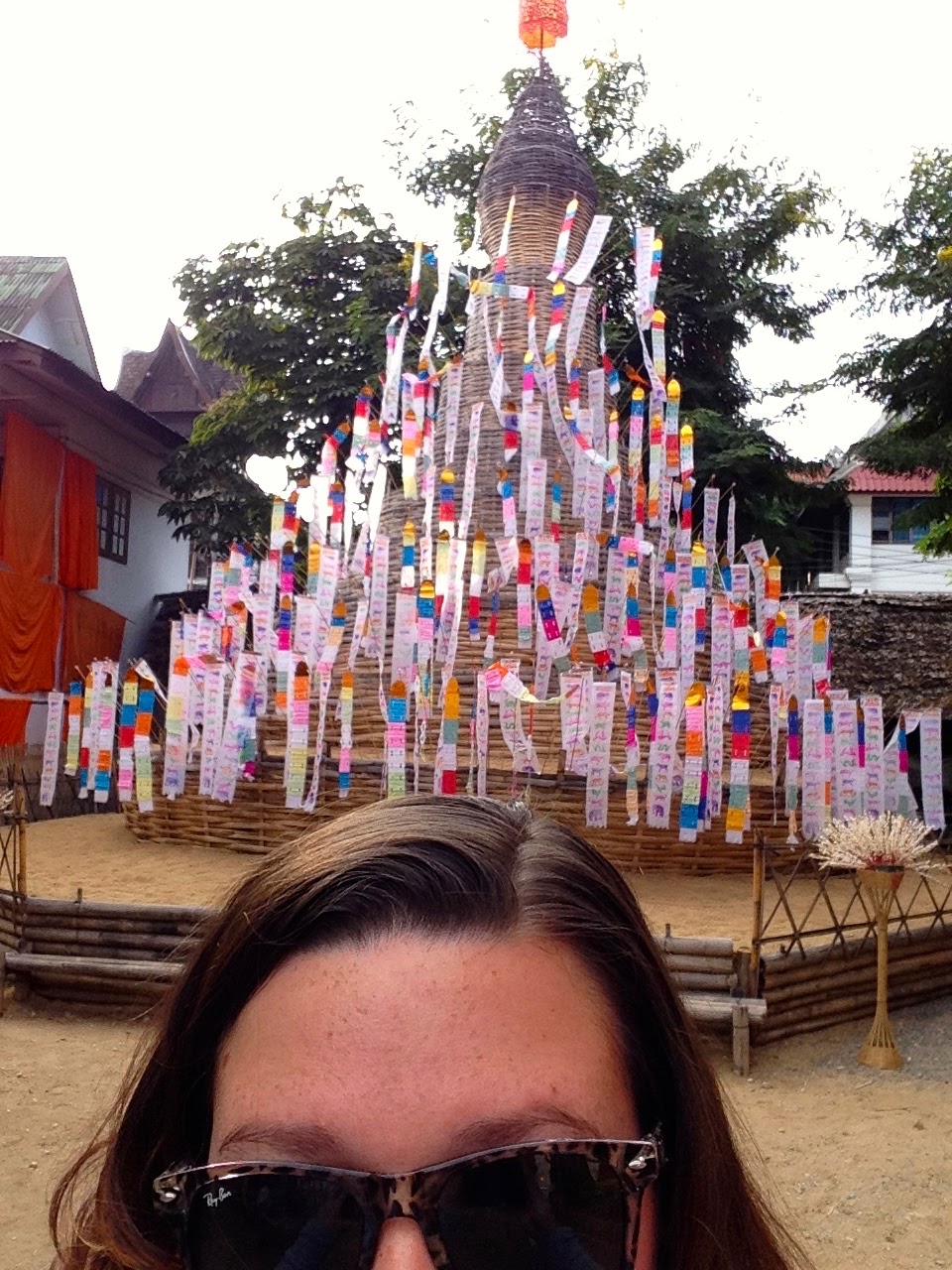