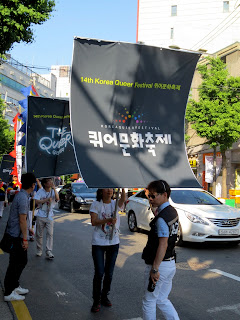 On the day I had already delegated to go to the aquarium, I discovered that the 14th annual Queer Festival was happening in Hongdae. Needless to say, I quickly changed my plans and my friend Katie and I met up with Danielle to get our queer on.

The parade was a giant progression of people who were lesbian, gay, queer, or straight supporters of the LGBTQ community. There were pride flags, elaborate costumes and fabulous drag queens galore.

The main drive were several trucks blasting dancing music that kept the energy incredibly high, and lots of happy people walking for a good cause.

Being gay in Korea still has a huge stigma, so having so much support from so many people was a great sight to see. Same-sex marriage is still not recognized in Korea, and I have been told that it is a popular belief that homosexuality is a "Western phenomenon". Movies and other mediums are making this issue more visible, and it is slowly becoming more accepted. Several K-Pop stars have revealed themselves to be gay, which seems to be helping to sway public opinion. Kim Jo Kwang Su, one of Korea's first openly gay film directors, plans to marry his boyfriend Kim Seung Hwan on September 7th, 2013. He will be wed in a public ceremony that will not be legally recognized in the hopes it will push for the legalization of gay marriage.

If you want some more information on being gay in Korea, check out this blog post. 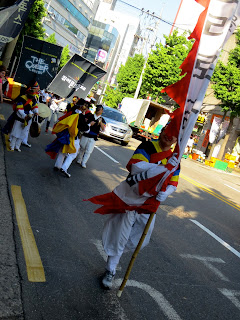 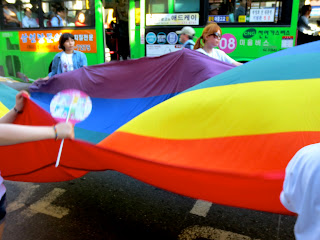 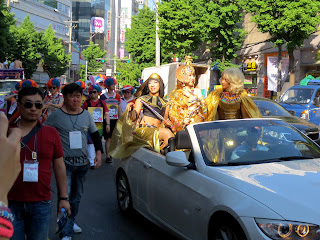 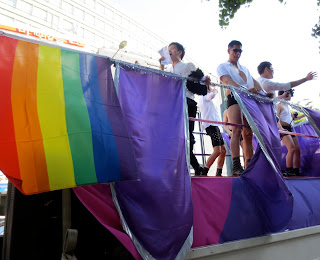 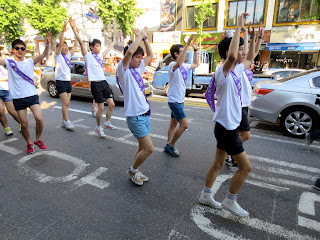 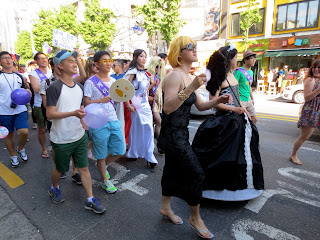 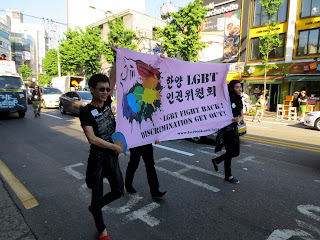 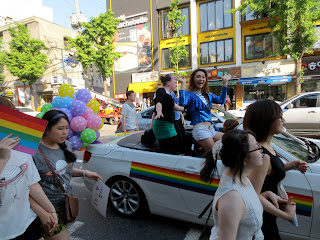 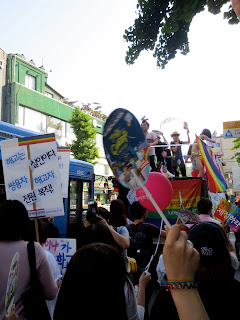 After a while of watching the progression, we decided it would be more fun to join in. Danielle was the first to join with the crowd, and Katie and I soon followed. It's the second parade I've participated in in Korea, and it was definitely more fun to be marching with everyone! 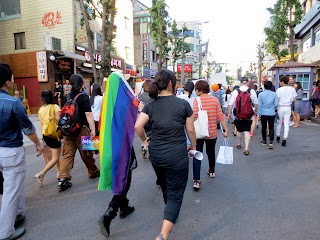 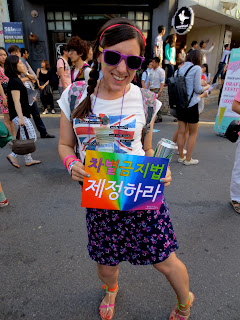 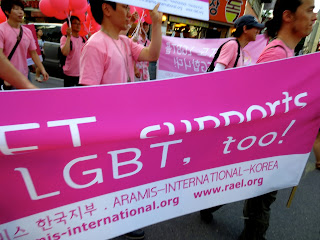 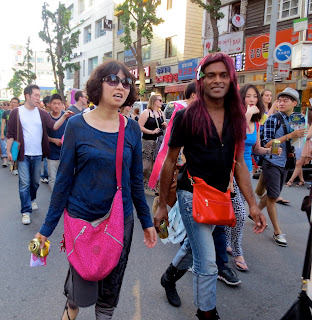