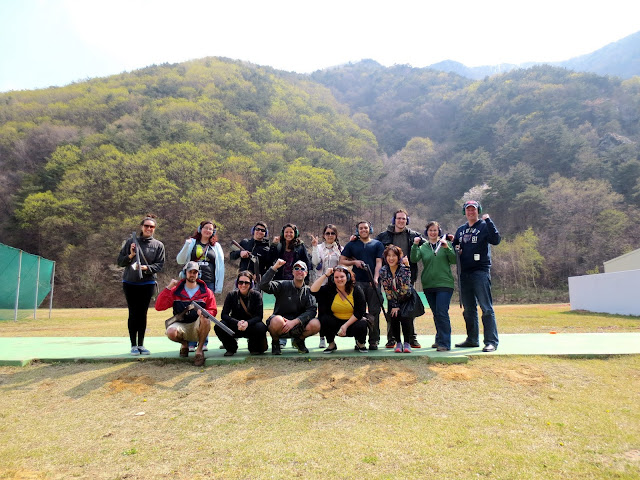 Despite the fact that guns are illegal in Korea for non-military citizens, there are gun ranges here. Which is something I delightfully discovered when I opted out of ziplining during a trip due to my completely irrational fear of heights.

I'm glad I did, because it was tons of fun shooting a hand gun for the first time and trying my aim at an air gun. I now completely understand why people think BB guns are so fun!

They were extremely safety-conscious, and it seemed like it was virtually impossible for there to be any sort of accident in which someone got hurt. 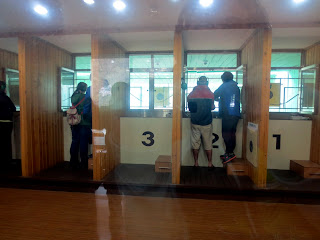 This was the hand gun shooting area. For a pretty small fee, we each got ten shots. The gun was in a harness, so it was basically hanging there the whole time and gave us no chance to accidentally point it someone. An instructor stood next to me as I shot, and cocked the gun for me and gave me some pointers on aiming.

I hit the target with all ten bullets, so apparently I am an amazing shot. I had 63 out of a possible 100 points, so not too shabby! 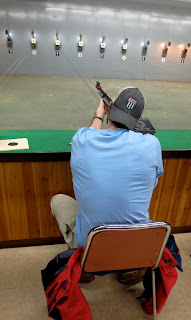 Charles at the air gun range. This part was huge. There were tons of targets, but unfortunately they were only using about 10 of them so it took a while to actually get to shoot.

Once you shot one of the little pellets, you could hit a button and the target traveled down the wire to you so you could adjust your shot. This was pretty sweet, and it was fun to be able to adjust your aim using a close-up view of what you were shooting at. 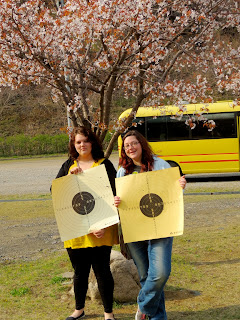 The shooting range was located in an absolutely gorgeous area. It was set in the midst of some mountains, and it being high cherry blossom season, the trees were all in full, impressive bloom. I took more than a few awesome nature photos here. 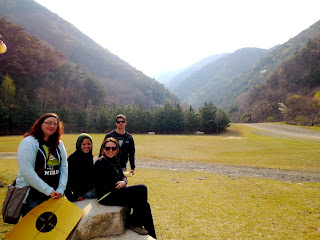 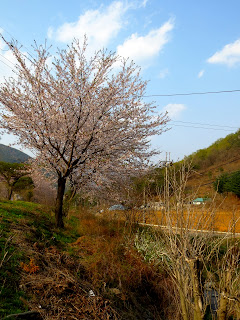 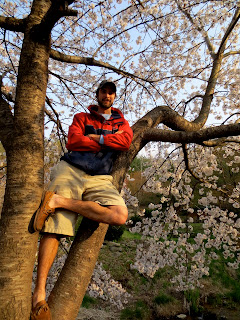 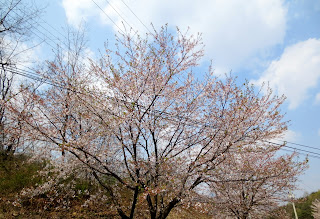 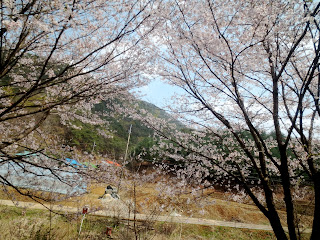 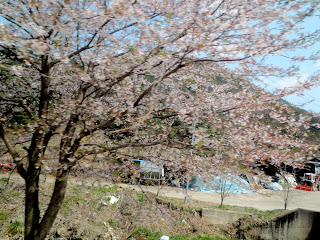