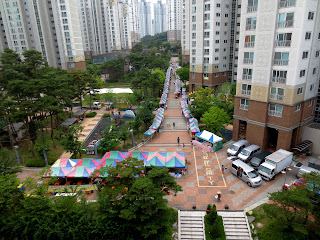 I had a pleasant surprise last Thursday outside of school--a fair! Well, a fair on a very small scale. Apparently, they set up in the park outside about once a month during the summer. I was just able to glimpse at the start of work, and it was (thankfully) still going strong by the time I finished up at 9. 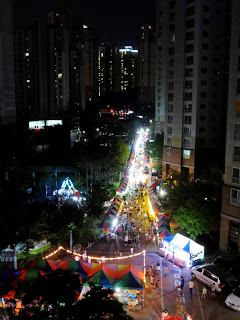 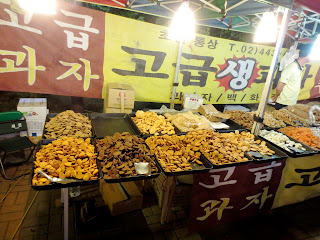 There was quite a bit of food on display. You could go through and buy bags of different chips, wafers, and candies. Nothing looked especially appetizing. 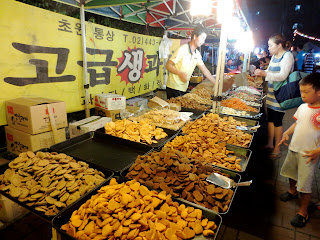 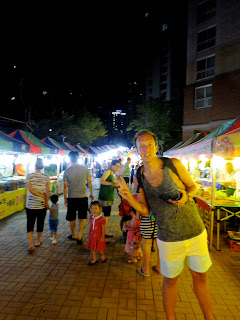 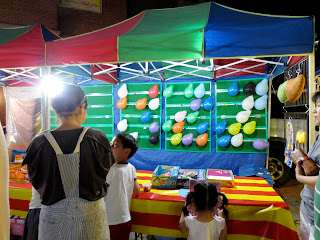 There were lots of games that could be played too. Some were familiar, like the good old balloon popping game. Below is a picture of children trying to scoop up goldfish. This did not seem to be a game, it was more of a free for all of little kids trying to catch fish with one of the little green nets people use to catch them in their own fish tanks back home. It was cute to watch, and the kids seemed to be really excited to do it. 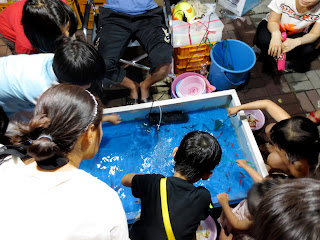 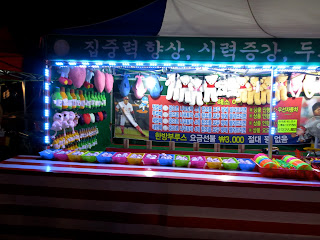 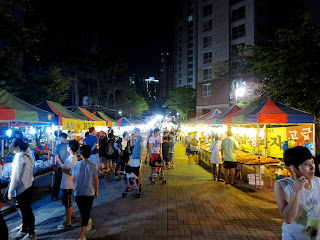 There were not any rides for the kiddos, but it was a beautiful little scene to walk through. Everything was lit up (though that happens absolutely everywhere in Korea), and there adults and children alike enjoying themselves. We did run into a few kids that we teach, who were eager to say hello!
Posted by Unknown at 6/25/2013 10:33:00 AM