Recently, I went on a wine train adventure to the province of Yeongdong. I caught the train in Suwon (just barely, because it turns out I didn't really know where the KTX Station was and I left a tiny bit late). The train has wine cars, ginseng cars, and cinema cars. Luckily, I signed on to be in the wine car which served wine the entire ride to Yeongdong. They featured all Korean wines, with a very limited selection including dry red, sweet red, and white. The wines were okay, but nothing really stood out. Korean wine in general is usually sweet, which is not really what I like in wines, so I still haven't found a Korean wine I truly enjoy. 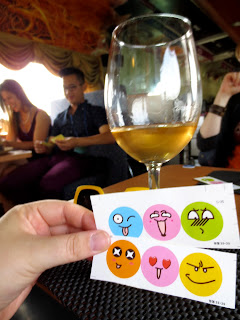 At the beginning of the journey, we were given these stickers without any explanation. About an hour after we received them, we discovered that they were for putting on the faces of people who lost at Rock, Scissors, Paper. I can't describe to you how big this game is here, and it is not surprising that we were expected to play. One cart back was filled with ajummas (little old ladies) who were getting into this game hardcore. They were dancing around to music, playing the game with other tables, and had their faces covered in stickers. I did not get a very good picture of them, but it was astounding to hear the ruckus they were causing. 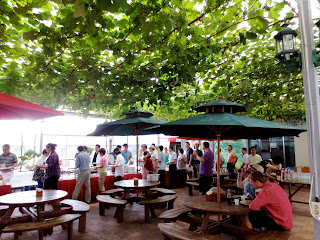 After our relaxing train ride, we arrived at Chateau Mani. They had a buffet feature Korean and Western food and boxes of wine that tables could take freely. We had about an hour to eat, drink wine, and explore before we went on a tour of the wine cellar and had a wine foot bath. 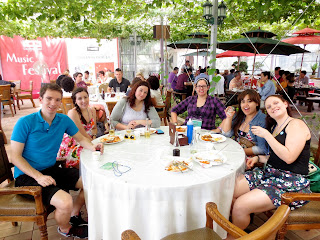 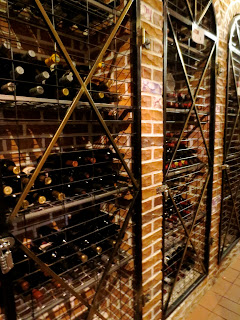 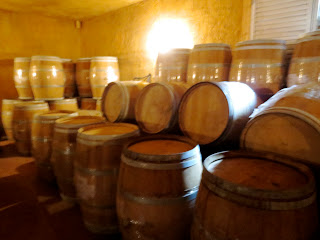 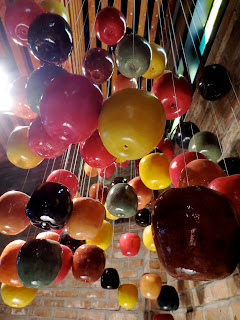 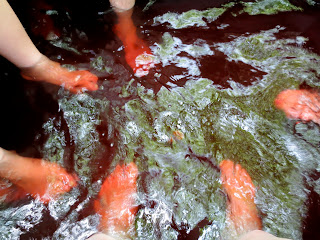 After eating and looking at the wine barrels and cellar, we had a wine foot bath. It was a nice, hot, relaxing soak for our feet in wine/water that was 38*C (about 100*F). If you want to learn more about the wine train, or go on it yourself, check out this site for more information. 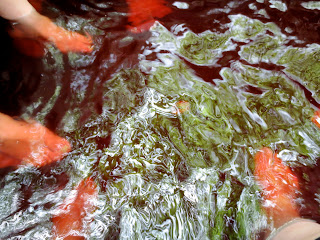 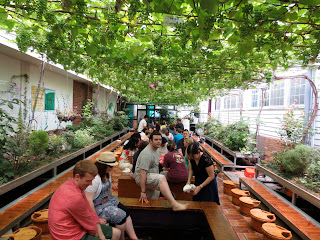 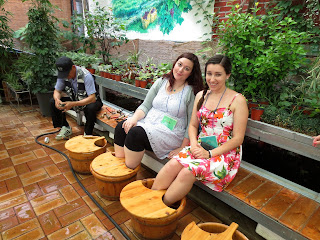 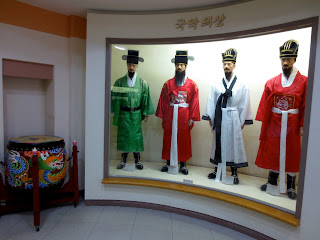 Yeongdong is famous for its music history. We were treated to viewing the music museum, a live performance, and a drum lesson of our very own! These experiences are not typically included with the wine train, but because I went with the tour group WinK (When in Korea) they had planned so much more for us. The drum lesson was my favorite part of the trip, and something I would not have experienced if I went on the Wine Train on a whim. It was definitely a lot of fun.

Yeongdong was home to Park Yeon, one of the top three traditional experts in the history of all of South Korea. Park Yeon created the theory of Korean traditional music and also produced several instruments. To honor him, there is a music museum, many traditional music performances throughout the year, statues scattered around, and his birthplace is honored. 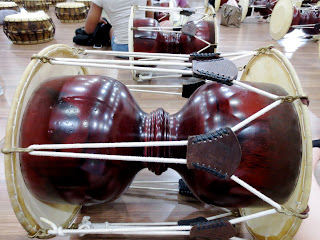 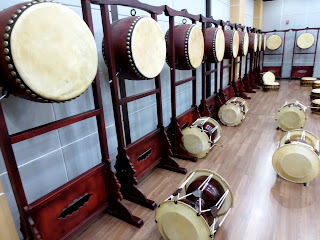