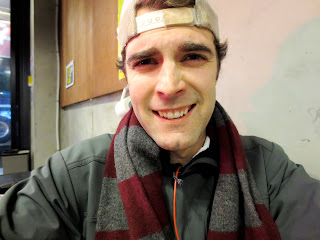 This is Charles. He is one of my coworkers. I think Charles was trying to look handsome in this picture--I think. If he is, it isn't working, so this is just conjecture. After eating our meal, I think that I should say that this is a face of disgust. But I'm getting a bit ahead of myself...

So let me explain. Charles and Dan, my native English speaking coworkers at school, decided today that when we go to restaurants after school, we should try to always go to a new place. This is a great idea, don't get me wrong, but there is always a margin of error when exploring restaurants that have not been vetted by someone else. We wandered around Byeongjeom for a bit in search of a different restaurant, and settled on an inconspicuous one that appeared to be a galbi restaurant. When we walked in, the place was empty. We sat down at a table, and tried to ask for a menu. Unfortunately, they did not have a picture menu, just a menu written in Korean on the wall. None of us spoke Korean, so we told the staff to give us anything (this was harder than you might imagine--I had to pull out my Korean/English dictionary on my phone to try to translate). The waiter laughed, and promptly began putting together our meal. The lady working there brought out the starters, which is very typical. The starters themselves were definitely not the usual ones: 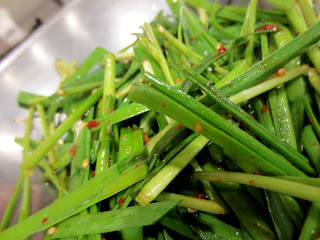 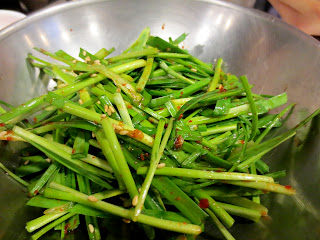 One of the items was grass, I'm pretty sure, coated with a bit of chili sauce. Not too bad, had a nice fresh flavor to it... 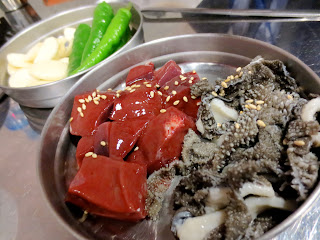 One of the other starters was this, which I think is raw meat and either octopus or squid or skin... This was the first sign of the strange dining experience to come. Charles and Dan, ever the adventurous culinary pupils, tried both of these items, whereas I (the chicken of the group) steered clear.

These types of starters are a bit strange, and the three of us were beginning to worry about what kind of restaurant we had walked into. After a bit of discussion, we had ruled out a dog restaurant (because those places usually have pictures of dog on the walls or on the front just so people are aware). After a little bit of a wait, what came to us was this: 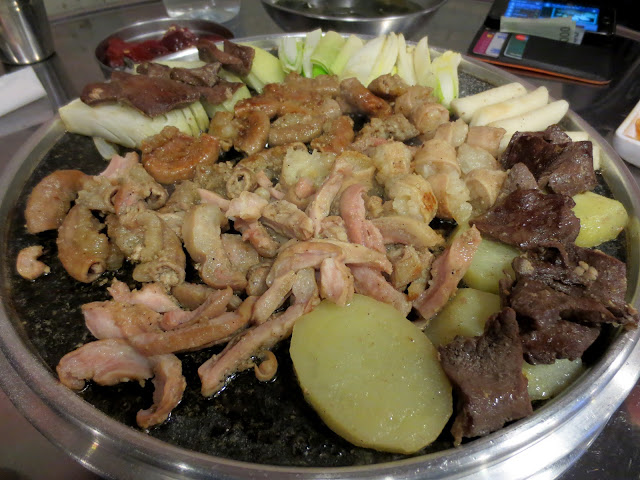 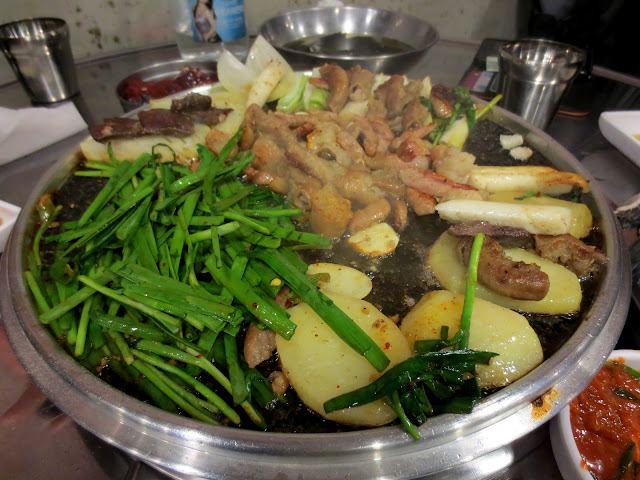 Up close, this food looks pretty suspicious, but I went ahead and tried all of it. I'm pretty sure that the first thing I tried was liver, which wasn't awful. Dan took a picture and sent it to one of our Korean coworkers to find out what it was, and about halfway through the meal she sent a message back and said that we were eating internal organs--entrails, intestines, guts, innards and giblets. After knowing for sure what it was, I lost most of my appetite. Charles almost choked to death on a bite of his after we found out, and Dan just chuckled. The food wasn't the same once we all knew what it was, and this is one of the only meals I've eaten where there has been food left at the end.

After doing a bit of research, I'm pretty sure that we at gopchang bokkeum, which is grilled intestines of cattle or pork. It was very chewy and a bit fatty, but the vegetables were all great! This is not a dish that I will knowingly try again, but there is a first time for everything...even eating internal organs.

But seriously, worst surprise ever. It was an unfortunate first experience for adventurous restaurant nights!
Posted by Unknown at 1/16/2013 09:59:00 AM