I haven't posted anything on here for a while, because I haven't been doing any traveling lately. I am reactivating it, though, because I am moving to South Korea at the end of this month.

I will be working at SPOL Academy in Dongtan, South Korea. Apparently Dongtan is kind of a suburb, so it's not really on any maps. According to a few resources, it's located in Hwaseong City. It does not appear on this map, but it's between Seoul and Suwon, but closer to Suwon. 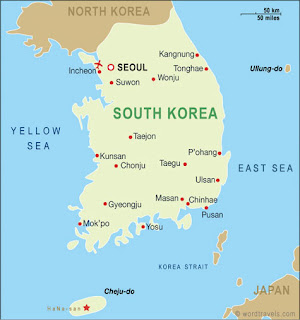 The weather here is pretty similar to Wisconsin--there are four distinct seasons, and there is snowfall in winter. There is a rainy season, which happens at the end of June through the end of July.