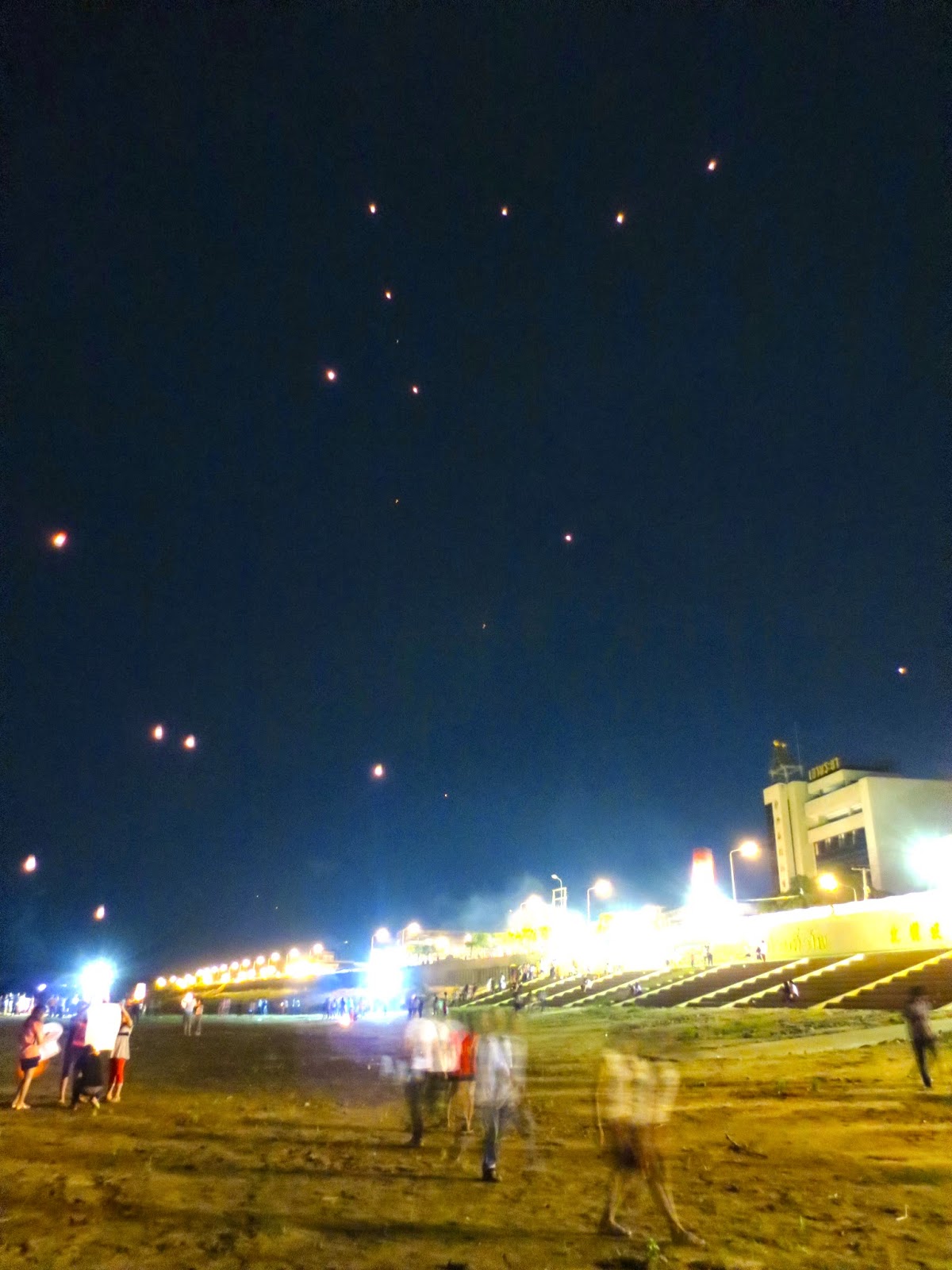 Last week was Loy Krathong, a Buddhist festival that takes place on the first full moon during the twelfth month of the traditional Thai calendar. It is celebrated in parts of Thailand, Malaysia, Laos, and Burma. During the festival, people release paper lanterns, light fireworks, and float little rafts (named krathongs) on the river. Some people release turtles or eels, which they could buy from little stands by the riverbank of the Chao Praya River. The festival in Nakhon Sawan is quite small. In the picture to the left, you can definitely see several lanterns, but this is nothing compared to the celebration that happens in Chiang Mai (a city a few hours to the north of where I live). Some people believe it celebrates the water goddess, Mae Kongkha. 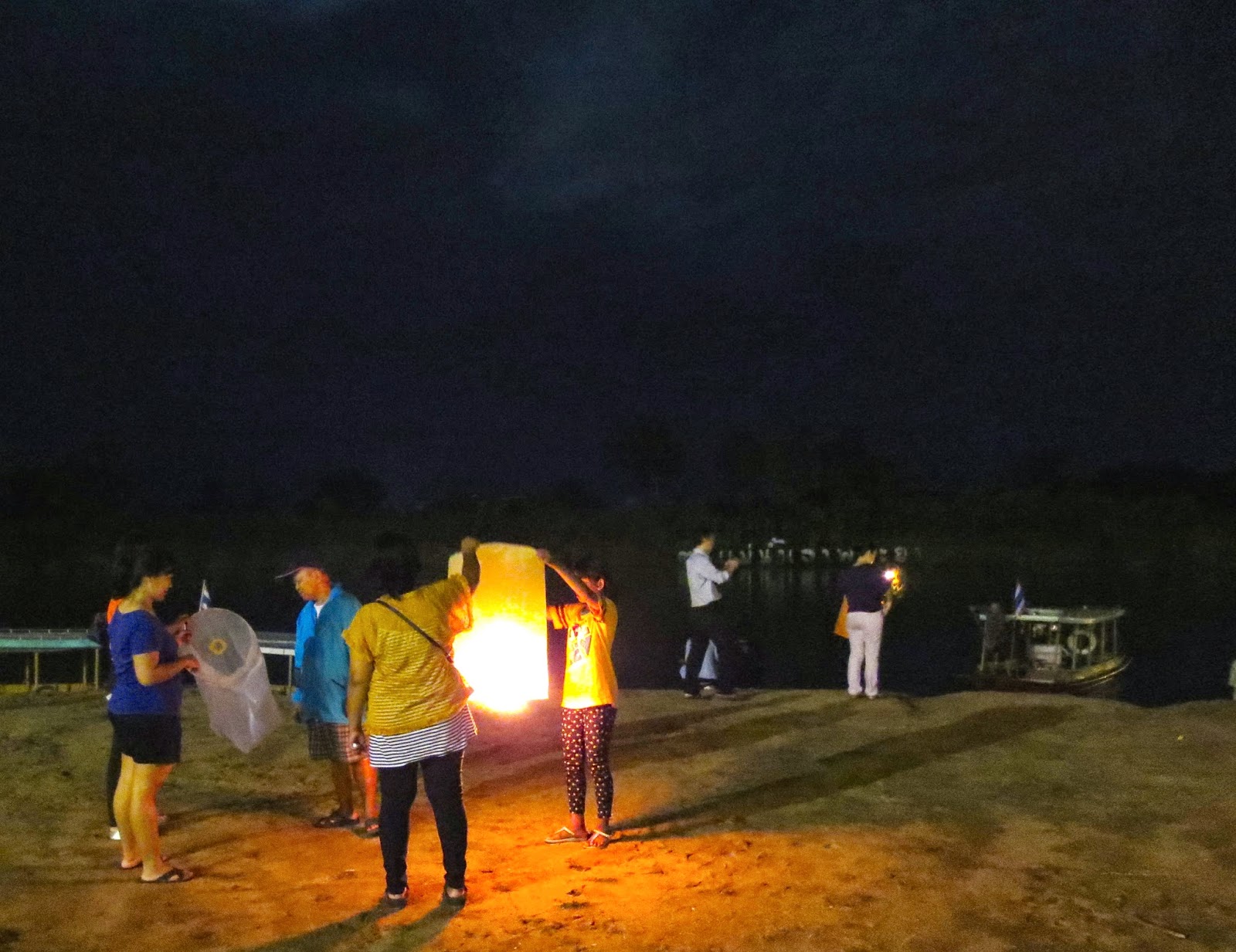 During the festival, people release paper lanterns into the sky. The lanterns are made from super thin paper, usually rice paper, over a frame made from bamboo or wire. In order for these to gain height, people place kerosene-soaked toilet paper into a holder at the bottom. They light it, then wait while hot air fills the lantern. If a person lets it go too early, it usually crashes into a nearby spectator instead of soaring into the sky. I almost got lit on fire this way at one point, but luckily escaped unscathed. 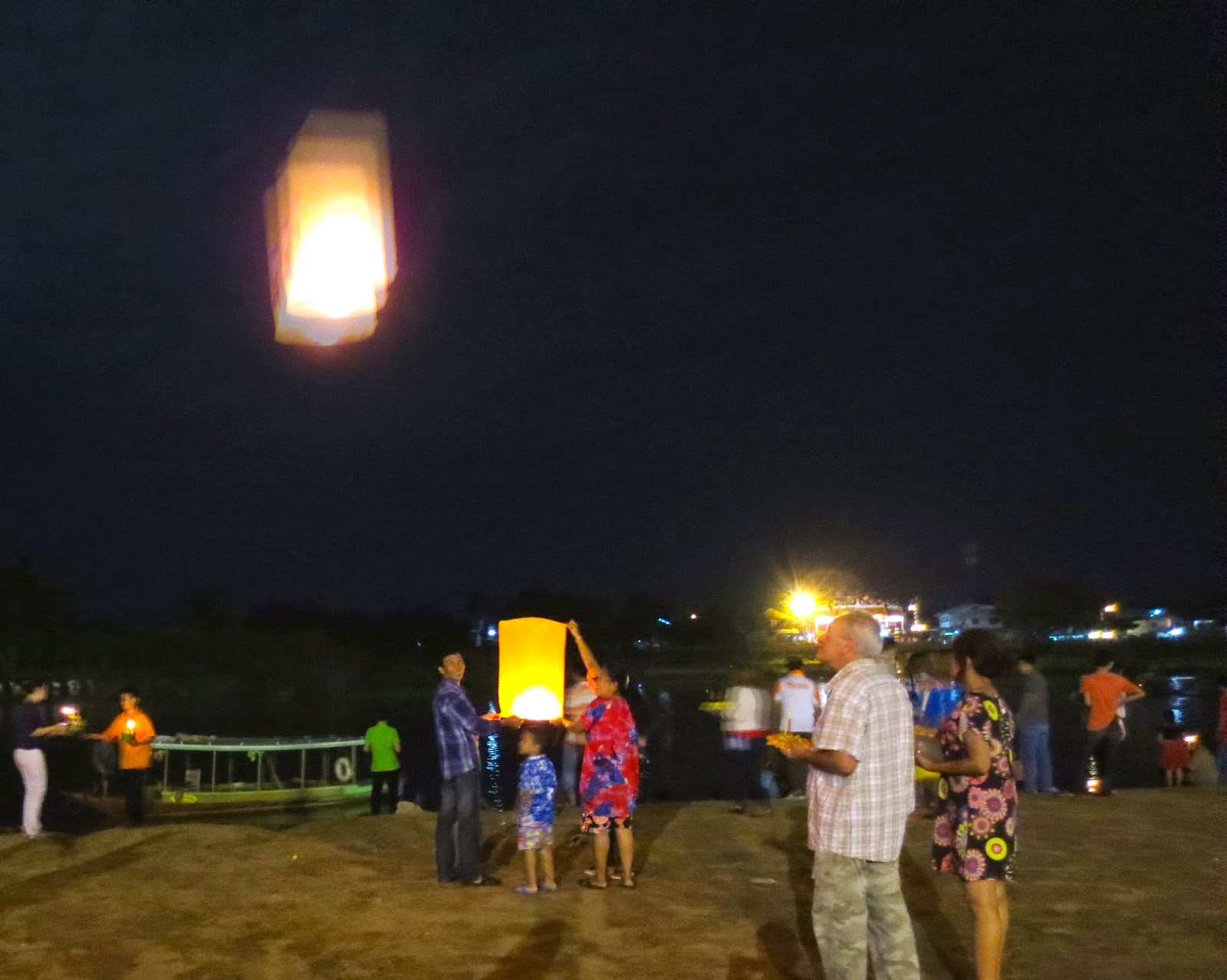 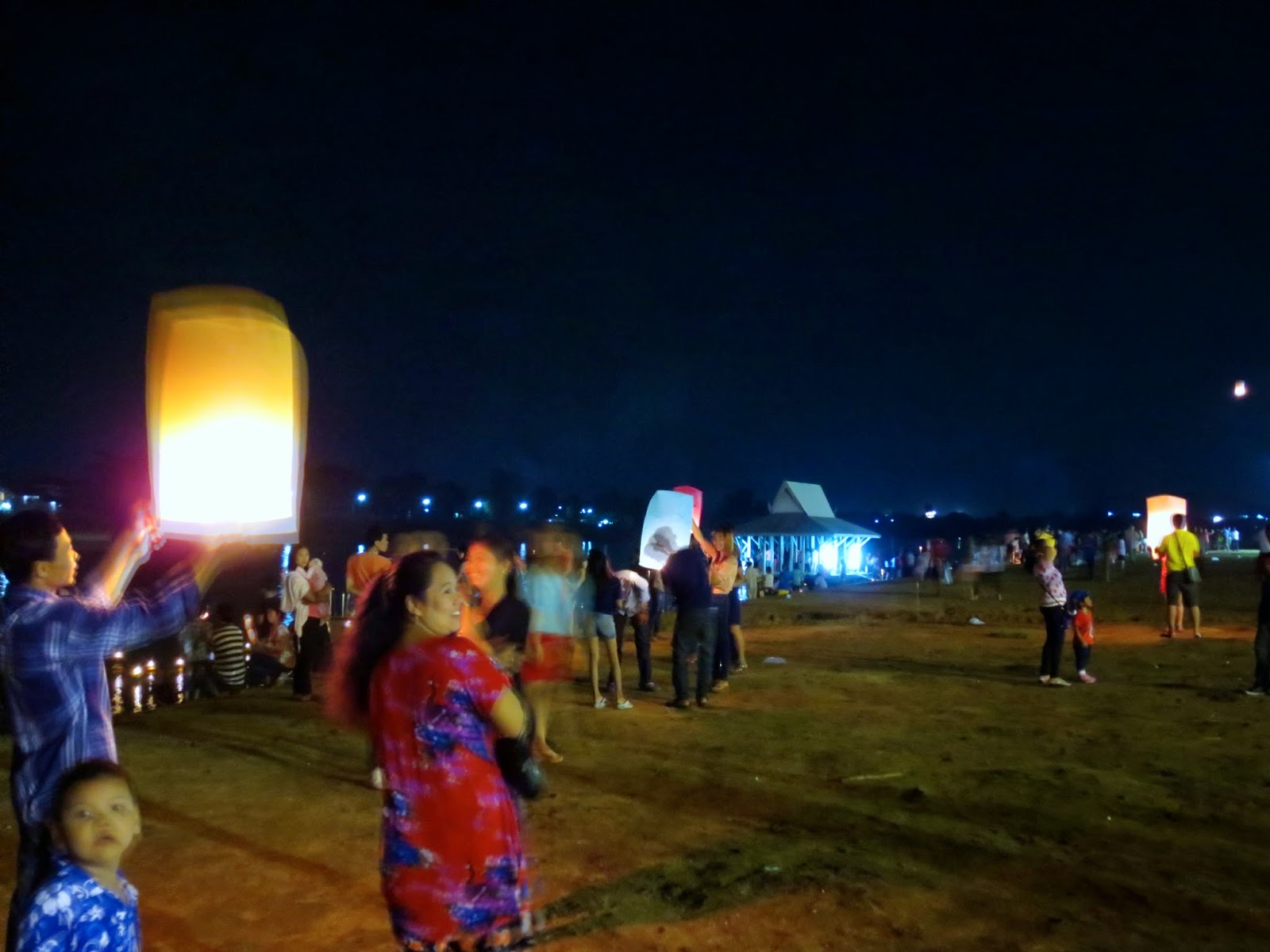 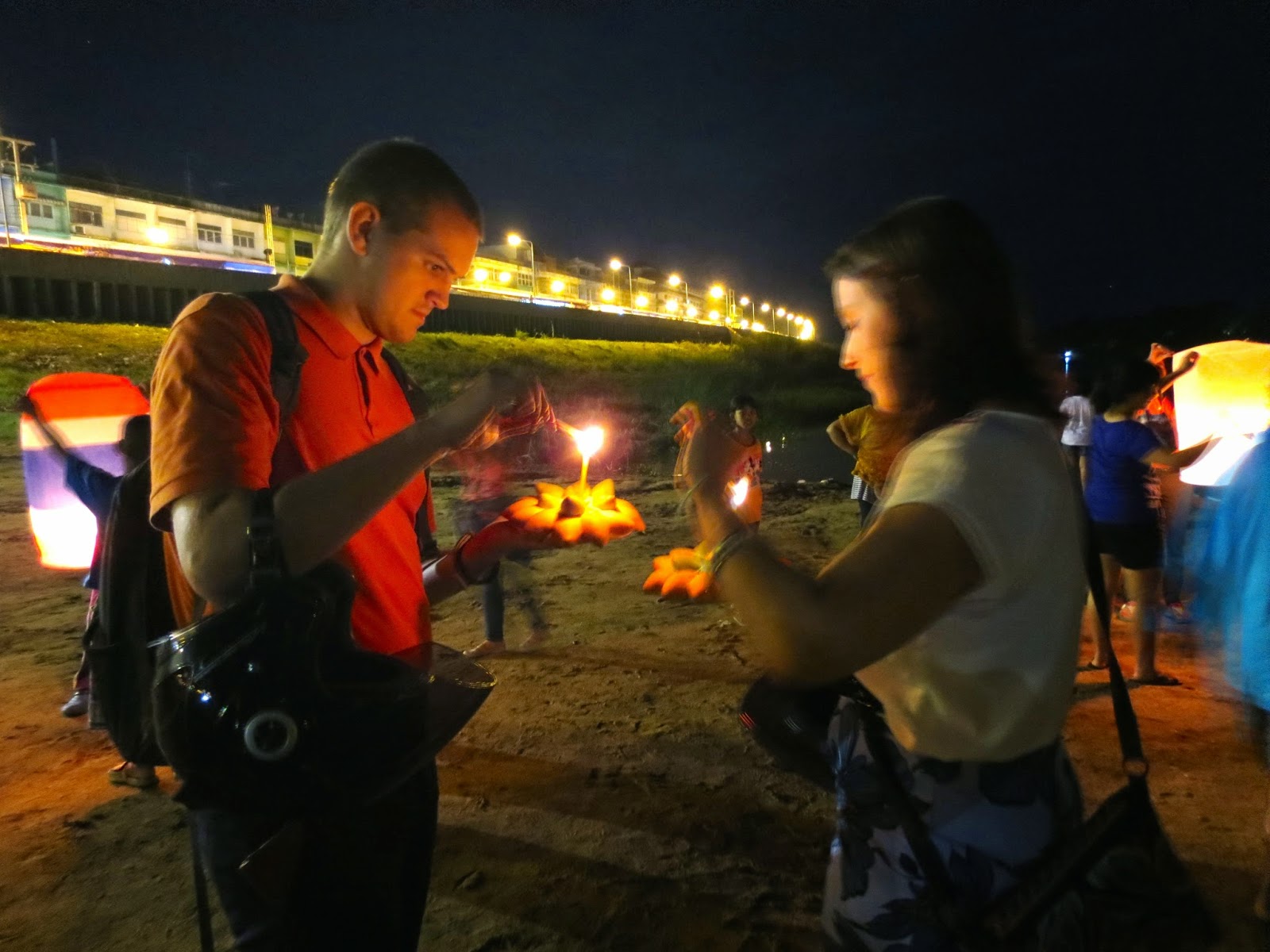 In the picture to the left, Matt and Nici are lighting incense on a variation of a small raft. Traditionally, these are made from banana trees that have been chopped into thick chunks. They are typically decorated with incense, candles, lotus flowers, and sometimes money. Ours are made from bread so that they can provide a safe meal for the fish and turtles. 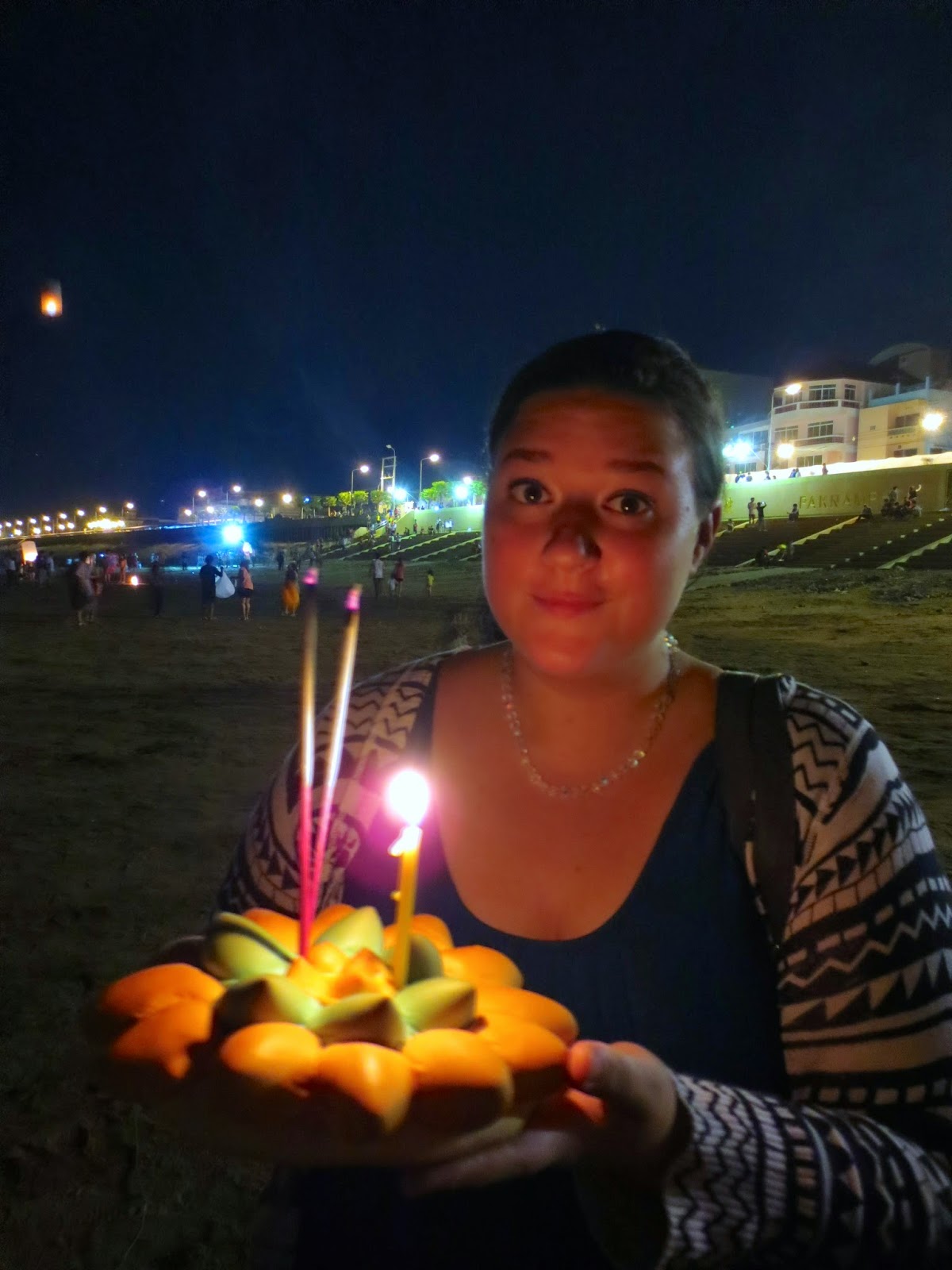 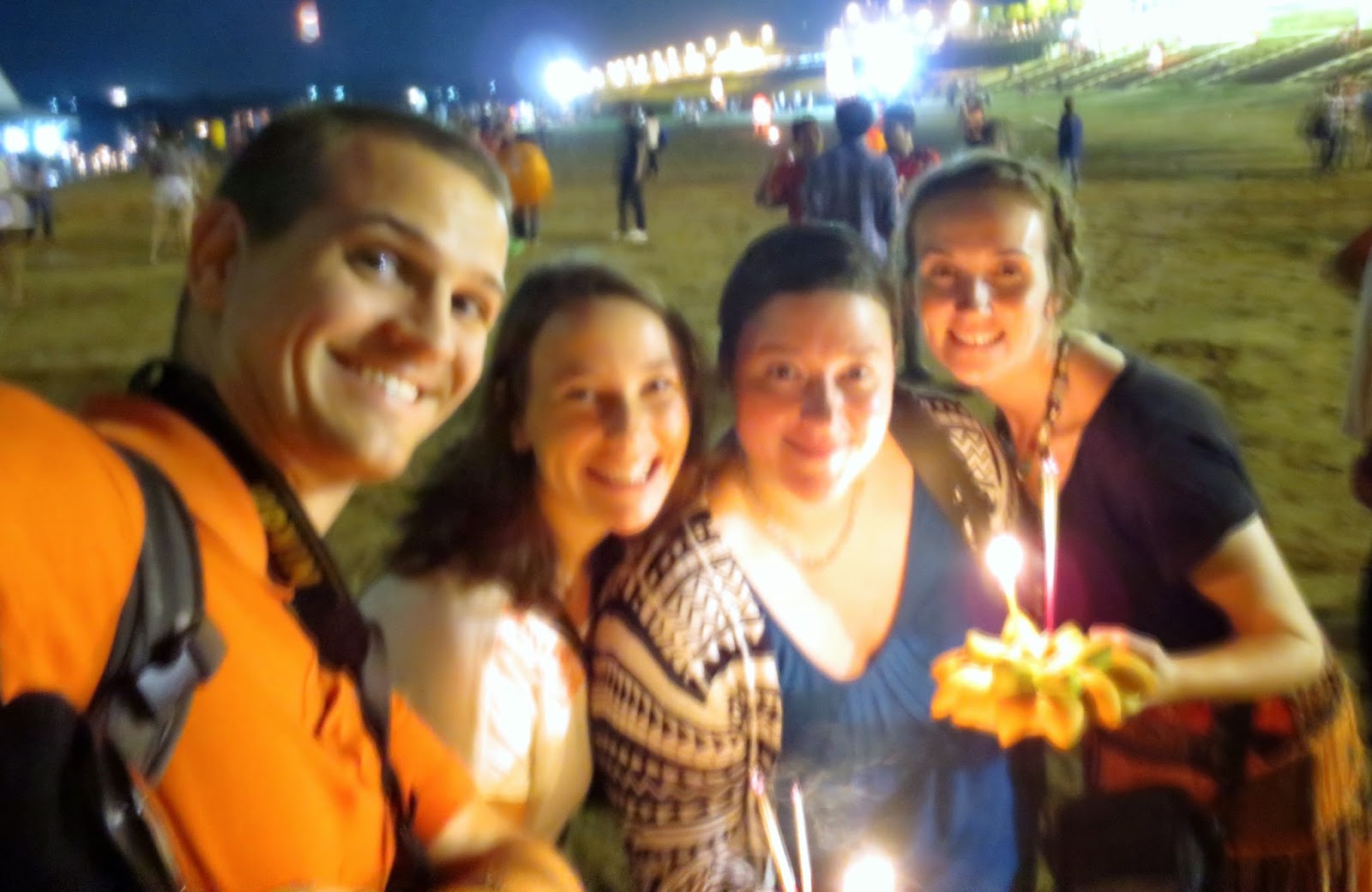 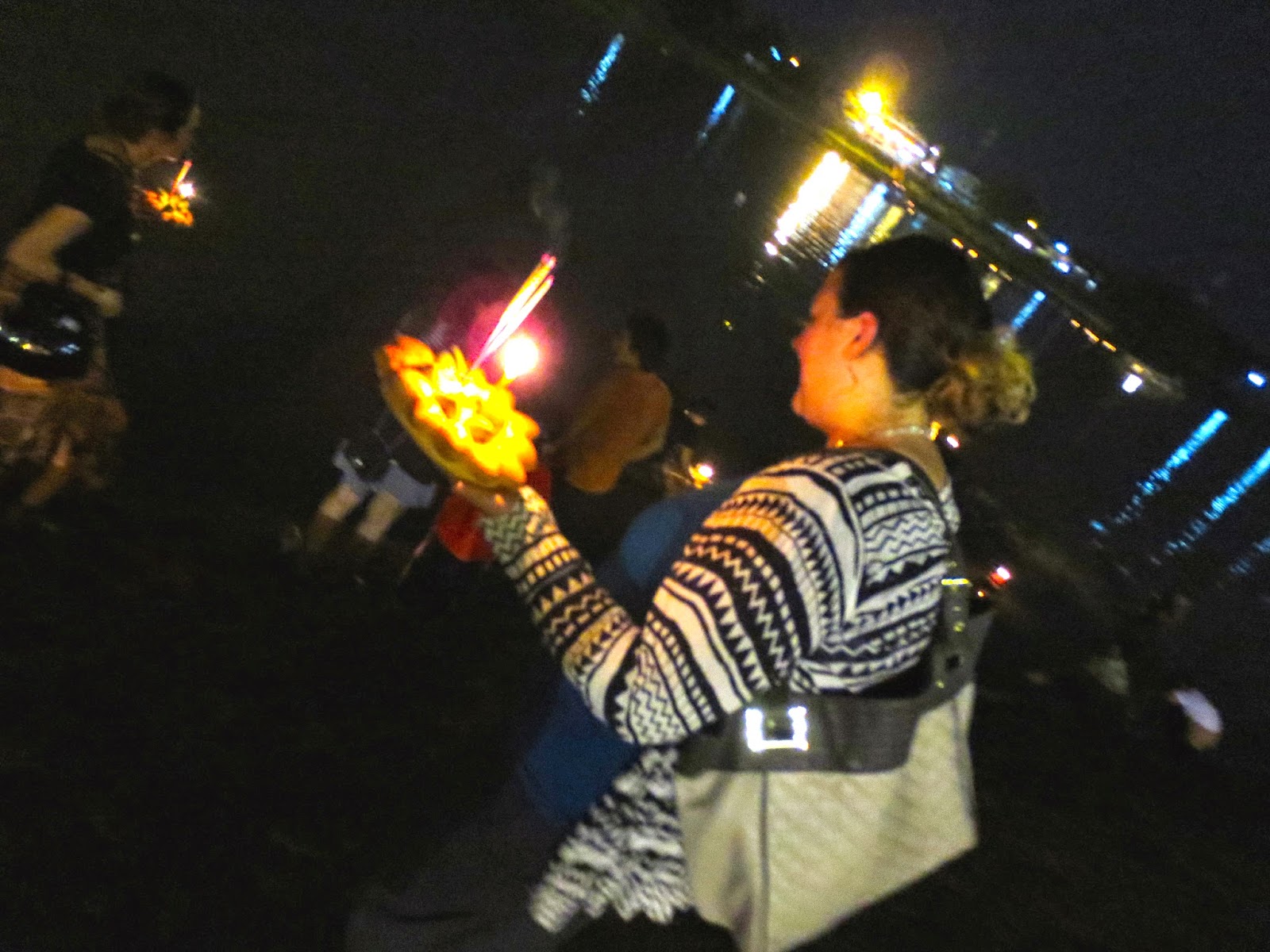 There were a bunch of young kids in the river (around 10) that helped the little wreaths out into the middle of the river so they did not get stuck by the river banks. 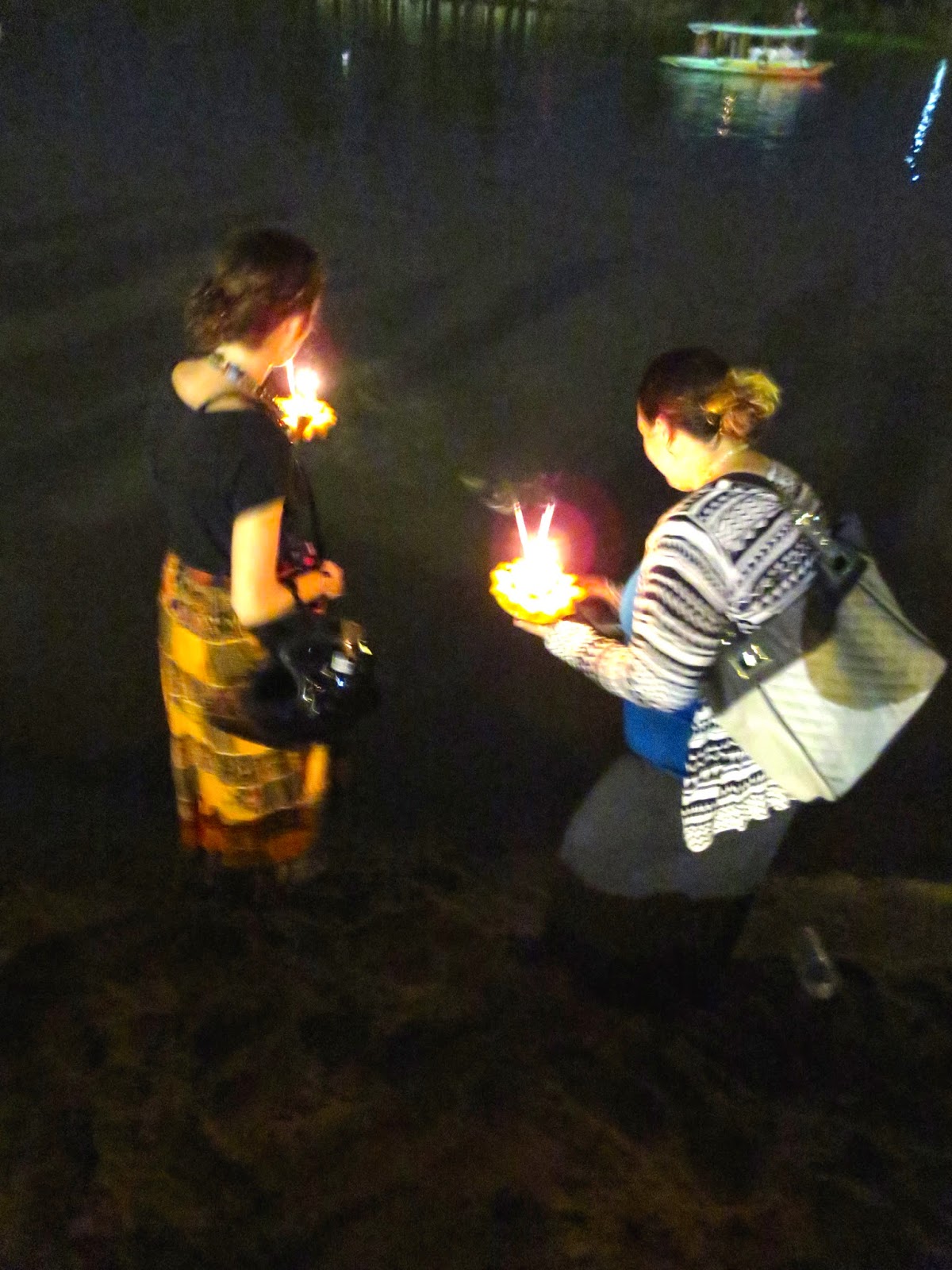 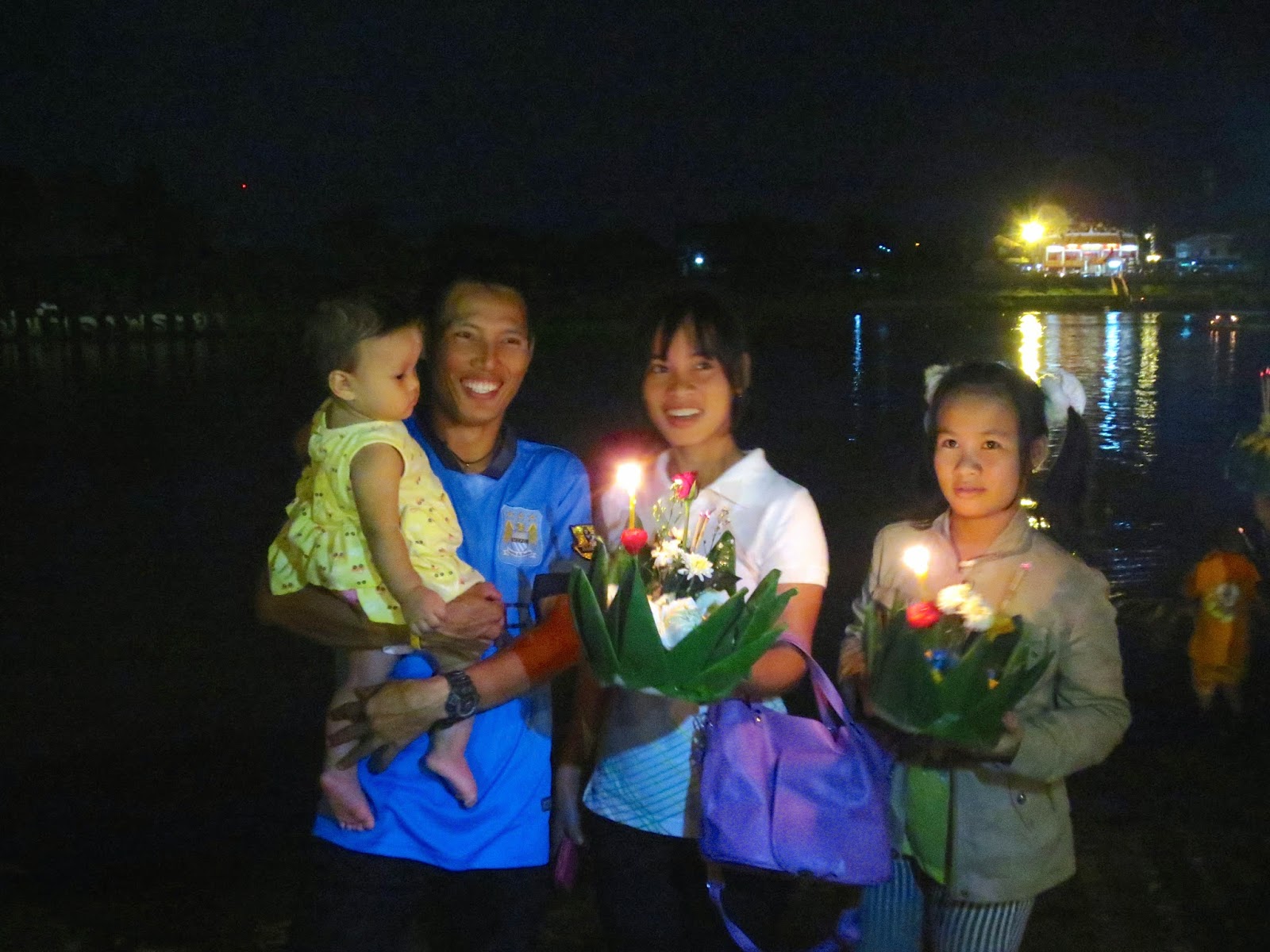 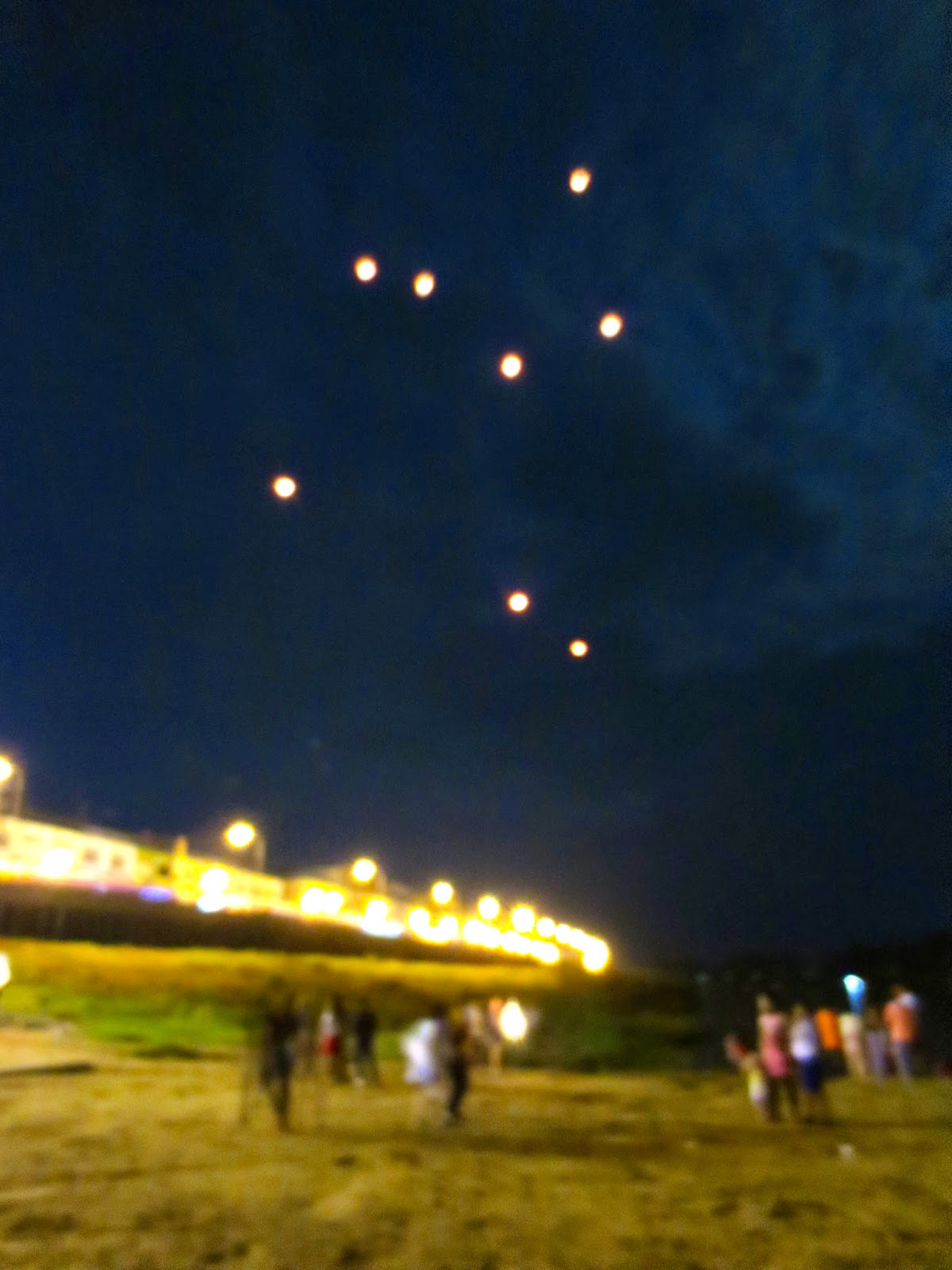